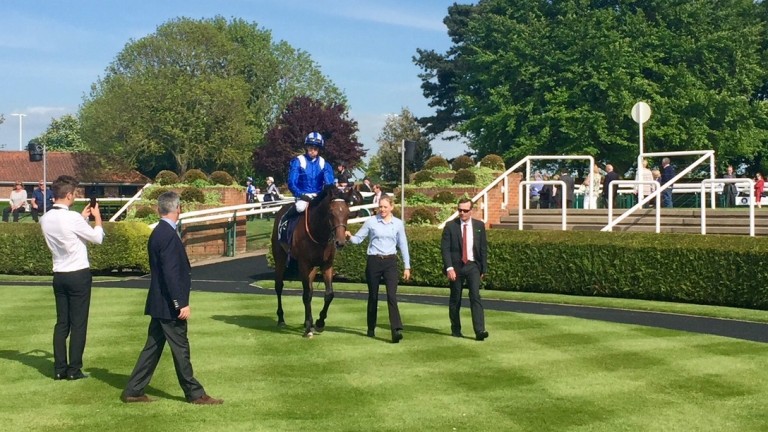 Wadilsafa: boasts a progressive profile and appears the one to beat in the Smarkets Fortune Stakes at Sandown
1 of 1
By Jack Haynes UPDATED 6:13PM, SEP 18 2018

There has been a welcome change in fortune for Owen Burrows in the last week and the Lambourn trainer bids to land the £40,000 Listed Smarkets Fortune Stakes at Sandown with the progressive Wadilsafa (3.15).

A combination of the prolonged summer sun and an under-the-weather string has made for a frustrating season for Burrows, but after a three-week spell without a runner, he is beginning to reap the rewards of easing off his string with two winners and five places from eight runners.

Wadilsafa was an authoritative winner of a handicap at York when last in action in July and is the one to beat at the ratings in this nine-runner contest.

Burrows said: “I had been left scratching my head before we found out we had a bug in the yard, but it's been much more encouraging since we've started having runners in the last week and the horses are pleasing me at home.

“We have a lot of horses who are fresh for the backend of the campaign.

“Wadilsafa has a nice progressive profile, pulled away from some decent handicappers at York and this is the next step up."

Hannon said: “Red Starlight won well at Lingfield last time, and although she’s up in grade, she’s capable of going well at this level.

“Flying North is a good filly on her day and things just haven’t gone her way on a few occasions.”

Saeed Bin Suroor’s Winter Lightning (3.35) returned to action with a fine third in the Atalanta Stakes at Sandown at the start of the month and lines up in the feature £50,000 EBF Stallions John Musker Fillies’ Stakes on day two of the Eastern festival at Yarmouth.

The step up to 1m2f is likely to favour the three-year-old daughter of Shamardal, a general 33-1 chance for the Fillies & Mares Stakes on Qipco British Champions Day at Ascot next month, who won a Listed event at Meydan in February. 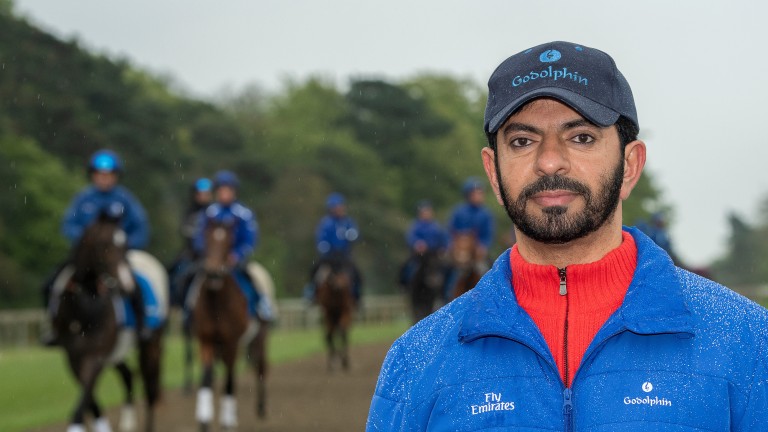 Saeed Bin Suroor: runs Winter Lightning in the feature Listed race at Yarmouth
CHRIS BOURCHIER
Bin Suroor said: “She ran well at Sandown and needed the race. She worked well in her last piece of work on the Limekilns, is in good condition and the step up in trip should suit her.

“She’s an improving filly and this is a nice race for her.”

Winter Lightning receives 8lb from main danger and topweight Chain Of Daisies, who carries a 3lb penalty for an easy win in the Listed Upavon Stakes at Salisbury last month for Henry Candy.

Juveniles to watch at Yarmouth

Aquanura and Alrajaa boast some strong form going into the first division but there will be plenty of interest in the newcomers, including John Gosden’s Frederickbarbarosa, a 210,000gns Book 1 purchase last year, Bin Suroor’s Vertem Futurity Trophy entry Royal Meeting and the William Haggas-trained Victory Day, a brother to former stablemate Homage.

John Gosden’s Azano, a well-bred Oasis Dream colt, and Haggas's Awe, a 120,000gns Book 2 buy, catch the eye in division two but will have to be above average to defeat Sir Michael Stoute’s Sovereign Grant, who finished a promising fourth at Sandown on debut.

There is a strong British presence in the feature €55,000 (£48,673) Listed Prix Coronation Stakes (3.40) at Saint-Cloud with three of the nine runners making the trip over the English Channel.

Haggas’s Ummalnar is unbeaten in two starts and appears to hold the strongest claims with Christophe Soumilion partnering the daughter of Shamardal, while Clive Cox runs Listed-placed Shepherd Market, the mount of Tony Piccone, and Roger Charlton saddles the Maxime Guyon-ridden Savaanah.

FIRST PUBLISHED 6:00PM, SEP 18 2018
Wadilsafa has a nice progressive profile, pulled away from some decent handicappers at York and this is the next step up