Bachasson will have the ground to his liking for chase debut 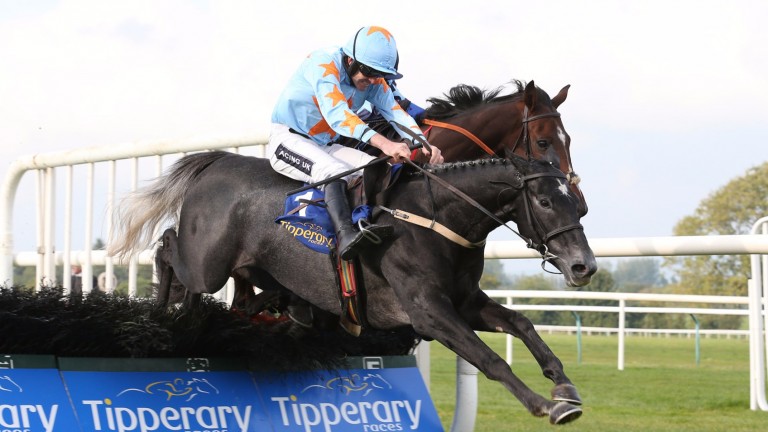 Bachasson: unseated his rider at the Cheltenham Festival last time out
CAROLINE NORRIS
1 of 1
By Tony O'Hehir 12:39PM, DEC 1 2016

Bachasson, who ran up a four-timer over hurdles early last season, starts off over fences in this 14-runner event.

A winner at Grade 3 level and runner-up in the Grade 1 Royal Bond Novice Hurdle at Fairyhouse a year ago, the five-year-old last ran at the Cheltenham Festival, where he blundered and unseated his rider at the last in the Albert Bartlett Novices' Hurdle.

His trainer Willie Mullins, who introduced two exciting newcomers to chasing last weekend when Bellshill won easily at Gowran Park 24 hours before Min made an impressive debut over fences at Navan, said yesterday: "Bachasson's been schooling well and is in good form. They're calling the ground yielding and good in places, and that will suit him."

Bachasson's rivals include the Alan Fleming-trained Tully East, a dual winner over hurdles who will be having his first run over fences on his first appearance since finishing fourth in the Martin Pipe Conditional Jockeys' Handicap Hurdle at Cheltenham in March.

Fleming said: "We're quite pleased with the way he's been jumping. A few of ours have been under the weather in recent months but we're happy with him and, while we're up against a good horse in Bachasson, we're hoping for a good run."

The line-up also includes the Tony Martin-trained pair Cassells Rock, who ran his best race over fences when third at Fairyhouse last month, and Oighear Dubh.