Champions Day IN AT THE DEEP END 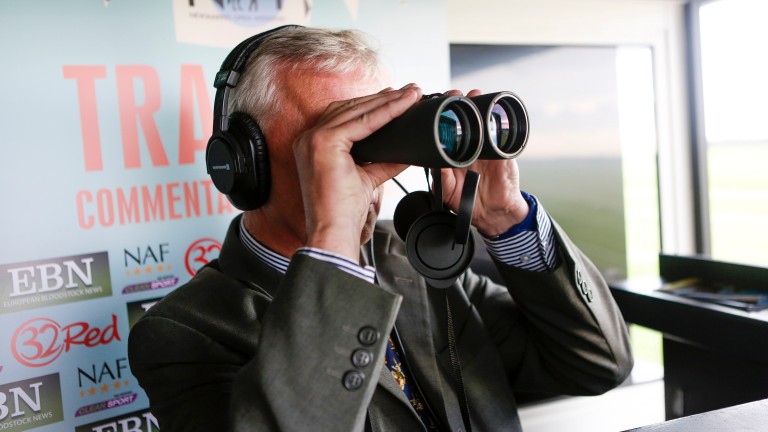 The form of Cap’N is way short of the likes of Order Of St George and Big Orange. So short that he has never even run before.

The six-year-old, trained by Brendan Powell, was a general 500-1 shot on Friday, which is probably not all that generous given his chances of finishing anywhere near the frame against a maximum of 12 opponents in the Group 2.

The hope of securing some prize-money is not realistic either for owners Ishtar, a group new to the sport. The Long Distance Cup, which opens the Champions Day card, is worth £464,500, but there is nothing for finishing seventh or worse.

Powell, whose daughter Jenny will take the ride, revealed on Friday: “The horse came to me two weeks ago from Ireland. The owners sent him over. They paid the entry for the race and they want to go to Ascot.

“The horse can gallop and he won’t cause anybody any hassle. He’s a lovely sensible horse who would be good enough to win a bumper if I ran him in one. He’s a jumping-bred horse, but the owners wanted to run him here.”

He added: “The owners are new to the yard and to racing. They want to buy some horses to go to Dubai to race for the carnival. We’ll do our best and see what happens. This is way too hot a race but the owners pay the bills and they want him to run, so he will.”

New rules have recently been introduced to prevent perceived no-hopers running in the sport's biggest races, with the BHA imposing a minimum rating requirement for all Group 1s on the Flat for three-year-olds and older.

That came in response to the controversy that overshadowed the build-up to this year's Derby, when 1,000-1 chance Diore Lia was declared to run. However, the rules do not extend to the Long Distance Cup as it is a Group 2.

FIRST PUBLISHED 1:47PM, OCT 20 2017
The horse can gallop and he won’t cause anybody any hassle