Avant Tout likely to have one run before Newbury showpiece 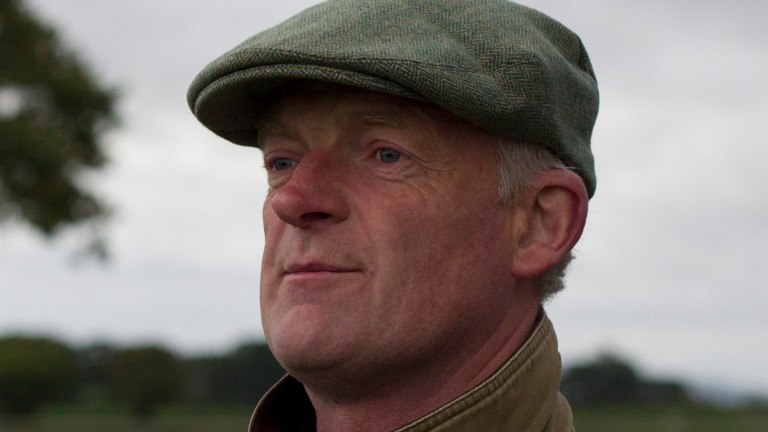 The Willie Mullins-trained Airlie Beach is likely to be favourite for the Grade 3 Mares' Hurdle at Down Royal
Patrick McCann
1 of 1
By Richard Birch 9:05PM, OCT 26 2016

The Willie Mullins-trained Avant Tout, ante-post 10-1 favourite for the Hennessy Gold Cup after landing three of his five races over fences last season, is likely to have one race prior to Newbury.

Steve Massey, racing manager for the Supreme Horse Racing Club, owners of Avant Tout, said: "The horse is in very good order and it's all systems go for Newbury.

"We think he will have a prep run at Naas on November 6, and then he will go for the Hennessy."

Massey added: "There was not much for him in between Punchestown and Galway so we decided to give him a break and focus on Newbury, especially as we feel he is more of a three mile-plus horse. We don't think the trip will be a problem - he just stays and stays.

"He is only six and usually is a very good jumper. His form looks pretty good now as he beat Lord Scoundrel eight lengths into fifth at Punchestown while giving him 7lb, and Lord Scoundrel went on to win the Galway Plate.

"It is absolutely massive to have a leading contender for a race like the Hennessy. There are 12 people with shares in Avant Tout and they are all very excited."