Autocratic delivers a convincing success for Stoute and Moore 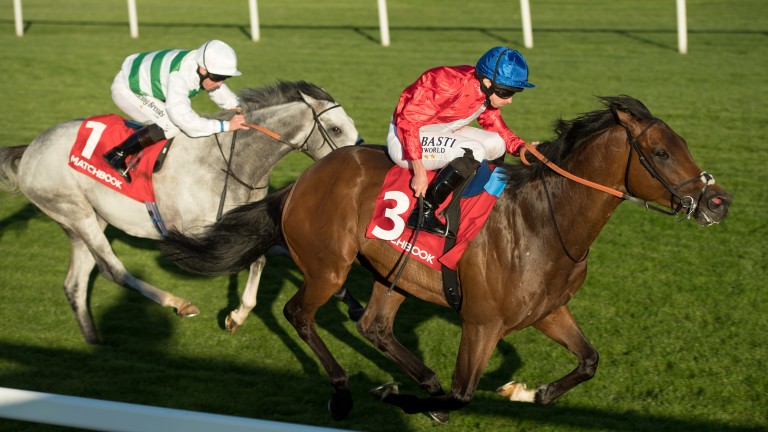 Autocratic and Ryan Moore power home to victory from Algometer in the Brigadier Gerard
Edward Whitaker
1 of 1
By Jon Lees 7:20AM, MAY 26 2017

Sir Michael Stoute and Ryan Moore notched their third victory in the last seven years in the Group 2 Brigadier Gerard Stakes at Sandown on Thursday evening as Autocratic weaved through rivals to score decisively.

Positioned in behind pacesetter and market leader Chain Of Daises for much of the race, Moore was briefly short of room but managed to find a gap between the fading leaders and came with a strong run to hold off the well supported Algometer by a length and a quarter.

The field was reduced to only seven runners after morning favourite So Mi Dar was taken out by John Gosden for the second time in a week – this time owing to a blood analysis not being right – and what looked a competitive contest beforehand certainly proved that as five rivals had a chance entering the final furlong.

However, it was the proven stayers who came to the fore as the winner and the second had already scored over 1m2½f and 1m3f respectively.

Autocratic, a four-year-old son of Dubawi, could finish only sixth of seven on his seasonal reappearance at Newmarket last month in a race won by Steel Of Madrid, but dramatically turned the form around with the Richard Hannon-trained second favourite, who failed to put his best foot forward and finished third.

Previously victorious in the race with Workforce (2011) and Carlton House (2012), connections will no doubt be hoping this lightly raced four-year-old can go on to achieve the same level of success. Given he is rated only 102, plenty of improvement looks forthcoming this season.

Havana Grey steps up in style

Havana Grey proved too quick out in front as he made all under PJ McDonald to give trainer Karl Burke victory in the Better Odds With Matchbook Listed National Stakes.

A five-length winner at Ayr on his last start, Havana Grey needed to improve again but did so professionally, while some of his rivals were let down by inexperience.

Sent off at 5-1, Havana Grey never saw a rival, with the 7-4 favourite Frozen Angel making late ground but never getting close enough to make a telling challenge.

While McDonald encountered no traffic problems, greenness led to some scrimmaging in behind, with Chagatai the biggest culprit and giving jockey Adam Kirby a tricky time on the rail.

The winner was cut to 8-1 (from 20) by Paddy Power for the Norfolk Stakes at Royal Ascot and discussions will need to be had among the Burke team as to whether they stick to five furlongs or go up to six. 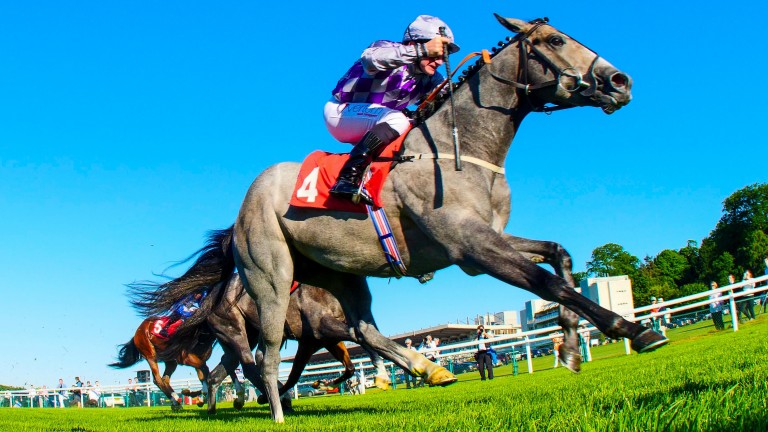 McDonald said: "He went through the first half of the race like a knife through butter."

Kelly Burke, the winning trainer's daughter, added: "The plan is to go to Royal Ascot but we don't know whether to go for the 5f [Norfolk] or 6f (Coventry]. The way he ran there you would probably say five furlongs, but that will be up to the boss.

"He's such a straightforward horse, all he wants to do is please you. PJ has ridden him from quite early days and really liked him, so it's nice for him to keep the ride and for the horse to perform like that.

"He'll definitely be better taking a lead but we didn't want to lose that rail because he had a good draw. He showed second time out he does improve with something to aim for."

Khafoo keeps them at bay

The Richard Hannon stable took the Listed Heron Stakes for the third time in ten years when Khafoo Shememi, under Ryan Moore, kept all at bay and repelled the late thrust of Escobar, under William Buick, to score by a neck.

Hannon, whose father won the race with Montiridge and Redolent, said: "He looked a smart horse when he won the Easter Stakes then he went to a handicap at Ascot and he didn't run his race. He won well here.

"He tries very hard. He's a smashing horse who I hope I can keep for next year. We'll take it steady and don't need to overface him."

Tina Smith dropped her whip on Boycie just before the half-furlong marker of the opening handicap but it made no difference as the 19-year-old rode her third winner on her first ride at Sandown. 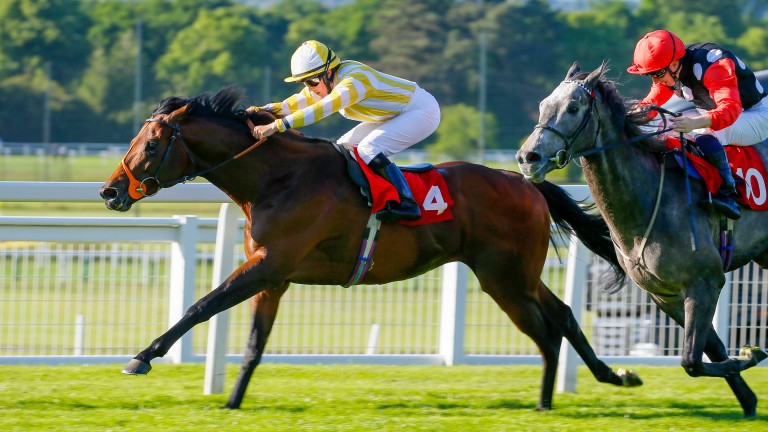 Her boss Richard Hannon said: "Tina works very hard and rode a lot of our yearlings. She has a great partnership with this horse."

A few tears were shed after Laidback Romeo captured the Matchbook Betting Podcast Whitsun Cup Handicap in the Craddock family colours made famous by Lethal Force.

"We had him for sale and off 92 he would have been a handy buy but Robin Craddock believed he would be worth going on with but sadly he is not here anymore," said trainer Clive Cox. Craddock, 51, died in December.

FIRST PUBLISHED 8:46PM, MAY 25 2017
What looked a competitive contest beforehand certainly proved that as five rivals had a chance entering the final furlong