Talk of the Tracks THURLES 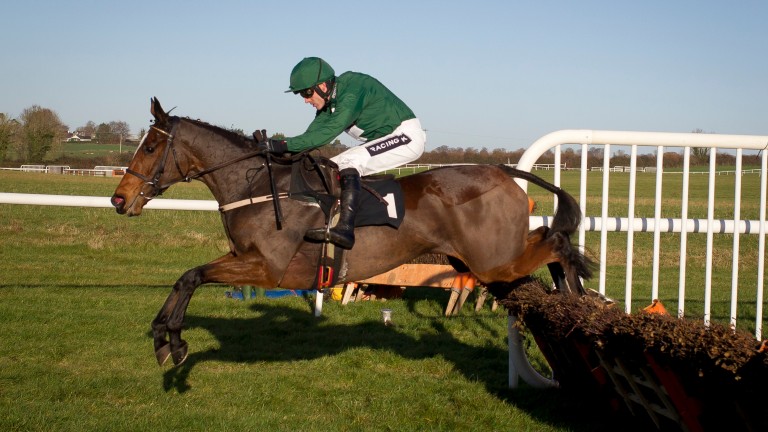 Most thoughts at the start of the season about Augusta Kate might well have concerned her being a leading contender for the Trull House Stud Mares' Novices' Hurdle at Cheltenham, so perhaps it was a surprise to see her declared for the 2m7f mares' maiden hurdle here.

Those clutching ante-post vouchers for the 2m1f Cheltenham contest probably don't have much to worry about though. The daughter of Yeats, owned in partnership by Graham Wylie, Alan Shearer and Ant & Dec, looks very likely to drop back in trip as it was merely circumstance which led to her running here.

Her jumping was slick and accurate under Ruby Walsh and she had to do little more than a half-speed to quicken away from her rivals, after which she was widely cut into 6-1 favourite (from 8) for the Cheltenham race.

Trainer Willie Mullins explained: "I normally don't like starting them off over that sort of trip but I didn't think it would be a problem for her. I wanted to start her in a mares' maiden so we took our chance."

Asked if she could drop back in trip, he said: "Oh easily. This was a mares' maiden on a nice track and that's why we ran her. I'll try to stick to mares' races and we'll look for a nice novice race or a winners-of-one over Christmas."

A Mullins and Walsh treble was initiated in the opening beginners' chase by Bellow Mome, who impressed in beating the odds-on General Principle by four and a half lengths.

"I always thought he'd be better on nice ground so he's one to look forward to in the spring," said Mullins.

The step up to 2m7f was the key to the Jessica Harrington-trained mare Billy's Hope landing a novice hurdle under Robert Power – and very straightforward she looked this time too.

"This trip is probably what she's been crying out for," said the trainer. "We were going to go chasing after her last run but this trip over hurdles is probably what she wants. We'll wait now for Christmas but she wouldn't want really heavy ground."

Perhaps Champagne Fever and Lord Windermere captured the imagination more after the feature chase than before it; that's what a titanic struggle will do for you. Credit to the trainers of both stars to have them ready after such long absences.

FIRST PUBLISHED 6:15PM, NOV 24 2016
I always thought he'd be better on nice ground so he's one to look forward to in the spring