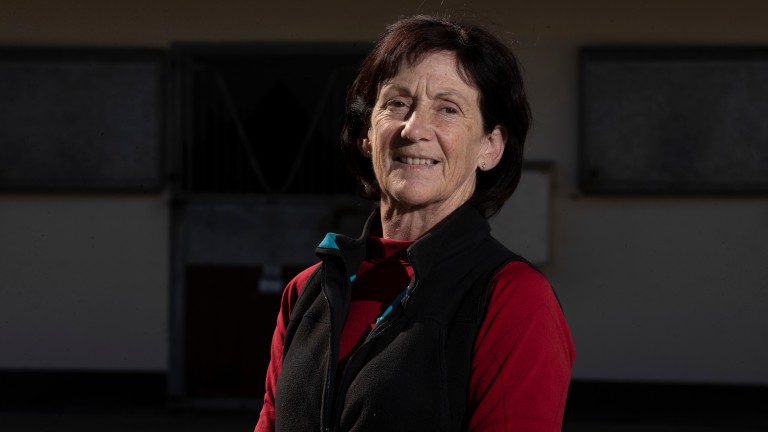 Audrey O'Neill, an exercise rider and groom who has worked for John Oxx for 25 years, won the Irish Racing Excellence Award at the 2019 Godolphin Stud & Stable Staff Awards, presented at the Killashee Hotel in County Kildare on Tuesday evening.

O'Neill, who also won the Horse Care Award and was among eight individual category winners at the ceremony, was chosen for the highest accolade by the judging committee.

The Dedication to Racing & Breeding Award went to Robbie Gallagher, who has worked in the industry for 58 years. He has been head lad at Michael Halford's yard for the last 19 years having spent much of his career with Paddy and Kevin Prendergast.

Emma Connolly, who has worked in the industry for more than 20 years and is travelling head girl for Noel Meade, was the recipient of the Leadership Award for stable staff, while the equivalent award for stud employees went to Coolmore stallion manager Tony O'Meara.

In The Saddle David Roche

David Roche, head lad for Henry de Bromhead, won the In The Saddle Award, while Cheryl McClean, an exercise rider and groom with Willie McCreery, received the Newcomer Award.

The Irish Godolphin Stud & Stable Staff Awards are managed by Horse Racing Ireland and the Irish Stable Staff Association in association with the Racing Post and Racing TV.

A total of ten awards, worth more than €80,000, were presented by writer and comedian Jarlath Regan while David Jennings, deputy editor of the Racing Post in Ireland, acted as master of ceremonies.

The trophies, created by Kilkenny-based sculptor Ani Mollereau, are a contemporary design of a thoroughbred representing the spirit of the horseracing industry.