Atzeni notches up stunning treble on Oaks day at Epsom 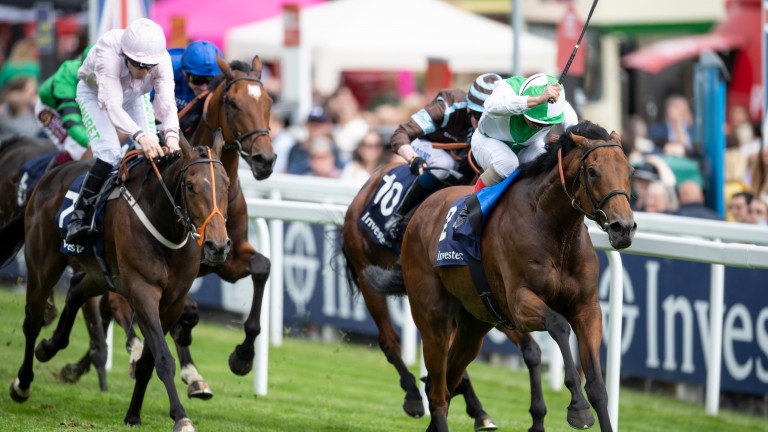 Andrea Atzeni took the mantle of Epsom king with a stunning treble on Investec Oaks day, including two for the equally in-form Roger Varian.

Atzeni, who partnered the Gary Moore-trained Gossiping to a five-length victory in the Investec Mile, then drove out Defoe for a half-length win over Kew Gardens in the Coronation Cup, a second Group 1 for Varian and Atzeni in a week after the success of Zabeel Prince in the Prix d'Ispahan at Longchamp last Sunday.

The Italian, who landed the 2015 Diomed Stakes on Arod and the 2016 Coronation Cup on the Varian-trained Postponed, then added a third success out of the first four races on the well-backed 11-4 favourite Mountain Angel, who prevailed by a length over Jazeel in the 1m2f handicap.

After Miss Celestial brought Atzeni back down to earth when playing up before finishing last in the Surrey Stakes, Atzeni looked sure to complete a fourtimer on Hateya for Epsom trainer Jim Boyle in the finale but was short-headed by another home town runner Corazon Espinado, trained by Simon Dow.

FIRST PUBLISHED 4:11PM, MAY 31 2019
The Italian, who landed the 2015 Diomed Stakes on Arod and the 2016 Coronation Cup on the Varian-trained Postponed, then added a third success