'Athletes should be judged on their skills and strengths, regardless of gender'

The Shergar Cup star is firmly against a concession for women 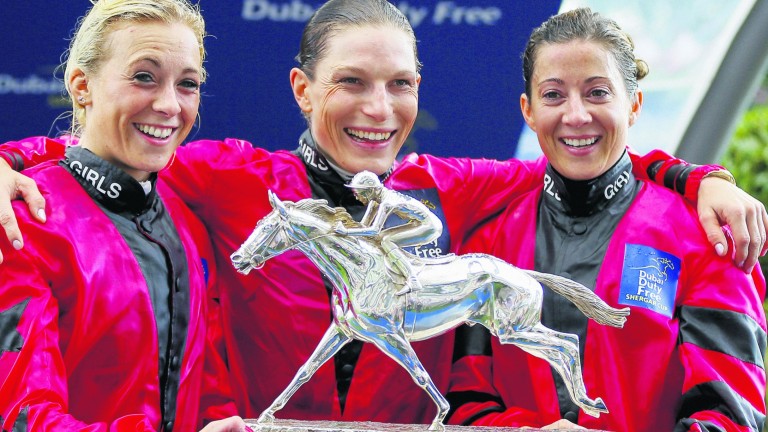 Emma-Jayne Wilson has dismissed France Galop's new allowance for female jockeys as "rather stupid", arguing jockeys should be judged by their abilities, not gender.

The Canadian rider, a regular competitor at the annual Dubai Duty Free Shergar Cup at Ascot, described the introduction of a 2kg (4.4lb) allowance – set to come into effect next month – as a backwards step.

Wilson is Canada's most successful female jockey with more than 1,000 successes. She has taken part in five editions of the Shergar Cup and in 2015 was part of the girls triumvirate that landed the team event for the first time.

Wilson said: "I think the weight allowance for women is rather stupid. I'm a little unclear as to why it's being implemented, but what's it aiming to achieve?

"As always I firmly support equality. Professional athletes should be judged on their skills and strengths, or lack thereof, regardless of their gender."

France Galop president Edouard de Rothschild said the introduction of an allowance, which applies to all races in France below Class 1 level, would create more opportunities for women to ride in races.

Wilson added: "In my opinion offering a weight allowance based solely on gender is going backwards. Women in our sport have proven their capabilities; those who achieve elite status as athletes have proven they're able to compete at the highest level under the same 'allowances' as their male counterparts.

"Not every female jockey will achieve that level – but neither will every male jockey."

FIRST PUBLISHED 2:25PM, FEB 7 2017
Professional athletes should be judged on their skills and strengths, or lack thereof, regardless of their gender