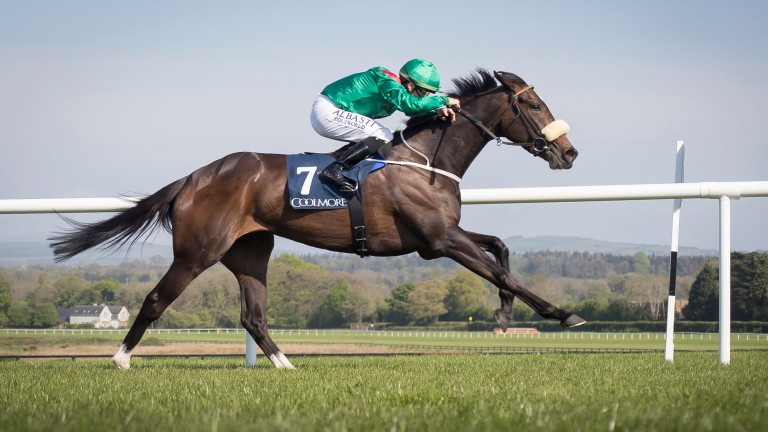 Rehana is the chief threat to Winter's prospects of a Classic double according to bookmakers, with the Mick Halford-trained filly 5-1 second favourite for Sunday's showpiece.

Winner of the Group 3 Athasi Stakes on her reappearance at Naas this month, Rehana will be attempting to become the first winner of that event to land the Irish 1,000 Guineas since Ridgewood Pearl 22 years ago.

The daughter of Dark Angel landed her maiden at the Curragh last summer, when she beat subsequent Group 1 winner Rhododendron, though the runner-up turned the form around at the same track on their next start.

Halford is looking forward to a big run from the Aga Khan-owned filly as she bids to give trainer and owner a first win in the Classic.

Halford said: "After Rehana ran third in the Guineas Trial at Leopardstown we decided to give Newmarket a miss and to aim her at this race.

"She had the fast ground she likes when she won the Athasi and we've been very happy with her since."

He added: "She's a hard, experienced filly but we could have done without the rain and she'll have to prove herself over what is a stiff mile."

Pat Smullen, who takes over from Shane Foley, will be seeking a third win in the race having scored on Nightime (2006) and Bethrah (2010).

FIRST PUBLISHED 6:00PM, MAY 27 2017
She had the fast ground she likes when she won the Athasi and we've been very happy with her since. We could have done without yesterday's rain