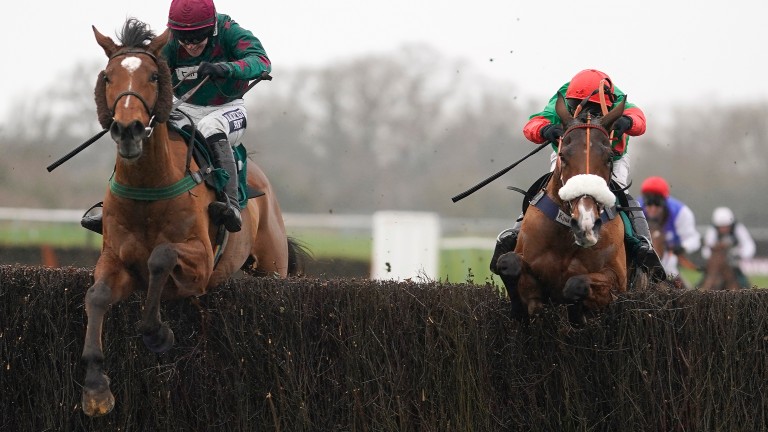 Traditionally a strong race, this year's running has attracted a deep, talented field and should live up to expectations.

Interestingly, three of the last eight winners (no race in 2012 or 2019) carried top weight. The 11-year-old Aso will be attempting to emulate Hey Big Spender (2011), Camping Ground (2015) and Taquin Du Seuil (2016) and he would have a big chance on old form but hasn't shown his best since chasing home Frodon in the 2019 Ryanair Chase.

Two For Gold heads the market and could also represent the likely pace angle in first-time cheekpieces, as could the hooded but progressive tearaway Flowery. A Grade 2 winner at this track as a novice, connections will be hoping the headgear sharpens up Two For Gold's jumping, which has lacked fluency the last twice.

The reliable Oldgrangewood has been dropped 1lb for his Newbury fourth and should be on the premises, but perhaps more interesting are unexposed types Smarty Wild and Another Crick. 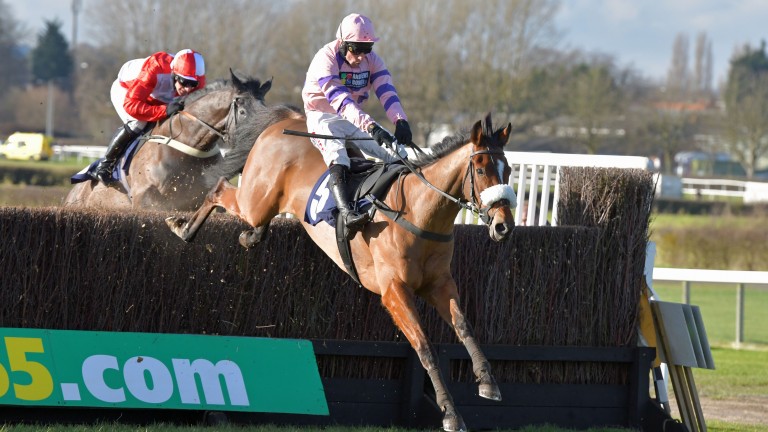 Oldgrangewood: beat Saint Calvados in a Grade 3 handicap chase at Cheltenham a year ago

Smarty Wild is up 7lb after overcoming keenness and relative inexperience at Kempton, while Another Crick – who was a chaser on the up in 2018-19 – showed he retained a decent amount of ability when second in a Uttoxeter novice hurdle following a 654-day absence.

Reformed character Admiral's Secret has recorded form figures of 22111 since he has been ponied to the start and this track could play to his strengths, while Gala Ball was fourth in this race last year off 2lb higher and regular runner-up Spiritofthegames isn't badly handicapped either.
Analysis by Maddy Playle

Kim Bailey, trainer of Two For Gold
We’ve been happy with him since his third at Kempton last time and we’ve put the cheekpieces on him for the first time to help him concentrate. It looks a competitive race but he goes there with a solid each-way chance.

Dan Skelton, trainer of Spiritofthegames and Oldgrangewood
Spiritofthegames gave himself a little cut last time and I’ve been fighting against time to get him back so he may improve for the run. Oldgrangewood has been all dressed up twice but they cancelled his party in recent weeks but comes here in great health.

Philip Hobbs, trainer of Gala Ball and Smarty Wild
It’s hard to say that Gala Ball is well handicapped but a flat left-handed track will play to his strengths. Smarty Wild is the more progressive of the pair and is going the right way. Any further easing in the ground will suit him. 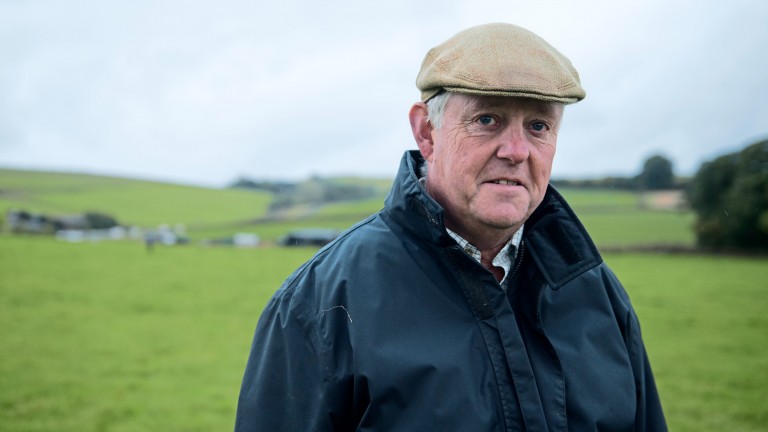 Philip Hobbs on Smarty Wild's chances: "Any further easing in the ground will suit him"
Edward Whitaker

Victor Dartnall, trainer of Admiral’s Secret
We were surprised that he had the speed to win over two miles on his reappearance at Ludlow as he’s better at this longer trip. He should run a nice race.

Iain Jardine, trainer of Flowery
It’s difficult to find races for him as he prefers to go left-handed. Thankfully he goes well fresh so we are expecting a nice run over a trip he likes.

You can watch any of these runners live on the app without placing a bet. Log in to one of your bookmaker accounts via the accounts tab in the bottom right corner, click the 'Watch now' button on the racecard to get started

Noel Williams, trainer of Another Crick
Before his absence he was very upwardly mobile over fences and looked exciting. We were forced to stop with him and he had a lot of time off so the Uttoxeter run was really encouraging in terms of him retaining his ability.

Richard Spencer, trainer of Sir Jack Yeats
He’s going back left-handed which will suit him better and he has a feather weight so he goes there with a chance in a hot race.

FIRST PUBLISHED 6:00PM, FEB 14 2021
Smarty Wild is the more progressive of the pair and is going the right way. Any further easing in the ground will suit him

Rooster Booster: a moment of glory wanted by all but expected by none Yard favourite Hatcher records hat-trick for Dan and Harry Skelton Richard Newland may hold Plate key with 'complete revelation' Captain Tom Cat