A curious quirk of the system at Southwell 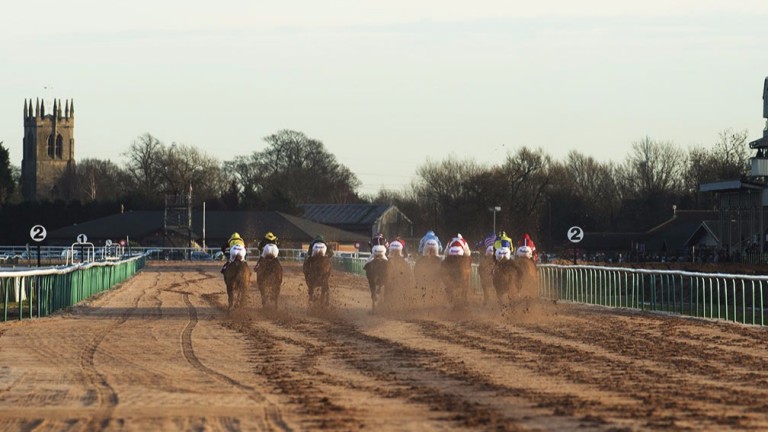 Southwell: where David has spotted a bit of a glitch in the matrix
Edward Whitaker
1 of 1
By David Ashforth 8:00PM, FEB 20 2017

Here's a question for you – a hard one. A strange thing’s happened in the Betway Handicap at Southwell (4.40). Although the race conditions for the 51-65 handicap for four-year-olds and upwards state that the highest weight will be 9st 7lb and none of the runners are carrying a penalty, four of them have been allocated more than 10st. Why?

If you know the answer you might be asked to handicap the Grand National in a few years time. It’s due to a quirk. The highest weight of 9st 7lb is allocated to the highest rated horse with a rating within the handicap band of 51-65. That honour falls to Ralphy Lad even though he is rated only 58.

Horses rated 66 or 67 are also eligible to run but are ignored when identifying the horse that will carry 9st 7lb. Instead, they carry additional lbs appropriate to their rating compared with that of the top weight. So Horseguardsparade, rated 67, carries 9lb more than Ralphy Lad, which equates to 10st 2lb. Noguchi, My Renaissance and The Lock Master, all rated 66, carrry 10st 1lb.

Here’s another question for you. At Taunton, permit holder Gordon Edwards runs River Dun in the opening handicap hurdle (2.20), ridden by his son Darren. Edwards has been training for almost 30 years and his colours – red, green sleeves, hooped cap – have become a familiar sight at West Country tracks but what is his most commonly cited claim to fame?

Edwards, who also trains point-to-pointers, has never trained many winners under Rules – he has never raced many horses. Some seasons have passed without a winner. His most prolific season was 1994-95, with eight wins from 40 runs. Three of the wins were contributed by Chickabiddy and it was one of Chickabiddy’s wins that put Edwards’ name in racing history books.

When Chickabiddy won a handicap hurdle at Exeter on September 7 1994 she was ridden by A P McCoy (7). It was McCoy’s first success in Britain.

Edwards is one of those trainers who seep into your consciousness over the years and, along with other grass roots enthusiasts, make a major contribution to the essence of jump racing. The sport wouldn’t be the same without them.