Cracksman powers to an awesome victory leaving connections in shock 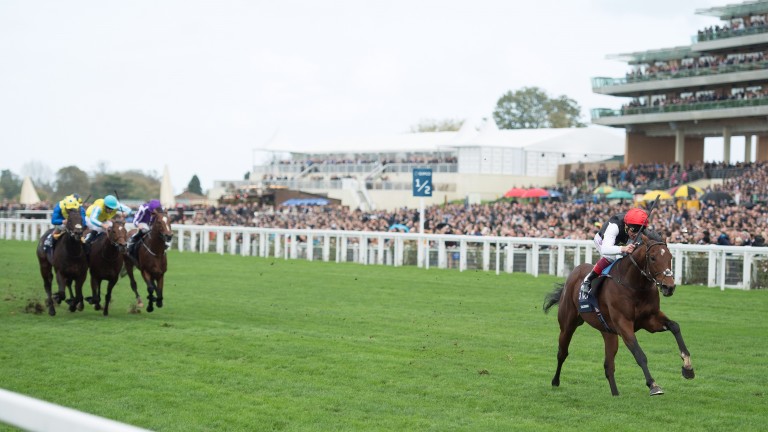 A son of the legendary Frankel, Cracksman also earned a first Group 1 triumph in Europe for his sire in the contest in which his father ended his 14-race unbeaten career.

Sidestepping Chantilly did not prevent trainer John Gosden and jockey Frankie Dettori landing another win in Europe's richest race with the brilliant Enable, but they now know when the filly goes for the double at Longchamp next October her main adversary could be within her own stable.

Cracksman had been a six-length winner of the Great Voltigeur Stakes and a three and a half lengths winner of the Prix Niel but, down in distance and against older horses for the first time, he completed his biggest demolition job yet, dismantling a stellar field to win by seven lengths.

Taken to the front over two furlongs out, he grabbed the ground and powered clear, spreadeagling his helpless opponents to take the £1.3 million prize from Poet's Word with Highland Reel a neck back in third.

Owner Anthony Oppenheimer enjoyed plenty of highs two years ago with Golden Horn a Derby and Arc winner, but Cracksman left him stunned by the fashion in which he executed his victory. 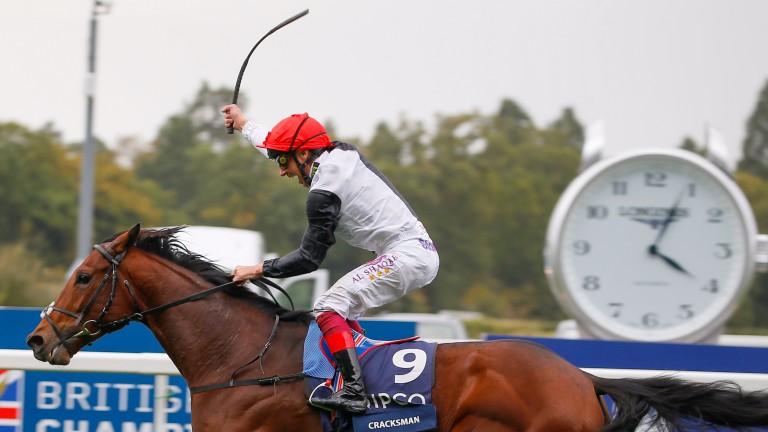 "He just took off, didn't he? We're all suffering from shock."

Ryan Moore attempted enterprise on Highland Reel, taking the multi-Group 1 winner along the 'Bahri' route, under the trees on the far side before the field turned into the straight in search of better ground.

It did not pay off with a win as Cracksman was far too good in the conditions, which also appeared to find out Brametot (sixth) and Barney Roy (ninth), who caused a delay to the start after he was saddled with the incorrect number cloth.

Gosden said: "Cracksman seems to have got bigger and stronger, like a fighter weighing more now. He started as a middleweight, he's now a light heavyweight. He's definitely improved a lot, he handles this ground, he handles good to firm as well. He handled it better than anyone and won it in true style."

He added: "He's grown up a lot. He used to flip and flop about a bit. Coming down from Tattenham Corner he got in a dreadful muddle in the Derby but he's learning to race. I trained his mother and she was very tough and got better later in the year." 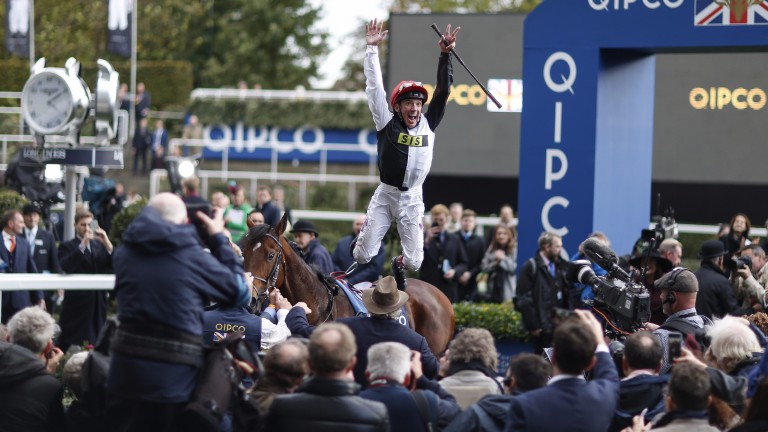 Of the achievement of Cracksman's sire, he continued: "It's great for Frankel to have a son win the race he won and to be his first Group 1 winner in Europe."

Gosden did not regret his Arc call. "I think in the Arc it was a difficult decision but I felt Enable was just more in the zone, just a bit more streetwise than him and Chantilly is not like Longchamp. You've got to have tactical position and kick off that bend. It's not easy. Andre Fabre says often the best horse gets in trouble.

"I was happy with the decision we made and I think it was the right decision."

Cracksman is a top-priced 6-1 for next year's Arc, while Enable can be backed at 3-1.

Although well adrift of the winner, Poet's Word thrilled his connections in backing up his Irish Champion Stakes second.

"He's run a great race," said Saeed Suhail's racing manager Bruce Raymond. "Of course the ground was very heavy for him but he's gone on it and run really well.

"He looked like being fourth but stayed on well again to finish second. I'm sure he'll come back next year and we have a lot to look forward to."

Highland Reel's rallying effort was encouraging for his next start in the Breeders' Cup Turf, a race he won last year.

"We're delighted with him," said trainer Aidan O'Brien. "He was off a long time and he's not a soft-ground horse, so we're over the moon. Hopefully he'll go to America. Under the trees was the only place where he could get a little bit of ground."