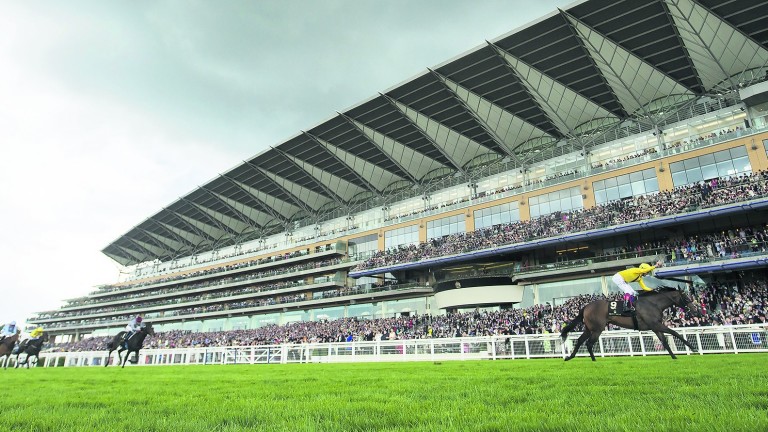 The Ascot grandstand as it would look from a position in the new Village enclosure
Edward Whitaker
1 of 1
By Lee Mottershead 5:48PM, JAN 19 2017

It will be eclectic, relaxed and yet refined.

That bold prediction has been made by Ascot following the decision to give the world's most celebrated racecourse a brand new enclosure for the final three days of this year's royal meeting.

Indeed it's not just an enclosure. It's a village.

For those who do not want to follow the strict formalities of the royal enclosure but find the Queen Anne a tad too populated, there is a new option thanks to the launch of the Village enclosure, which looks set to bring a mighty buzz back to the centre of the track, once a hive of activity in the black and white era.

Advanced bookings start at £63 for the Thursday and Saturday, with Friday available for £60.

That prices it below the Queen Anne enclosure (the old grandstand) but above the Windsor enclosure (previously known as the silver ring). However, dress requirements will be exactly as for the Queen Anne, meaning strapless shoulders and bare midriffs are forbidden, whether they belong to a woman or a man.

"Everything we've been doing for the last few years has been about trying to make the on-course experience better," said Ascot's Nick Smith.

"Key to that is managing crowd sizes and offering tiered pricing. We've thought for some time there is a market for something between the Windsor and Queen Anne enclosures. However, we're deliberately only having the Village on three days this year. In terms of the spectacle, we wouldn't want an enclosure with a relatively small crowd as we want to create atmosphere."

With capacity set to be reduced in the other enclosures, Ascot's overall attendance will not rise dramatically, if at all, even if the Village succeeds in attracting around 5,000 customers a day.

Also on the infield will be those who pick the most affordable of all Royal Ascot areas, the Heath Enclosure, but the prime centre site will undoubtedly be the Village, which is promised to offer the closest vantage points of the racing and royal procession.

According to Ascot's publicity, it will be "special, still unmistakably Royal Ascot, yet with a style and tempo all of its own".

Britain could soon lose a racecourse. It is, however, gaining a village.