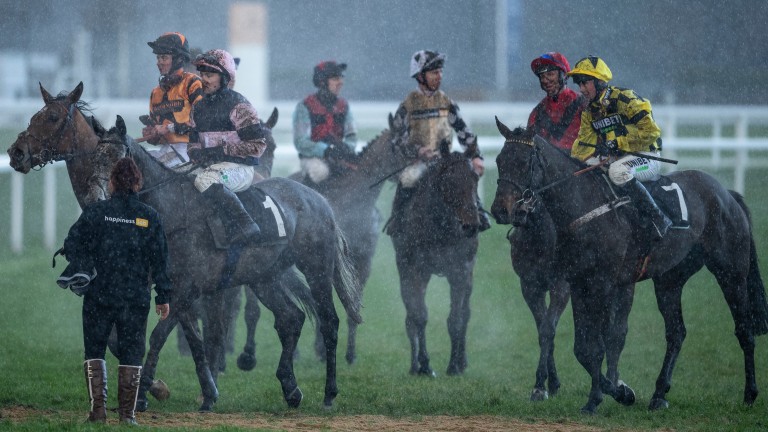 Runners return in the rain following the maiden hurdle at Ascot on Friday
Edward Whitaker
1 of 1
By Peter Scargill and Matt Butler UPDATED 9:11AM, DEC 21 2019

Ascot is to inspect at 8am on Saturday morning to decide if the eagerly anticipated Marsh Hurdle card – featuring superstar staying hurdler Paisley Park – will go ahead.

The news came before the all-weather meeting at Southwell was forced to abandon prior to the fifth race due to standing water on the track.

After the drama of Friday morning’s snap inspection at Ascot, which the course passed, there were no plans for any additional checks ahead of Saturday’s Grade 1 fixture. But that changed before the last race on Friday and officials at the track will take another look on Saturday morning.

Speaking after the fifth of six races on Friday, clerk of the course Chris Stickels said: “We’ll have an inspection at 8am. We could get 6mm of rain between now and mid-morning on Saturday.

“We’re just going to have a look. The only marginal piece of ground was the piece we looked at today so unless I find something else after racing, then that will be the kind of area we’ll look at.”

Racing fans will still be able to get stuck into the rest of the action over the weekend and on December 26 with no problems anticipated at any of the courses.

Haydock officials are anticipating “proper Haydock December” ground conditions for the track’s meeting on Saturday, where the Betway Tommy Whittle Handicap Chase is the highlight. 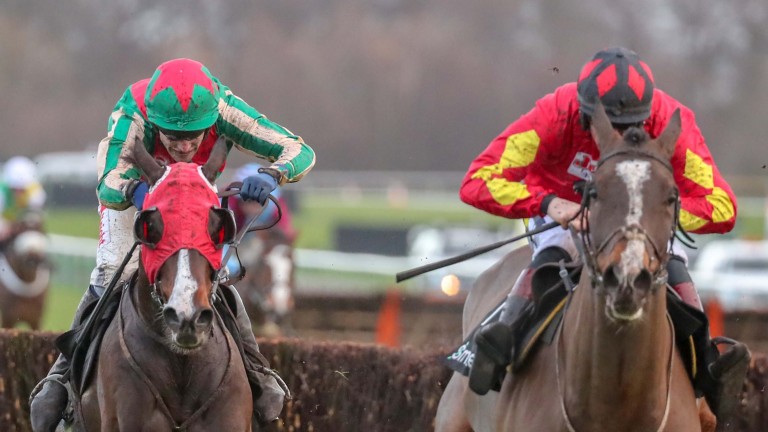 Kirkland Tellwright, clerk of the course, said: “We had 5mm in the gauge this morning and we’ve missed the worst of conditions. We’re only forecast showers between now and racing, so we’re not at risk and we’re looking forward to welcoming everyone to the racecourse.

“The going is heavy on the chase course and heavy, soft in places on the hurdles track. It’ll be proper Haydock December going.”

No racing takes place in Britain and Ireland after Saturday’s action until December 26, with all fixtures confidently predicted to go ahead. 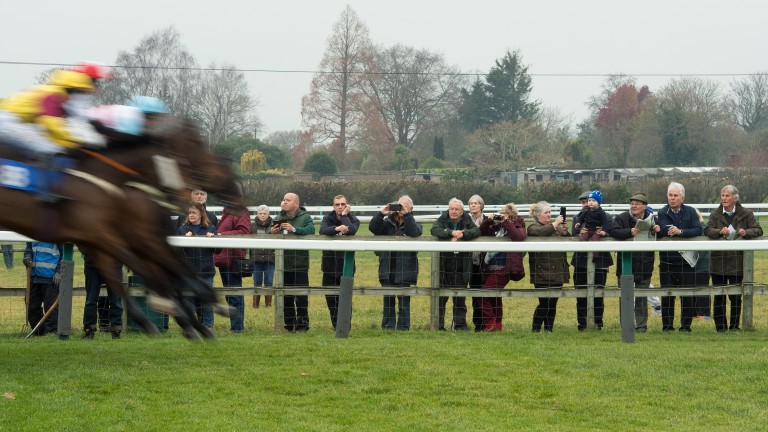 They include Fontwell, which has had to deal with over 30mm of rain in the last couple of days as poor weather has ravaged the south coast of Britain.

However, clerk of the course Philip Hide said: “We’ve had a lot of rain, around 35mm in the last 48 hours, but the course has taken it well and it would have been raceable today. It is mainly dry between Sunday and Boxing Day if the forecast is right, so we should be fine.”

Heavy rain has also fallen on Kempton over the past week and Barney Clifford, clerk of the course, is forecasting soft ground for the Ladbrokes King George VI Chase.

“We’ve had 64mm of rain here since December 14 and the ground is soft, good to soft in places with a 70:30 split,” he said. “The course has taken it extremely well and we’re due another 5-10mm between this evening and Sunday and then it is settled until Boxing Day.”

In Ireland, racing is scheduled to take place at Limerick, Leopardstown and Down Royal on Boxing Day.

Lorcan Wyer, Leopardstown clerk of the course, said: "The going at the moment is soft on the hurdle and bumper track and the chase track is now gone soft, yielding in places. In general, both tracks are soft.

"We feel as well that the hurdle and bumper track for day three and four is proper soft – this [Friday] morning it's walking quite testing on those two inner tracks. The forecast suggests there might be a little shower activity on Saturday and Sunday, and then on Monday, Tuesday and Wednesday, it looks as though we have dry and settled spells."

Limerick racing manager, Patrick O'Callaghan, said: "The ground is heavy but I've often seen it worse. The forecast is good - I spent the whole day walking around the racecourse without a jacket on me.

"I'm really looking forward to four days of top-class racing. Hopefully we get Samcro and Faugheen - if I was being greedy, I'd ask for Fakir D'Oudairies but I'll settle two of those three. We're all set to go and the track is in great shape."

The latest update on the ground at Down Royal is soft, yielding to soft in placed after 14mm of rain since Wednesday.

FIRST PUBLISHED 11:39AM, DEC 20 2019
We’re only forecast showers between now and racing, so we’re not at risk and we’re looking forward to welcoming everyone to the racecourse