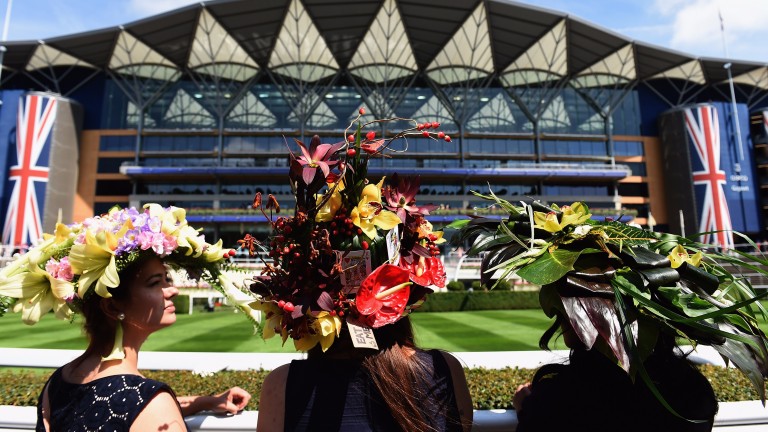 Ascot has posted increased profits for the fourth year in a row according to the course's latest set of financial results revealed on Monday.

In 2013 the racecourse made a profit of £178,000, the first surplus it had posted since its redevelopment in 2006, but by the end of 2016 pre-tax profits had risen 16 per cent year-on-year to £5.1 million, boosted by a successful royal meeting with ticket income up by ten per cent.

Turnover rose by 6.7 per cent to £80m due to strong performance from both the royal meeting and other racedays and increased media rights income.

Chief executive Guy Henderson said: "Basically it's a solid financial performance across the board. Turnover is up, ticket sales are up, our costs are under control, our commercial programme is strengthened and our international reach is strengthening which is helping build profile and revenue.

"With a business like this you do not want it to be over-reliant on one particular strength and therefore we are constantly working hard to strengthen all the streams that contribute to our financial performance.

"We are fortunate in that the business is strong and that we are not trying to take any money out of the business so we can invest."

Henderson thanked official partners Qipco and Gigaset, and all the track's official and raceday sponsors for their continued support.

Qipco is a private venture owned by members of the Qatari royal family and concerns have been raised about the effect on British racing of the ongoing diplomatic crisis involving Qatar and its neighbours.

Asked whether the situation was of concern, Henderson said: "Qipco are long-term supporters of British racing at all levels. We have an excellent working relationship with Qipco based on a shared love of racing and we are very pleased to be working with them.

"Next week we are hosting an international race meeting and we value the support of all our partners from all over the world."

Henderson also said he was watching the current uncertain political and economic climate "like a hawk".

He added: "People don't like uncertainty and Brexit has been an uncertainty for some considerable time although we've seen no sign of that in our business so far.

"We have no complacency and I am a believer in if you lead with customer service and what people want the money will follow."

Next week's royal meeting is due to feature the opening of the new Village Enclosure, the first new enclosure at Ascot since the Five Shilling Stand was opened in 1908, while it is also set to be broadcast live across the US on NBC for five hours every day.

Ascot is also set to launch its own pool betting operation called AscotBet in conjunction with Totepool from next July.

Henderson said preparations were "going very smoothly" and revealed that the course was set to promote a traditional exacta bet with US online wagering operator Xpressbet in advance of a special Pick4 Royal Ascot bet being designed for 2018.

"So, the international reach and innovation has started," Henderson added.

FIRST PUBLISHED 12:32PM, JUN 12 2017
We have an excellent working relationship with Qipco based on a shared love of racing and we are very pleased to be working with them