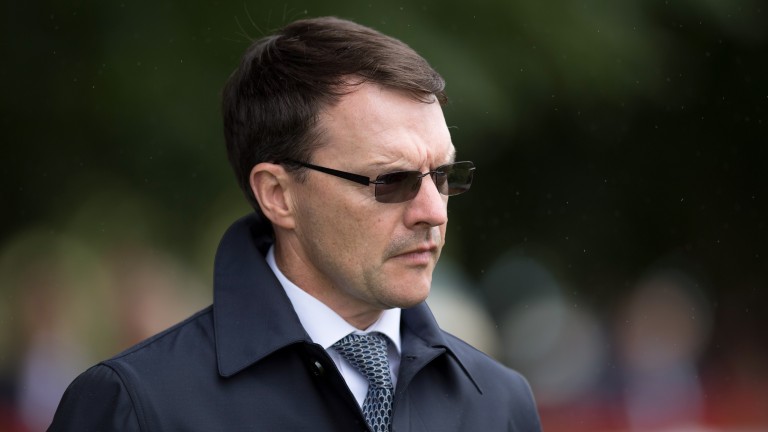 The prospect of Aidan O'Brien making history at Ascot on a glittering Qipco British Champions Day has organisers licking their lips.

Roly Poly's victory in Saturday's Sun Chariot Stakes took O'Brien tantalisingly close to Bobby Frankel's record of 25 for the number of top level wins in a calendar year, and there is every chance the Ballydoyle maestro will match that total or surpass it on the grandest of autumn stages.

On making another piece of history, O'Brien said: "It would be incredible for everyone, but the horses come first – that's most important. The lads decide what races they want to pick, race to race and horse to horse. We're doing our best in every race and that's all we can do."

Roly Poly was O'Brien's fifth Group 1 winner in an eight-day spree that began with Clemmie's success in Newmarket's Cheveley Park Stakes and left the trainer with 23 Group or Grade 1 wins on the board.

It is widely regarded as a foregone conclusion that Frankel's 2003 record will be beaten somewhere before the end of the year and Paddy Power have already paid out on the eventuality.

And there could be few finer stages for the record to be matched or broken than before a packed house at Ascot at British racing's showcase fixture.

Exactly how O'Brien's achievement might be celebrated, should it happen at Ascot, is unlikely to be revealed before the day, but officials at Great British Racing and the racecourse are making plans for the achievement.

Rod Street, chief executive of GBR, said: "We would certainly do something to appropriately mark the milestone should Aidan reach it on Qipco British Champions Day. Aidan has enjoyed unparalleled success in British Champions Series races since its inception, so it would be most fitting.

"On the basis that we already crown the champion jockey and champion owner on the day, we would welcome the opportunity to provide greater recognition to trainers too."

Nick Smith, Ascot's director of racing and communications, said: "It would certainly add to the occasion and we will obviously prepare to mark it on the day, although I can't say how, as it would ruin any surprise.

"These things tend to be a little ad hoc because you don't quite know if you're going to be doing it or not, but when Ryan Moore broke the record for the number of winners at Royal Ascot with nine two years ago we managed to come up with something imaginative."

Elaborating, Smith said: "We gave Ryan a saddlecloth with a number nine on it, which might not sound a lot but I understand it takes pride of place at his home. Our social media guy went to do an interview there and said it was right there in front of everything. 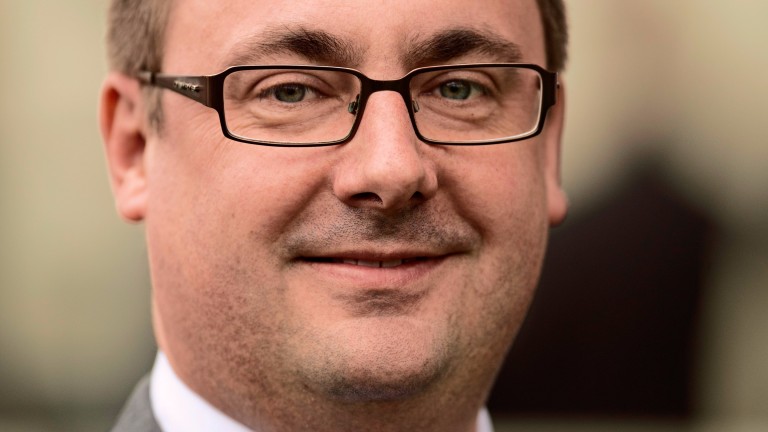 Nick Smith: "We will obviously prepare to mark it on the day, although I can't say how, as it would ruin any surprise"
Edward Whitaker

"These people have a huge amount of memorabilia and I suspect Ryan would not be one to lay out that sort of thing for an interview, so I'm guessing it meant something."

He added: "We'll have to think of something like that for Aidan. The simplicity of Ryan's saddlecloth worked well, as it was easily visible for the photographs, it meant something to him and it marked a genuine achievement.

"Aidan is another who is not one for grand gestures, so something like that is probably what he appreciates. We'll come up with something different, but it wants to be relatively light-hearted but nevertheless meaningful."

Before the bandwagon rolls on to Berkshire, O'Brien has two opportunities to make it 25 at Newmarket. 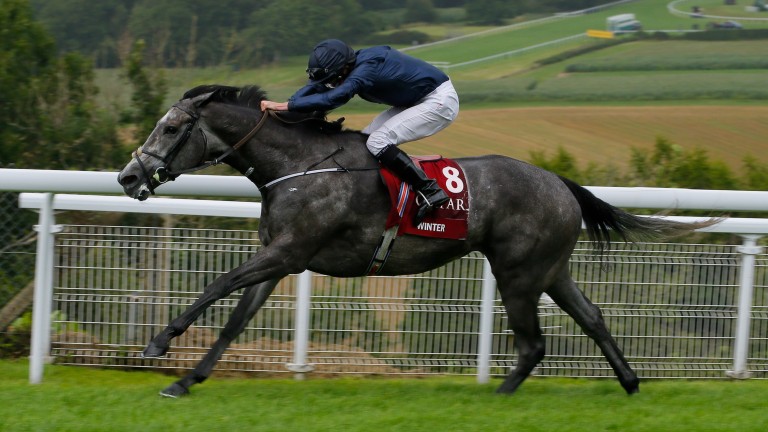 While his prospects of a sixth Darley Dewhurst Stakes are not particularly bright – 7-1 chance Seahenge is his shortest-priced entry in a market dominated by the unbeaten Sir Michael Stoute colt Expert Eye at 4-7 – his five acceptors for Friday's bet365 Fillies' Mile include the first three in the betting in Happily, Magical and September.

Speaking at Navan on Sunday, O'Brien said: "We're looking at running September in the Fillies' Mile, while the two fillies who ran at Chantilly on Arc day – Happily, who won the Lagardere, and Magical, who was fourth in the Marcel Boussac – are possibles. We'll decide during the week, but one of them might join September in the race."

He added: "We won't be finalising plans until the middle of the week for the Dewhurst, but the three we're considering are US Navy Flag, who won the Middle Park, Seahenge, the Champagne Stakes winner, and Threeandfourpence, who won a six-furlong maiden at Fairyhouse last month."

Victory in either the Fillies' Mile or the Dewhurst would leave O'Brien needing just one top-tier victory on Champions Day to match the world record.

From his many possibles – and with the usual provisos – O'Brien volunteered as his likely Champions Day principals his dual 2,000 Guineas winner Churchill for the Queen Elizabeth II Stakes; dual 1,000 Guineas and four-time Group 1 winner Winter for the Champion Stakes; Commonwealth Cup winner Caravaggio for the Sprint; and Matron Stakes winner Hydrangea for the Fillies & Mares.

FIRST PUBLISHED 7:15PM, OCT 8 2017
It would be incredible for everyone but the horses come first. We're doing our best in every race and that's all we can do