Ascot feature moved to Cheltenham after meeting lost to frost 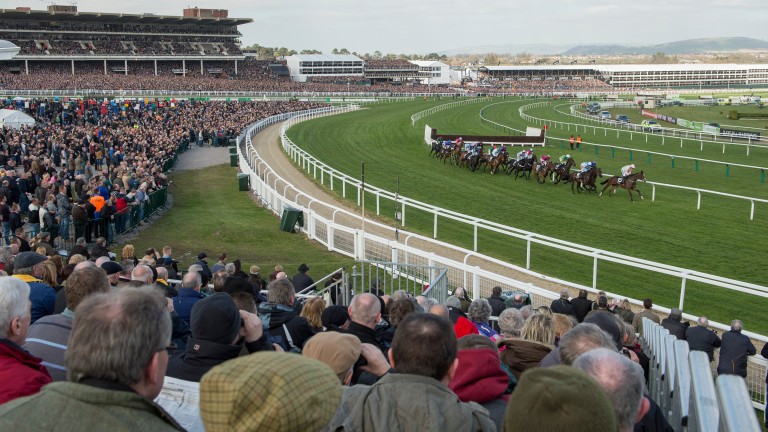 Willie Mullins yesterday signalled he would reroute Un De Sceaux to Cheltenham next Saturday and Ar Mad could join him after the Clarence House Chase was added to Festival Trials Day to make up a bumper nine race card.

The expected transfer of the Grade 1 chase was completed yesterday morning after Ascot succumbed to the elements at 6.30am when an inspection confirmed parts of the course were frozen with temperatures having dropped to -3C.

The race, which had attracted six runners for yesterday's contest, will be reopened until Tuesday with Un De Sceaux, who was set to go off the odds-on favourite, set to be included.

The trainer said he would also consider his other intended Ascot runner Whiteout for the Grade 2 Olbg.com Mares' Hurdle which has been rescheduled at Huntingdon on Friday.

The running of the Clarence House at Cheltenham held less appeal to Gary Moore but the trainer conceded yesterday he may have no other option.

"I'll speak to the owner tomorrow, but my hand is nearly forced to go to Cheltenham," he said. "I'd rather go somewhere more conventional, but apparently the race had to be moved to another Saturday. We have to do what we have to do, but at least we would know if it was worth going back there."

BHA spokesman Robin Mounsey said: "It is the BHA's policy to reschedule cancelled races as soon as possible in order to retain their place in the pattern and so that there is more breathing space to reschedule the race again if further fixtures are affected by the weather.

"Any further delay would mean that the race would run too close to Newbury’s Game Spirit Chase on 11 February. The BHA spoke to all trainers involved and the general consensus was that they would be happy for the Clarence House to be run at Cheltenham.  In line with the BHA’s policy for rescheduling races, the race would be re-opened for new entries, so it is possible that some additional entries might also be received."

The Cheltenham card was already up to eight races following the earlier transfer of the Glenfarclas Cross Country Chase which could not be run at the track in November.

Clerk of the course Simon Claisse said: "We were working on contingencies yesterday to make sure we would be able to have a slightly earlier start in terms of medical and veterinary support and that is all organised and sorted."

Although uncovered parts of the track were frozen yesterday Claisse said no problems are anticipated next week when temperatures are forecast to rise.

"We are going to remain cold until about Monday or Tuesday and then it is going to turn significantly milder from then onwards. There is not much rain about either. There may be a little light rain Friday and possibly a shower or two on Saturday but nothing of real significance."

FIRST PUBLISHED 11:17AM, JAN 21 2017
I'd rather go somewhere more conventional, but apparently the race had to be moved to another Saturday. We have to do what we have to do, but at least we would know if it was worth going back there

'These horses don't come around often' - Derby hero Adayar emulates Galileo ITV Racing tips: one key runner from each of the seven races on ITV on Saturday Are we looking at a Group 1 horse in a handicap? International Stakes insight Dreamloper bounces back to record emotional Valiant success Smaller crowd than usual but over 14,000 expected at Ascot for King George day