Art bids for maximum payout after string of seconds 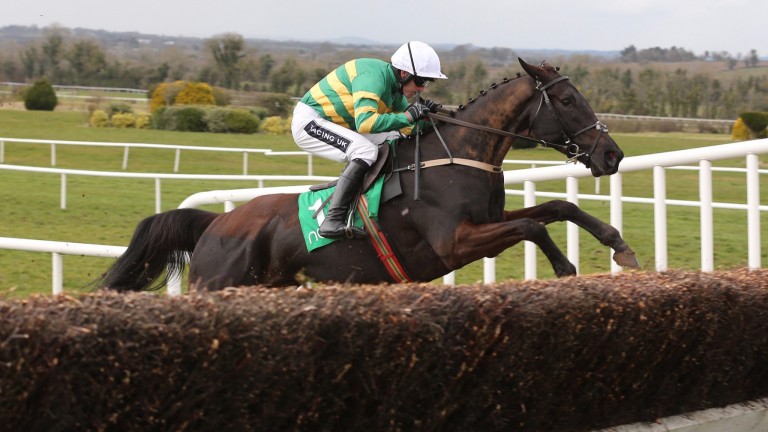 Jarry D'Honneur, pictured here winning at Navan, is one of three runners for JP McManus
CAROLINE NORRIS
1 of 1
By Tony O'Hehir 6:00PM, DEC 2 2016

Art Of Payroll, runner-up on his last three starts, will be dropping back in distance as he bids to get off the mark over fences on his second run in a handicap.

The Arthur Moore-trained Dandridge, who heads the weights, put up his best performances in Britain last season when he won at Doncaster before running second in both the Grand Annual Chase at Cheltenham and the Red Rum Chase at Aintree.

JP McManus is triply represented with the Tom Taaffe-trained Peoples Park, a winner over the trip at Ballinrobe early in the season, the Willie Mullins-trained Jarry D'Honneur, who is making his handicap debut, and My Hometown from the Enda Bolger yard.

Mister Hotelier, who is blinkered for the first-time, is the only course and distance winner in the line up.

Arthur Moore, trainer of Dandridge
He should have come on a lot from his first run of the season at Naas where he got run off his feet by more race - fit horses. He has to give weight to his rivals but he seems in good form.

Willie Mullins, trainer of Jarry D'Honneur
It will be his first run in a handicap and he has plenty of weight, but a greater concern is the ground, which looks like being quicker than ideal for him. He's well and, hopefully, he'll be able to pick up some prize-money.

Sandra Hughes, trainer of Art Of Payroll
He's been in very good form since his last run at Punchestown. The trip is shorter than ideal for him but he's very ground dependent and that's why we're running him. He'll get a break once the ground gets testing.

James Nash, trainer of Leap Dearg
We were disappointed with his last run and couldn't find a reason why. But it's a very good pot and on his best form he would be capable of being there or thereabouts. Rachael (Blackmore) claims a valuable 5lb and is riding really well.

Gordon Elliott, trainer of Turn Over Sivola
He's in good order and the track, the trip and the ground will suit. He has his chance.

FIRST PUBLISHED 6:00PM, DEC 2 2016
The trip is shorter than ideal but he is very ground dependent and that's why we're running him