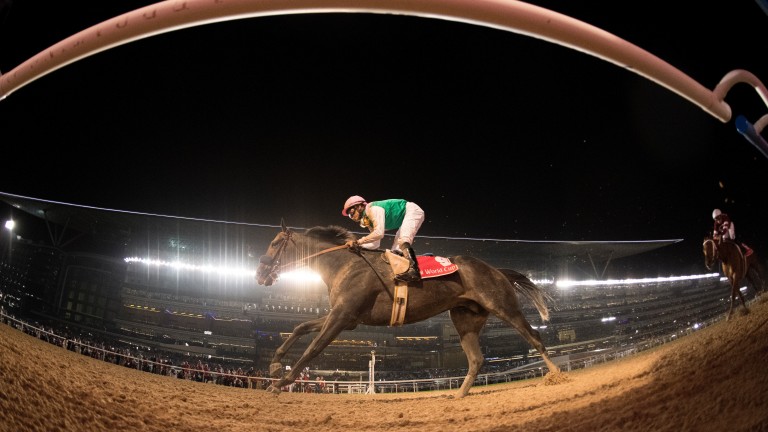 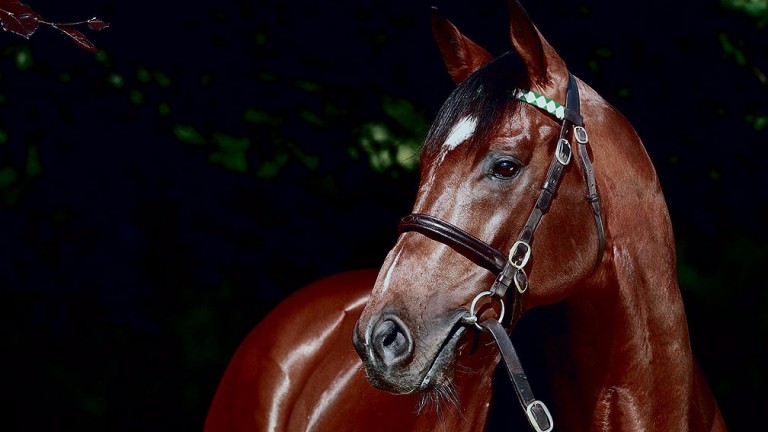 Arrogate and Frankel, who are linked by their ownership, are very different horses but with one chief similarity - a capacity to excite, according to Khalid Abdullah's racing manager Teddy Grimthorpe.

Arrogate's extraordinary victory in the Dubai World Cup has fuelled multiple comparisons between Juddmonte's American superstar and Frankel, who in completing an unbeaten career of 14 victories achieved the highest rating in rankings history.

The world's best racehorse Arrogate, who first announced himself when winning the Travers Stakes in August last year. was officially rated 134 before Saturday's triumph while Frankel was awarded 140, having been a champion at two, three and four under the late Sir Henry Cecil.

Bob Baffert has described Arrogate as 'the dirt version of Frankel' and the best since Secretariat, after seeing him recover from blowing the start and overtake the field to win easing down.

Grimthorpe said: "This horse has absolutely exploded on to the scene since Travers Day, whereas Frankel was pretty exceptional at two, three and four. I know there have been comparisons but it is part a connection thing.

"Really you can't compare. Everything is different. The real thing is to enjoy. Where the similarity is very strong is they both have that capacity to excite a racing and a wider public."

Arrogate's victory was the latest chapter in the success story of Abdullah's racing and breeding operation which has produced a stream of champions since the emergence of his first superstar Dancing Brave, the 1986 2,000 Guineas, King George and Prix de l'Arc de Triomphe winner.

"You have to pinch yourself a bit," said Grimthorpe. "It is a huge thing for Prince Khalid in every way. For the future Arrogate looks a very interesting stallion prospect now, and has done for some time, as a mile and a quarter champion on the dirt."

"The prince [who was represented at Meydan by son Prince Saud] was speechless really, he was so excited and absolutely thrilled with it. Especially after the slightly slow start. To come through that and do that, really circle the field, was a bit special."

Arrogate will return to California and be given a break before he starts the next phase of a programme which will climax in a second tilt at the Breeders' Cup Classic. The trip to Dubai following a victory in the inaugural Pegasus World Cup, the world's richest race, had been dependent on his form after his Gulfstream triumph.

"The horse had to really show himself to be in absolute top form to consider going to Dubai," Grimthorpe said. "You are making decisions which are going to effect at least his first half of the year. If you go to Dubai it is all or nothing. If it works out it is absolutely fantastic.

"Now we have that luxury of being able to give him a break with the aim of bringing him back for the Breeders' Cup.

"If he had stayed in America his options were something like the Santa Anita Handicap followed by races in Belmont in June, but Dubai is a tremendous magnet for very good horses but you had to go in very good shape."

He continued: "To have a very good horse on either side of the Atlantic is an absolute thrill.

"The success of the operation is really down to Prince Khalid, the main reasons being that he has maintained an extraordinary passion for the sport and in renewing it.

"He has managed this not only through his breeding side but in understanding that, with big European stallions staying in Europe, having a successful stud farm in Kentucky needed dirt horses and therefore you had to switch the onus to dirt racing and that was the main reason that led to the purchase of Arrogate."

FIRST PUBLISHED 2:46PM, MAR 27 2017
Where the similarity is very strong is they both have that capacity to excite a racing and a wider public