In Depth LEST WE FORGET 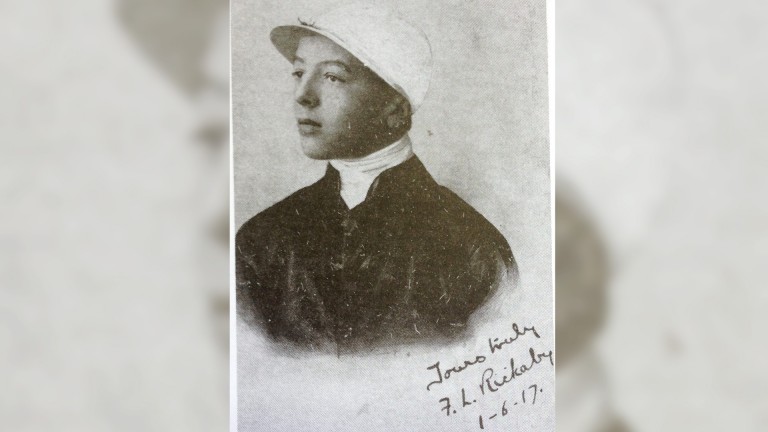 The armistice at the end of the Great War exactly a century ago left British racing, like the country as a whole, exhausted and counting the cost of victory, but determined to make the best possible future for itself.

Of all the many jockeys, trainers, grooms and racehorse owners killed in action during the slaughter, the most notable was jockey Fred Rickaby, uncle of Lester Piggott.

Rickaby, 23, had already ridden the winners of five Classics and was a private in the Tank Corps when wounded at the Battle of Cambrai. He died on October 11, 1918 – exactly a month before the armistice.

The former champion apprentice had won both fillies' Classics on Jest in 1913, and his four 1,000 Guineas winners also included the brilliant Diadem in 1917 while he was on home leave.

Rickaby left two sons under the age of three, Fred and Bill, both of whom became top jockeys. His full name was Frederick Lester Rickaby and his sister, Iris Piggott, gave his middle name to her only child when he was born in 1935.

Three of the top jump jockeys of 1914 – championship runner-up Arthur Smith, Tommy Goswell and Alec Carter – were killed in action, as was Paget O'Brien Butler, champion amateur rider in Ireland in 1906.

Charles Beatty, a former army officer and brother of Admiral Sir David Beatty, trained Zinfandel to win the 1904 Coronation Cup, joined up again on the outbreak of war, and died in 1917 of wounds received in France 13 months before.

Many soldiers received non-fatal injuries including Frank Wise, who lost a leg but was still able to ride his own mare Alike to win the Irish Grand National in 1929.

Several of the 628 Victoria Crosses awarded for valour during World War I were won by men with horseracing connections, notably Arthur Boyd-Rochfort.

Brother of the great trainer Sir Cecil Boyd-Rochfort, this Anglo-Irish stud-owner was an army officer in northern France in 1915 when a German shell landed on the parapet of his trench. He immediately picked it up and threw it into no man's land, thus saving the lives of his men.

Arthur Boyd-Rochfort became the senior steward in Ireland and his nephew, Sir Henry Cecil's half-brother, is named after him.

Sir Adrian Carton de Wiart neglected to mention in his memoirs that he had won the VC during the Battle of the Somme in 1916. Many years later he became the stepfather of Cheltenham Gold Cup-winning trainer Fergie Sutherland.

The highest award for gallantry in the presence of the enemy was also bestowed on stable lad Thomas Hughes and amateur riders Francis Grenfell, Roland Bradford, Edward Barry Bingham, who became an admiral, and Viscount Gort, later a general.

Providentially, none of those VCs had to be awarded posthumously.

Racing in Britain had been severely restricted during the war, with many courses requisitioned for military purposes. All the Classics were run at Newmarket, and Gainsborough completed his Triple Crown two months before the armistice.

The racing authorities decided, after consulting the Cabinet, to restore the sport to its pre-war state as soon as possible. The first post-war meeting took place at Manchester on New Year's Day 1919, when the inaugural Victory Chase was won by champion hurdler Water Bed. 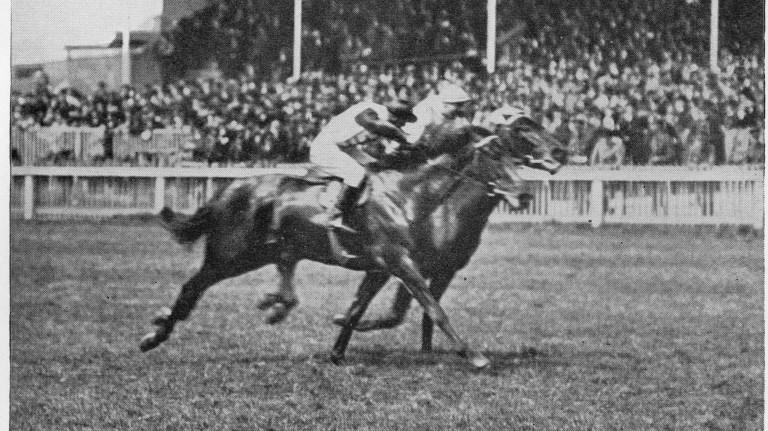 Gay Crusader (near side) wins the 2,000 Guineas in 2017, as racing continued at HQ during the war

The number of British courses staging Flat racing increased from 11 in 1918 to 41 in 1919, and National Hunt racing from five to 36. The Derby, Oaks, St Leger and Grand National all returned to their proper homes.

People had been starved of entertainment for four years and the Bloodstock Breeders' Review 1919 remarked: "Never in the long history of the British Turf have such enormous crowds attended race meetings as those seen during the past season. They were often of embarrassing dimensions." This was despite an initial shortage of horses to go round.

Racing in Ireland had been affected only slightly by the war. As the struggle for independence gathered pace, the disruption to Irish racing peaked between 1919 and 1922. 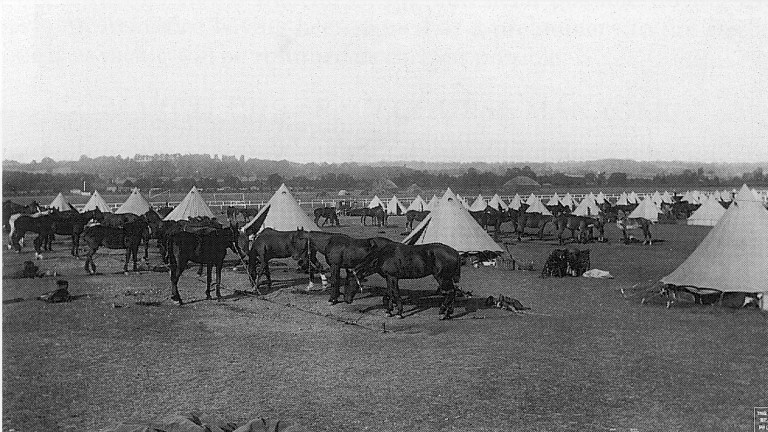 Alastair Down: recognition for Blackie a reminder of the horrors that befell the war horse

FIRST PUBLISHED 6:00PM, NOV 10 2018
Many soldiers received non-fatal injuries including Frank Wise, who lost a leg but was able to ride his mare Alike to win the Irish Grand National