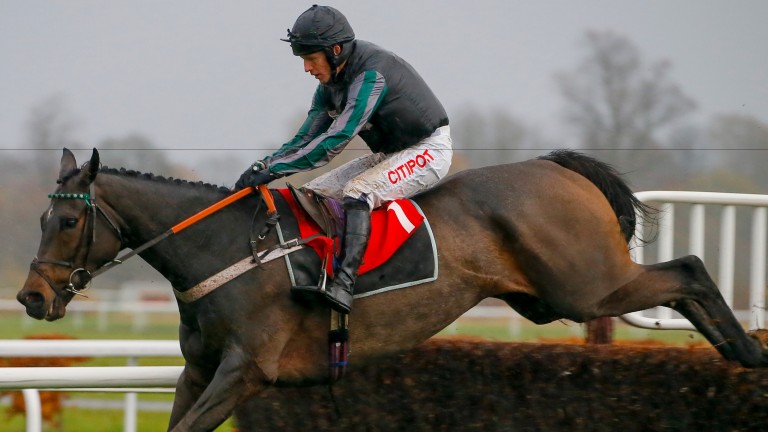 Kempton's Christmas meeting already has its headline act, with Cue Card and Thistlecrack set to do battle in the 32Red King George, but the rest of the high-class two-day fixture is shaping up nicely, with Racing Post Arkle favourite Altior given an option to step out of novice company.

Nicky Henderson revealed on Wednesday that the six-year-old, unbeaten in two starts over fences, and a best-priced 7-4 shot for the Arkle, would have entries in both the Grade 2 32Red.com Wayward Lad Novices' Chase, and the Grade 2 32Red Desert Orchid Chase.

On Wednesday the pair of races were reopened, with the Wayward Lad attracting ten entries, while nine were made for the Desert Orchid.

It promises to be a busy period for Henderson, with several of his stars due to be in action. Josses Hill was supplemented at a cost of £10,000 for the King George, with the Peterborough Chase winner tackling three miles for the first time.

The eight-year-old is yet to finish out of the first two in four previous starts at Kempton, with two wins, and Henderson added: "He's been seeing it out very well over two and a half so you've got to be hopeful he'll get three."

Henderson has a strong chance of winning the first race of the Kempton meeting as the hugely exciting Jenkins is set for his second start over hurdles in the 32Red Casino Novices' Hurdle.

A five-length winner at Newbury last time out, Jenkins justified his lofty reputation easily despite some untidy jumps. However, he has progressed for that outing, as Henderson said: "He's in excellent form. He's done a lot of schooling as you can imagine as he was sloppy on the day but he's sharpened up a hell of a lot."

New recruit Kotkikova will be sighted for the first time at Leopardstown's Christmas meeting in the Grade 1 Squared Financial Christmas Hurdle.

The French-bred mare was dominant in her native country, winning 11 of 14 starts when with Jean-Paul Gallorini, and was purchased by JP McManus earlier in the year.

Connections decided against taking on Unowhatimeanharry - also owned by McManus - in the Long Walk Hurdle at Ascot, but the five-year-old will run next week, and Henderson said: "She's in good form and has got to get out somewhere. We're going to give her a run over hurdles over three miles and we'll learn a lot from that."

Finally, Henderson was able to offer a more upbeat update on Captain Conan, who is recovering from a fractured pelvis suffered at Ascot last weekend.

The trainer said: "Captain Conan is holding his own and he's doing alright. He had a good night yesterday [Tuesday]."

FIRST PUBLISHED 3:09PM, DEC 21 2016
He's done a lot of schooling as you can imagine as he was sloppy on the day but he's sharpened up a hell of a lot