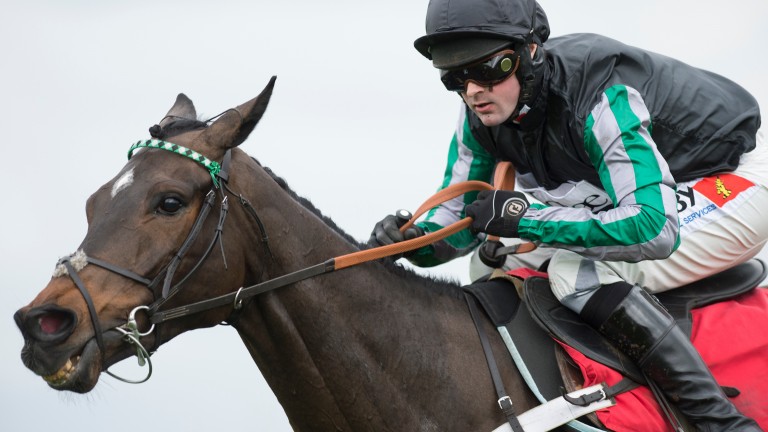 There were no alarms, and few surprises, as Racing Post Arkle favourite Altior made a successful chasing debut at Kempton on Monday.

Last season's Supreme Novices' Hurdle winner, Altior scared off potential opposition for his first start over fences, with only fellow debutant Black Corton taking him on.

Sent off at 2-13, any semblance of a race for Altior was quickly removed as he proved far superior and was soon out in front in splendid isolation under Noel Fehily.

Winning trainer Nicky Henderson said: "He's had a nice pop round and jumped really well and we're going to Sandown next for the Henry VIII on Saturday week.

"It was on the cards that this was going to happen. To be fair to Paul's horse he went to give us a lead and we'd have liked to have had it but there was no point because he wasn't going to take it. He races with his head very low and it's lovely – it's a great way to go into a fence like that."

He added: "He's been exceptionally good at home and I thought he was excellent there. The umming and ahhing has been whether you could make him into a Champion Hurdle horse and I think you could if you liked but he's been so good at this that you couldn't do it – he looks like a chaser and jumps like one."

The winning margin was 63 lengths, and bar one error at five out, Altior made a smooth start to his new discipline.

Fehily said: "He was very good, very forward going and he used his brain. He got in tight to plenty of them but got himself out of trouble, which he needed to learn.

"We probably weren't going quick enough when he made the error, but he was good getting out of trouble. He's got loads of scope and we know he's very good."

While the victory was easy, bookmakers still did not miss the opportunity to cut Altior, with Paddy Power trimming him to 2-1 (from 3-1) as favourite for the Racing Post Arkle.