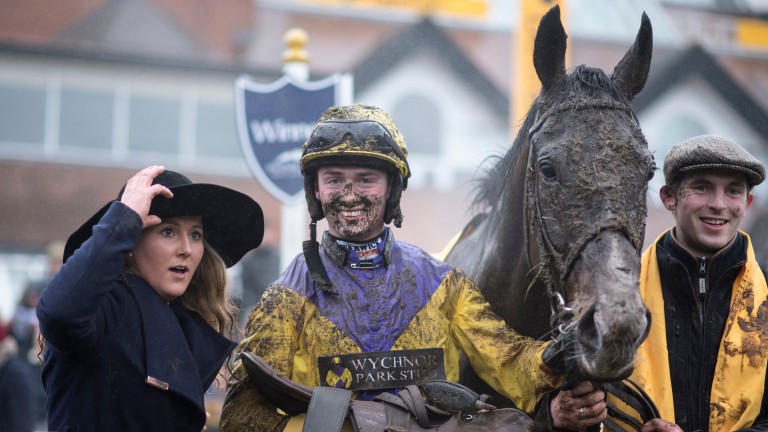 Racing Post Arkle favourite Kalashnikov takes his first step on the road to the Cheltenham Festival in March when he makes his debut over fences in the £50 Risk Free On Racing With Smarkets Novices' Chase (2.00) at Warwick on Friday.

The five-year-old, who takes on three rivals also lacking chasing experience, did his best to put Newmarket, the traditional home of Flat racing, on the jumping map last season by winning three of his first four races over hurdles before being beaten by just a neck in the Sky Bet Supreme Novices' Hurdle by the Tom George-trained Summerville Boy.

Prior to that, Kalashnikov had run out a decisive winner of the Betfair Hurdle at Newbury and Amy Murphy's star is now between 5-1 and 7-1 to go one better in the Arkle.

Rather than go to Aintree at the end of a long campaign last April, the trainer chose to give Kalashnikov a long break to prepare for his first season over fences and he looked to have done very well physically when paraded at Murphy's owners' day last month.

The trainer said: "Hopefully this will bring Kalashnikov on with a view to the rest of the season – but we will have a walk of the track before racing as he does need to get his toe in. 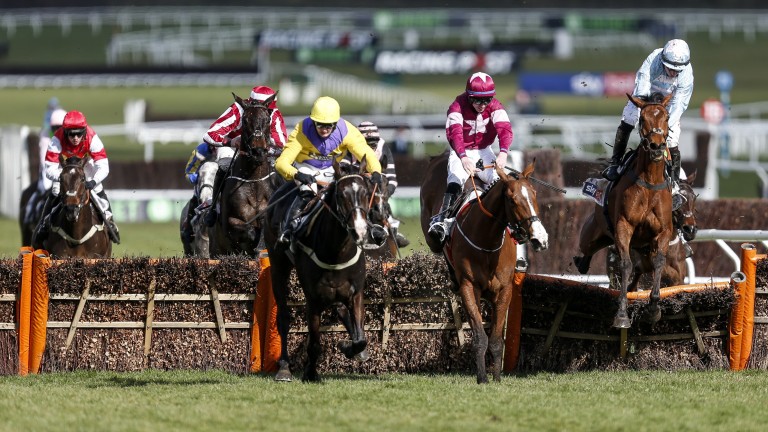 "He was a star for us last year and he's always looked a chaser in the making, and his schooling over fences has been good. I would say he's schooled about ten times."

After his introduction, there is talk of Kalashnikov heading to the Christmas meeting at Kempton but Murphy is taking things one race at a time.

She added of the 152-rated hurdler: "Going to Warwick is all about getting him started with a view towards the business end of the season next spring. There are 130-rated opponents in there so it'll be no easy race for him – we would have liked to have him given a couple more gallops on the grass but it's been too firm."

Tasked with upsetting the Kalashnikov apple-cart is the Charlie Longsdon-trained Lisdoonvarna Lad, whose standout piece of form last campaign was a third behind First Flow in a Grade 2 at Haydock.

Longsdon said of his six-year-old: "He's still a big baby, a nice big baby but is very green. We don't expect to beat Kalashnikov but he's been schooling well and this looks an ideal starting point for the season ahead. We do think he's a very nice horse in the making."

Also in opposition is the lightly-raced Jamie Snowden-trained Scorpion Sid, who has never been out of the first two in three starts under rules.

"He's been ready to go for a while but unfortunately we might have bumped into a future Arkle winner in Kalashnikov," said Snowden. "Scorpion Sid looked very progressive over hurdles but picked up a little issue after his victory at Ffos Las and consequently we probably left him a bit undercooked when he was second at Perth.

"He's been schooling nicely at home since and shows quite a lot of pace so two miles is fine at this stage, however we'll probably look to step up in trip as the season progresses."

The four-strong field is completed by Huntsman Son, the representative of Alex Hales who was rated 135 over hurdles.

FIRST PUBLISHED 6:00PM, NOV 8 2018
Going to Warwick is all about getting him started with a view towards the business end of the season next spring