Talk of the Tracks KEMPTON 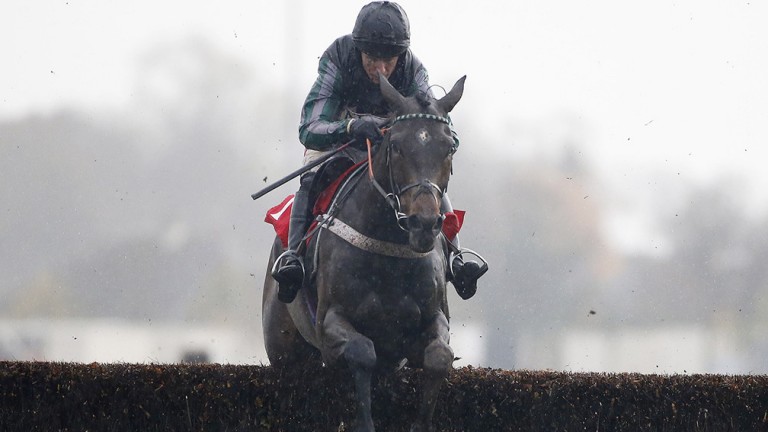 Altior, the horse Nicky Henderson believes has the potential to step into the huge void Sprinter Sacre’s retirement has left at his Lambourn yard, did nothing to dampen enthusiasm as he passed his first test over fences with flying colours.

In a match race with the Paul Nicholls-trained Black Corton in the 2m2f novice chase, last season’s Supreme Novices’ Hurdle winner started 2-13 favourite and brushed his opponent aside without fuss, making only one trace of an error at the ninth fence in a proficient chase debut.

“He’s very, very good and I didn’t see anything to change my mind there," said Henderson. "He’s been exceptionally good at home and I thought he was excellent there."

Asked if Altior was the natural heir to Sprinter Sacre, he added: “He’s got a very long way to go but the potential is possibly there.”

Bookmakers certainly think so, with Betfair Sportsbook and Betway going just 15-8 about Altior lifting the Racing Post Arkle in March. Most firms quote 2-1.

Henderson nominated the Racing Post Henry VIII Novices' Chase at Sandown on Saturday week as the next port of call, with the Wayward Lad Novices' Chase back at Kempton over Christmas likely to follow.

“Altior had four runs before Cheltenham last year and if Sandown went well and then Christmas, you could look at giving him a break, then one run before Cheltenham perhaps,” Henderson said, before confirming the Arkle as the main objective this season due to Altior’s strong suit being his “pure pace”.

The trainer also spared a thought for the injured Nico de Boinville, who was forced to miss the ride after breaking his arm in a fall at Cheltenham last week.

“Poor old Nico de Boinville, it’s a tough time for him and Noel Fehily will pop on him for the time being - Nico can have him back when the time comes," Henderson added. "I spoke to Nico this morning and he thought it might be six to eight weeks [before a return]."

Surtee Du Berlais showed different attributes to Altior when grinding out victory in an attritional Listed hurdle for mares over an extended three miles.

Pushed along from halfway, she looked cooked when blundering three out but found a second wind to forge to the front after the last for a priceless Listed win.

“She's schooled over fences but there just hasn't been the right race and we thought we'd have a crack at this,” said winning trainer Oliver Sherwood.

“I took a punt on the forecast and the rain today really helped. That's job done now but she could mix chasing and hurdling from here.”

Altior’s stablemate Lough Derg Spirit is 20-1 with the sponsors for the Sky Bet Supreme Novices’ Hurdle, and around the same price for the Neptune Investment Management Novices’ Hurdle in March, after a striking winning debut for Nicky Henderson in the 2m novice hurdle.

“He'll make a lovely chaser in time,” said the winning trainer. “I wasn't sure about the ground, but it was fine and I always thought he looked quite decent.”

Thought for the day
It was clear in the paddock that the boy had become a man and Altior backed it up on the track with an effortless chase debut.

FIRST PUBLISHED 5:36PM, NOV 21 2016
He's very, very good and I didn't see anything to change my mind there. He's got a very long way to go but the potential is possibly there