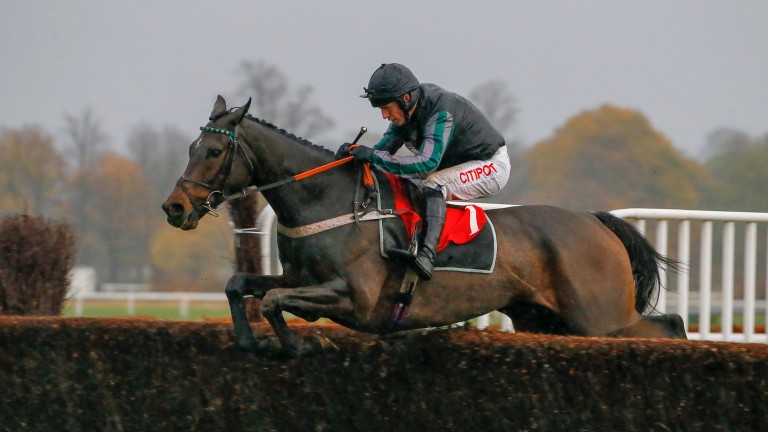 With Sprinter Sacre retired the part as Seven Barrows' superstar 2m chaser is up for grabs and the leading candidate to take that role, Altior, has his latest audition on Saturday afternoon.

Last season's Supreme Novices' Hurdle winner strolled home against one rival on his debut over fences at Kempton last month and there are not many more in opposition today.

Charbel, Marracudja and Max Ward line up against a horse who is the 2-1 market leader for the Racing Post Arkle.

Altior's trainer Nicky Henderson is seeking his fourth win in this race and bookmakers expect him to to capture it, rating his challenger a 1-3 shot.

The six-year-old was put through his paces by jockey Noel Fehily on Friday morning and Henderson said: "Noel came and schooled him indoors on Friday morning - there was too much frost in the ground outside - and he was very good.

Henderson is not allowing himself to look beyond today's assignment, adding: "With these sort of horses you take it one step at a time and hope for the best."

The Kim Bailey-trained Charbel was no match for Altior in the Supreme, but won a hot novice chase on his debut over fences in Uttoxeter.

"We went to Uttoxeter expecting him to go incredibly well and it was a good performance," Bailey said. "That race was as tough as this one and the second and third have come out and won since. He deserves to go and take on Altior and it will pinpoint where we go for the rest of the season as he might be a two-and-half mile horse rather than a two-miler."

Paul Nicholls, who is after his seventh win in today's Grade 1, fields Marracudja, a free-going five-year-old who is two from two over fences.

"After he won those races I was always going to come here praying it was decent ground and not too soft," Nicholls said. "It's turned out ideal, but it's a hot race against the Arkle favourite, so we've got plenty to do. He's pleased me since his last run and I'm very happy with him, but he's got a mountain to climb."

Max Ward, like his rivals, also defends an unbeaten chase record having struck at Huntingdon 25 days ago.

"Max Ward had been off a very long time when he won at Huntingdon, but he had been working well with some of my better horses so it wasn't a major surprise that he won like that," trainer Tom George said on Friday.

"Although he was second in a Summer Hurdle he's always been a chaser, and he's worth a shot at a race like this. He can drop in behind them and hopefully pick up the pieces."

FIRST PUBLISHED 6:00PM, DEC 2 2016
He deserves to go and take on Altior and it will pinpoint where we go for the rest of the season as he might be a two-and-half mile horse rather than a two-miler