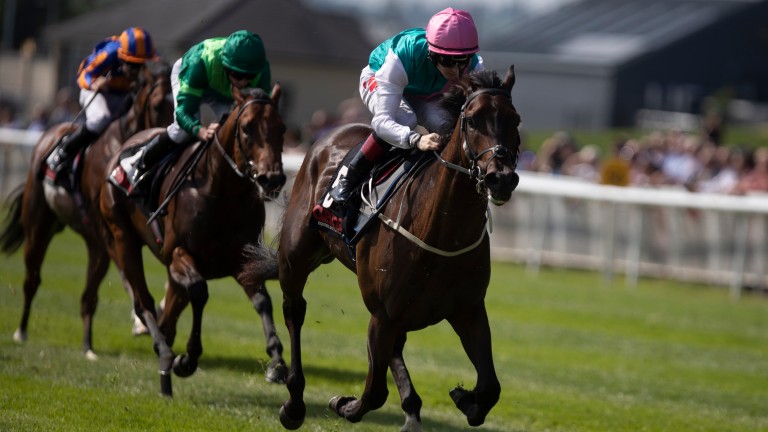 Siskin will face four in the Phoenix Stakes at the Curragh
Patrick McCann
1 of 1
By Matt Butler UPDATED 12:44PM, AUG 7 2019

Four runners stand in the way of Siskin and a first domestic Flat Group 1 for trainer Ger Lyons in Friday's Keeneland Phoenix Stakes, but Coventry winner Arizona is not one of them.

Unbeaten Railway Stakes winner Siskin appears the one to beat for Lyons, Colin Keane and owner Khalid Abdullah in the six-furlong Group 1 at the Curragh, but connections of the likely favourite may have been surprised to see Arizona absent from the list of opposition.

Aidan O'Brien had indicated on Tuesday that the Royal Ascot winner was on target for a mammoth juvenile clash, with the caveat of plans not being set in stone.

That caveat proved decisive as Arizona was not declared, but O'Brien is still represented by Railway second Monarch Of Egypt, July Stakes scorer Royal Lytham and Mount Fuji. The Ballydoyle trainer has been responsible for seven of the last ten winners.