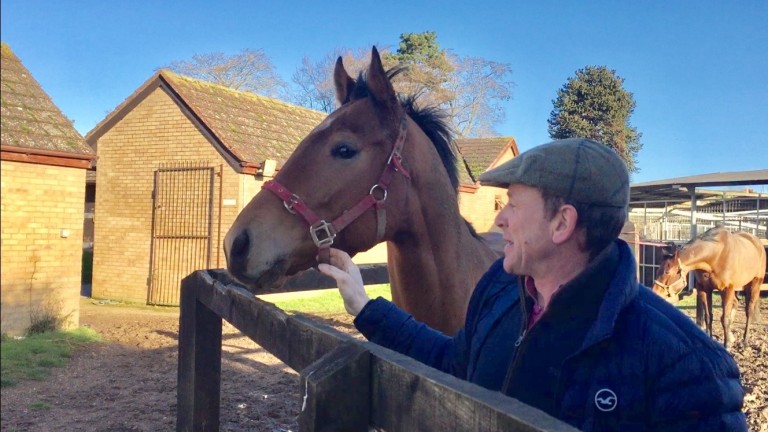 Spare Parts with trainer Phil McEntee: the gelding has been declared to run at Southwell
1 of 1
By Scott Burton UPDATED 8:21PM, MAR 26 2018

Executives at Arena Racing Company have admitted they are responsible for mistakenly not changing a race's conditions and so perhaps denying Spare Parts the chance of a winning end to his outstanding all-weather season on finals day at Lingfield on Friday.

Spare Parts is currently tied with Captain Lars in the race to be crowned the winningmost horse for the all-weather season and runs at Southwell on Tuesday.

Unlike the other six races on the Lingfield card, the entry requirements for the Sunbets All-Weather Championships Apprentice Handicap do not stipulate that participants must have run a minimum of three times in the current all-weather season.

Spare Parts is currently number 17 in the list for a race with a safety limit of 14, and several of those above him on ratings have not had three runs this season.

Arena has admitted it intended to amend the conditions of the race to match those of the other races but did not do so – angering owner Steve Jakes, who had been given assurances the conditions would be changed after a similar issue 12 months ago with Pearl Spectre.

Arena racing director Jon Pullin said: "It was our intention that the race conditions for the £50,000 apprentice race on Good Friday to mirror those of the six championships races in requiring horses to have had three runs during Season 5 of the All-Weather Championships. However, these conditions were omitted in error, for which we apologise. They will be included for 2018-19."

Spare Parts is locked together with Captain Lars, both on the number of wins (seven) and countback involving placed efforts, and goes to Southwell in an attempt to edge back in front with a £10,000 bonus on the line.

Jakes is determined to celebrate Spare Parts' achievements at Lingfield, though if the four-year-old doesn't make the cut for his intended target he will have to take his chance in the Sunbets All-Weather Mile Championship, a race in which his owner admits he might finished tailed off.

"It’s really about the staff going and enjoying the end of what has been an absolutely fantastic season with that horse and one or two others," said Jakes.

"Phil is about to break the £100,000 mark for the first time and has had more winners this all-weather season than ever before. Those staff – Phil, Gracie, Cleo and Nicola [Currie] who rides – they go through brick walls to get it to happen and then it might get snatched away."

He continued: "The staff have a minibus organised and their dresses ready. They’ll all turn up in their work clothes because they have to do their jobs first, then they’ll have their glad rags on and then they’ll all be back on the minibus and going home to do evening stables. That’s what it is in a small yard, but they’re all looking forward to it big time." 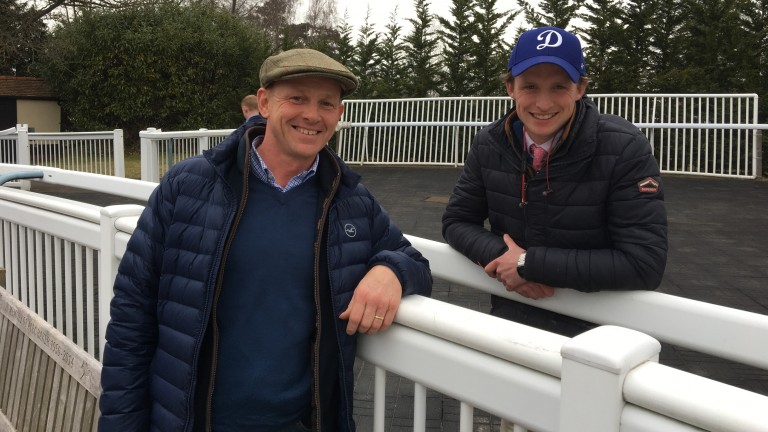 Jakes added: "We'll run whatever happens at Southwell and if we don’t get in the seven-furlong race we’ll run in the mile race, so the horse can get his round of applause."

Spare Parts has flown the flag for both the McEntee yard and for rising apprentice star Currie, who has been aboard for five of his wins this term.

The BHA was made aware of the apprentice race situation during an exchange of emails following the elimination of Pearl Spectre from the race last year, and Jakes said: "The reason I defend Arc is that they have had the balls to come back to me, call me and explain it.

"They've done all they can to help me and wish me luck. That to me means a lot. But I'm of the opinion it's 50-50 blame between Arc and the BHA and Arc has been a man about it while the BHA have buried their heads."

The BHA confirmed no formal request had been received from Arc to change the race conditions. A spokesman said: "While we have sympathy with Mr Jakes – and for Spare Parts who has been a star of the all-weather season – the BHA racing department was not formally notified of an intention to alter the race conditions and therefore no changes could be made.

"We note the statement from Arc that they intended to make alterations to the conditions this year but failed to do so. Should an application be made to alter the conditions next year then we will work with the racecourse to ensure that takes place."