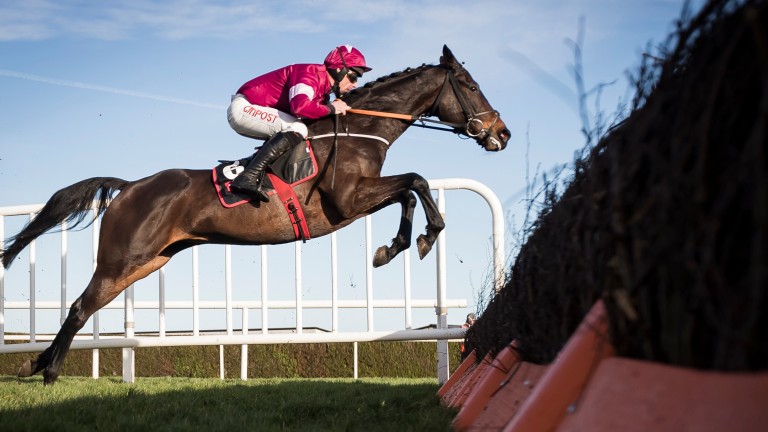 Apple's Jade is the star on show at Navan on Sunday
Patrick McCann (racingpost.com/photos)
1 of 1
By Brian Sheerin UPDATED 8:29AM, NOV 11 2018

Can Apple's succeed where Samcro failed?

Apple's Jade may have won this race last year before recording back-to-back Grade 1 triumphs in the Hatton's Grace Hurdle at Fairyhouse and Christmas Hurdle at Leopardstown, but the way her form tapered off in the second half of the season will be on most people's minds in advance of her comeback at Navan.

Connections of the seven-time Grade 1-winning hurdler, owned by Gigginstown House Stud, have attributed the defeats suffered at Cheltenham and Punchestown to the fact that Apple's Jade kept coming into season last spring.

They are confident the real Apple's Jade will turn up on Sunday, but trainer Gordon Elliott, who also runs Dortmund Park, does expect the likely odds-on favourite to improve for the outing, a warning he also issued before Samcro's surprise defeat on his return at Down Royal recently.

"She’s come back from the summer in great shape and she’s been going well at home. We’re looking forward to getting her started," said Elliott.

“She does tend to improve a good bit from her first run of the season and our horses are needing their comeback runs this year, so whatever she does on Sunday I know there will be more to come from her."

Is Identity Thief going to nick the prize?

The chief threat to Apple's Jade, on ratings, is the fellow Gigginstown-owned Identity Thief, winner of the Liverpool Hurdle at Aintree last season. 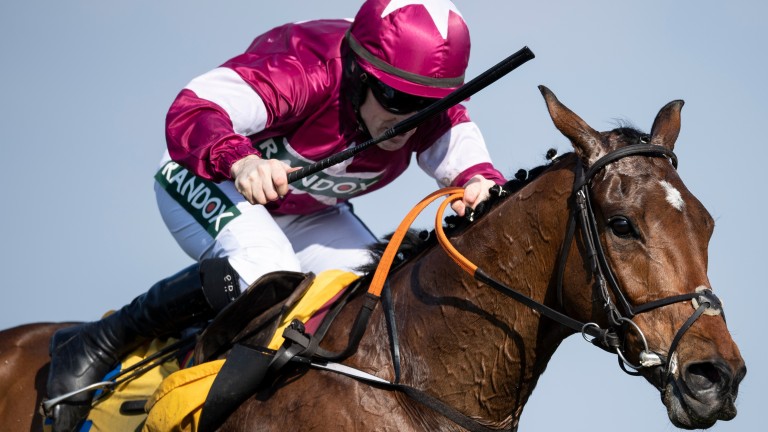 “He had a slow start last season and was only coming back to himself at Gowran Park, where he ran a blinder [in the Red Mills Hurdle] before running well in the Champion Hurdle.

“Sean [Flanagan] advised us to step up to three miles when he won the Grade 1 at Aintree and that worked really well.”

Asked if the Sun Bets Stayers’ Hurdle at Cheltenham would be the long-term target, he said: “It’s obviously on our mind. We’ll see how his season progresses.”

Can Jezki roll back the years?

Jezki, winner of the 2014 Champion Hurdle, may be punching a bit below the level he was at his prime, but while giving Apple's Jade 3lb won't be easy, owner JP McManus's racing manager Frank Berry is hoping for a nice run. 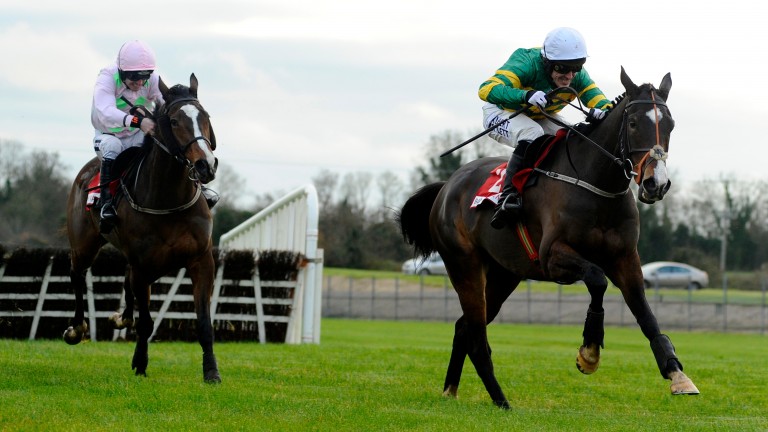 He said: "Jezki is coming back and he seems to be in good form. He likes small fields and we’re hoping he can run well.”

McManus also has the Eddie Harty-trained Coney Island, and Berry added: “Coney Island disappointed us last year but the ground will suit him for his return here.”

Arctic Fire, the 2015 Champion Hurdle runner-up and 2017 County Hurdle winner when trained by Willie Mullins, was unsuited by Tipperary when fourth behind Bedrock in a Grade 3 there last month, according to trainer Denis Cullen.

Cullen expects a better showing over half a mile further here, and he said: "It looks a tough race but he’s fit and well.

"We’re hoping for a big run and I think you can put a line through his latest effort at Tipperary as he missed the third-last flight and two miles around a flat track like Tipperary probably didn’t suit. The step back up in trip should suit him.”

FIRST PUBLISHED 6:00PM, NOV 10 2018
We?re hoping for a big run from him and I think you can put a line through his latest effort