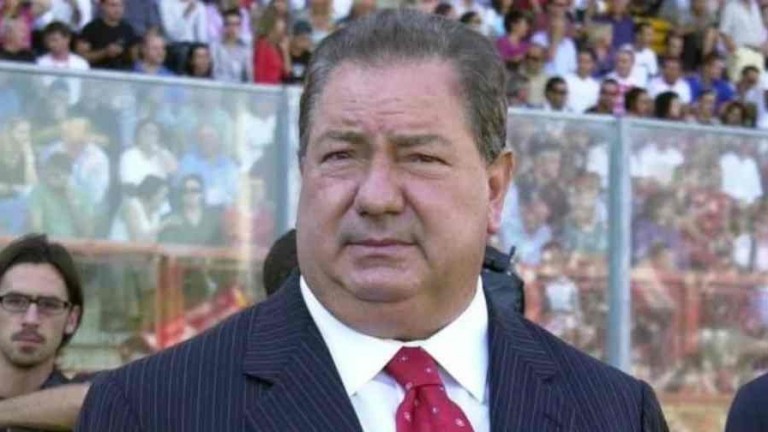 Luciano Gaucci, the colourful owner who won the 1988 Prix de l'Arc de Triomphe with Tony Bin, has died at the age of 81.

Bought for just 3,000gns, Tony Bin proved an inspired purchase by Gaucci. After finishing second to Trempolino under Cash Asmussen in the 1987 Arc, the son of Kampala was even better at the age of five.

He finished runner-up in the Grand Prix de Saint-Cloud, then third to Mtoto in the King George at Ascot, before beating Mtoto by a neck under John Reid in the 1988 Arc.

As well as Tony Bin, Gaucci also owned Dr Devious, who won the Group 1 Dewhurst Stakes at Newmarket as a juvenile in 1991 trained by Peter Chapple-Hyam.

Gaucci then sold the horse to Sidney Craig after his two-year-old season, with Dr Devious winning the Derby in 1992.

Through his shrewd dealings – Tony Bin was sold to Japan to begin a new career as a stallion – Gaucci was able to invest in Italian football, becoming president of Perugia from 1991 to 2004.

A president with huge ambitions, Gaucci took Perugia from Serie C  into Italy's top-flight Serie A. Such progress was not always straightforward and Gaucci's antics during his time with the club often created headlines.

During the 1992-93 season, Perugia seemingly took a huge step towards Gaucci's Serie A dream by winning a playoff to reach Serie B, but they lost that promotion after it emerged Gaucci had struck a deal for the sale of one his horses to Emanuel Senzacqua, a referee who officiated a Perugia match three days after the sale was agreed.

During the 1-1 draw, Senzacqua produced several questionable decisions in Perugia's favour, and when investigated by the Italian FA the team's promotion was denied due to the association Gaucci and Senzacqua had formed.

Perugia were promoted to Serie A in 1996 when Gaucci was still courting controversy. In 2000 he signed South Korean Jung-Hwan Ahn on loan, then sent him packing two years later after he scored the goal that knocked Italy out of the 2002 World Cup.

Saadi-Al Gaddafi, son of Libyan leader Muammar Gaddafi, was another headline-grabbing signing, although he played only 15 minutes against Juventus during one season with the club.

In 2005 Perugia went bankrupt and an arrest warrant was issued for Gaucci on fraud charges. He fled to Santo Domingo, capital of the Dominican Republic, although he returned to Italy four years later having been handed a three-year suspended jail sentence in his absence.

FIRST PUBLISHED 12:40PM, FEB 3 2020
Through his shrewd dealings – Tony Bin was sold to Japan to begin a new career as a stallion – Gaucci was able to invest in Italian football