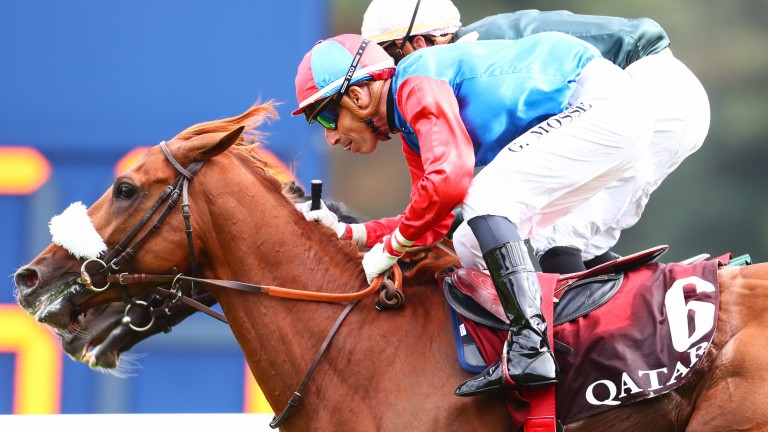 The French challenge for next Sunday's Qatar Prix de l'Arc de Triomphe may look light but the prize has stayed at home for the last two years and there is no hiding how pleased Mikel Delzangles is with Prix Niel winner Bubble Gift.

Delzangles believes winning the Prix Niel has brought Bubble Gift forward plenty in his condition and although the final decision on whether the chestnut son of Nathaniel lines up in the Arc will not be taken until midweek, the colt has put himself forward as a leader of the Classic generation in France.

Bookmakers were unimpressed with Bubble Gift's nose defeat of Baby Rider on trials day in a race which was deprived of Bolshoi Ballet over vaccination irregularity, settling on 40-1 about the winner's chances.

Delzangles has been in racing long enough to take little notice of such things and is delighted with how Bubble Gift has come out of the Niel.

"He has recovered from the Prix Niel very well and I think the race has done him good," said Delzangles. "He hadn't run since July and really everything has gone very well.

"It was a great comeback run and we couldn't have dared hope for better. He certainly seems to have come forward since that run and I hope that continues.

"We'll decide on Wednesday once we've seen how the field is shaping up, how the horse himself is, and how the ground is. We’ll take all that into account and decide with the owners."

Bubble Gift is owned and bred by Zak Bloodstock, the legacy operation of the late Moroccan breeder Zakaria Hakam now run by his widow, Mouna Bengeloun.

He put himself into the picture for Group 1 honours when winning the Prix Hocquart in the spring and his Niel win showed a disappointing run in the Grand Prix de Paris behind Hurricane Lane to be all wrong. 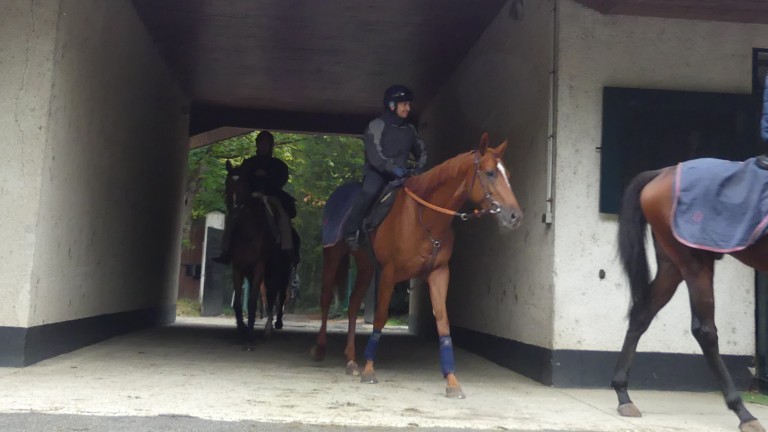 "He is a handy horse in his races and he doesn't pull," said Delzangles. "He's not too fast away, so he can be at a disadvantage if they don't go a good pace and he finds himself a little way back. That is not often the case in the Arc though.

"He has a good change of gear and he handles soft ground, which I would have thought is the most likely scenario next week. Gerald [Mosse] will ride him in his last work and we’ll ask his opinion – he has a wee bit of experience!"

Asked if the owners were excited by the prospect of running in the Arc, Delzangles said: "It's not every year you have a horse up to running in the race.

"The owners have been in racing for a long time and while they would be delighted to run if we really think we have a chance, they don’t want to go just for a day out."

Bubble Gift is also in the Group 2 Prix Chaudenay on Arc weekend over 1m7f, but that is not under serious consideration, and if connections do bypass the Arc, then the Grosser Preis von Bayern is the most likely alternative, while races such as the Japan Cup and the Hong Kong Vase could also come into the picture. 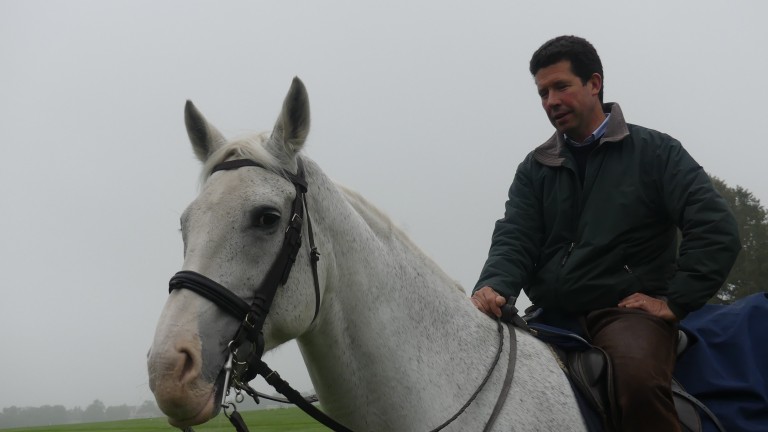 Delzangles has a fine hand in advance of the biggest weekend of the year in France, with Bubble Gift's half-sister Bubble Smart on course for the Prix du Cadran on Saturday, and the Aga Khan's Sagamiyra is likely to take her chance in Sunday's Prix de la Foret.

"Bubble Smart will have a tough task if Stradivarius comes over but she will love the 4,000 metres [two and a half miles] and she also handles soft ground without a problem," said Delzangles.

"Sagamiyra has no real negatives. She loves the track and soft ground would also be an advantage to her. I expect there to be tough opposition but I'll be disappointed if she doesn't run very well."

FIRST PUBLISHED 11:07AM, SEP 26 2021
It was a great comeback run and we couldn't have dared hope for better. He certainly seems to have come forward since and I hope that continues