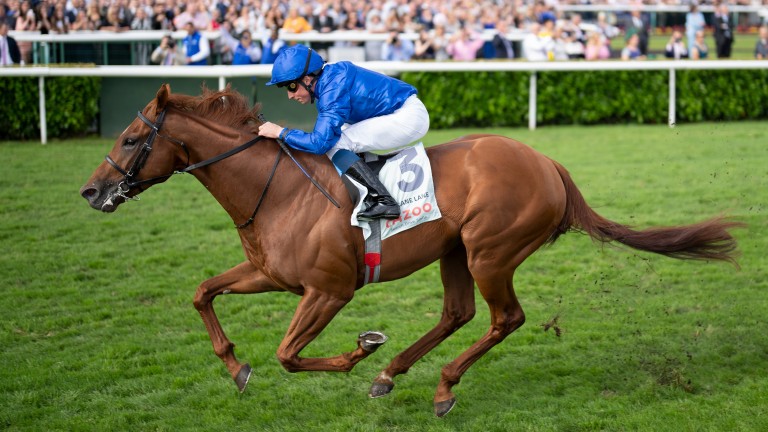 James Doyle will ride the Irish Derby, Grand Prix de Paris and St Leger winner after it was announced on Friday William Buick had opted to partner Derby and King George winner Adayar.

Trainer Charlie Appleby said: “After discussions after the gallops yesterday, we’re very confident that if we have a good week this week, we have two horses going to the Arc in great shape.

“We’re excited, with this being the 100th Arc, having two colts going into it with the profiles they have.

“Adayar, an impressive Derby winner, who went on to win the King George, and Hurricane Lane, who could create history by winning the St Leger and the Arc, something that hasn’t been done [in the same year]." 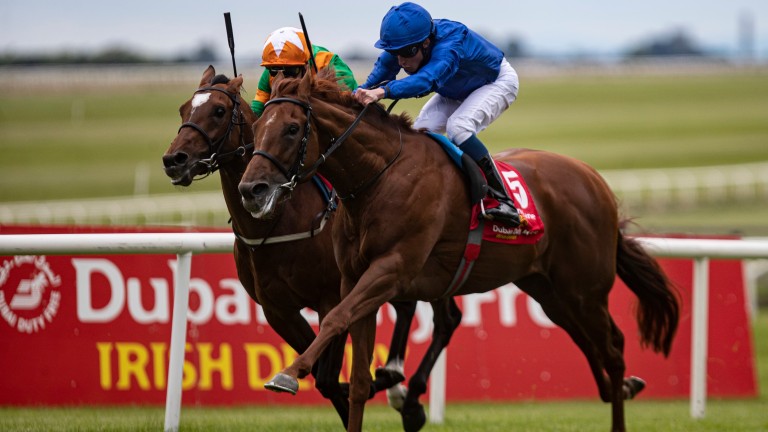 Doyle, who has never ridden the son of Frankel in any of his seven races, sat on Hurricane Lane for the first time in his work at Moulton Paddocks on Saturday.

Hurricane Lane will at least be no stranger to Longchamp after demolishing his rivals there in the Grand Prix de Paris in July on very soft ground, a performance which earned him a career-best Racing Post Rating of 125.

Similar conditions are a possibility with some rain likely at Longchamp this week and the weather forecast is another boost for connections.

Appleby said: “There is a bit of rain forecast during the week, and that will suit us. The only negative I can give regarding Hurricane Lane’s participation is were it to become fast ground. That would [then] be a discussion that would have to take place nearer the time.”

Hurricane Lane, who won the St Leger this month by two and three-quarter lengths from Mojo Star and will bid to become the first winner of the Doncaster Classic to successfully follow up in the Arc, is a general 6-1 chance with the Aga Khan’s mare Tarnawa just shading the battle for ante-post favouritism with Adayar.

Adam Kirby rode Hurricane Lane on his winning debut as a two-year-old but Buick has been in the saddle on each of his six starts since, including when third in the Derby won by Adayar and Kirby.

Appleby also provided an upbeat bulletin on Adayar after a setback ruled him out of his preparation run for the Arc in the Prix Niel two weeks ago.

Appleby said on Sunday: “I’m very pleased the way he has come out of his gallops on Wednesday and yesterday.”

FIRST PUBLISHED 1:27PM, SEP 26 2021
We're excited, with this being the 100th Arc, having two colts going into it with the profiles they have