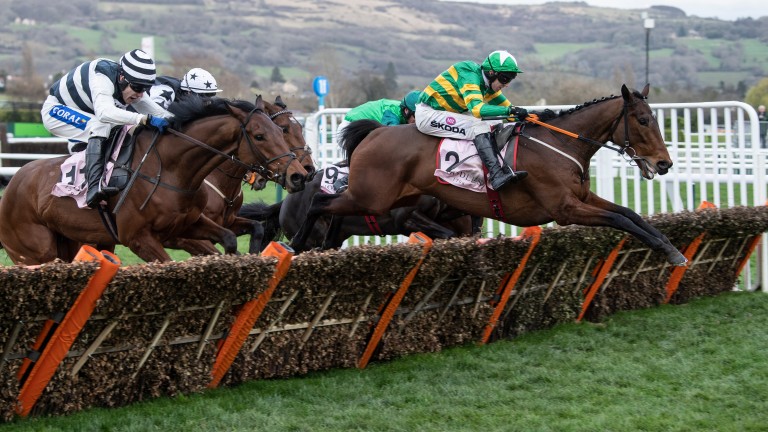 Aramax (right) gets the better of Night Edition in a thrilling finish to the Boodles Juvenile Hurdle
Edward Whitaker
1 of 1
By David Carr 7:07PM, MAR 11 2020

Fred Winter may no longer be in the title for the juvenile handicap hurdle but if there is much more of this it may soon become known as Gordon Elliott's race.

Boodles' sponsorship has squeezed out the name of a heroic man who won the Cheltenham Gold Cup, Champion Hurdle and Grand National as both jockey and trainer.

Elliott will never match all of Winter's feats but he has certainly taken a firm grip on this contest, which was first staged in 2005.

Not only did Aramax's battling success give him a record-equalling third success in the race but the trainer also took third place with Saint D'Oroux and fourth with Recent Revelations. 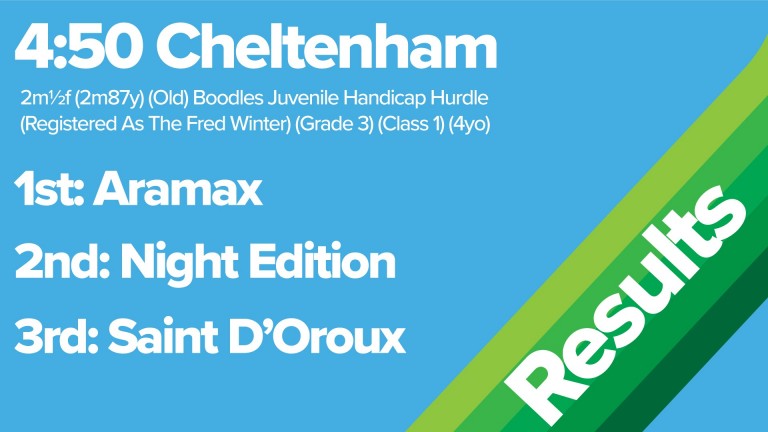 Night Edition, trained by David Pipe, briefly threatened to spoil the party when launching a strong challenge on the run-in but Aramax found extra under Mark Walsh and held on by a length.

"I was worried about the ground but all the horses ran well," Elliott said. "Mark got room the whole way on Aramax and his jumping was lovely.

"We thought this was the right race to go for. This is a nice horse and he's going the right way. He just does what he has to do but we're very happy with him."

Walsh was riding his first winner of the week at a meeting where he scored on Espoir D'Allen and City Island last year.

"Gordon had him great fettle," he said of Aramax. "He won well last time at Naas and he's improved again today. 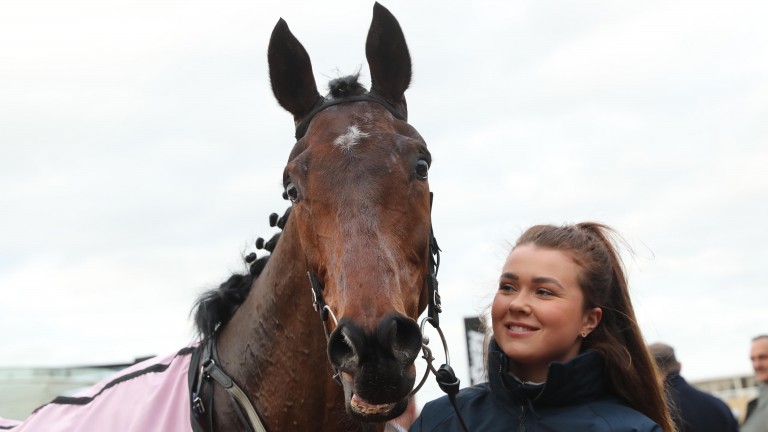 "It was a little bit rough early on but down the back I got a nice position on the outside with a bit of room and I was happy enough coming down the hill. When the second horse came at him he stuck his head down and galloped all the way to the line. He battled well for me."

After two days Elliott has had three winners, five seconds, two thirds and three fourths and is happy with how the festival is going.

"This is grand," he said. "The horses are flying, that's our third winner and I don't think we've had a horse run badly this week."

FIRST PUBLISHED 7:07PM, MAR 11 2020
This is a nice horse and he's going the right way. He just does what he has to do but we're very happy with him