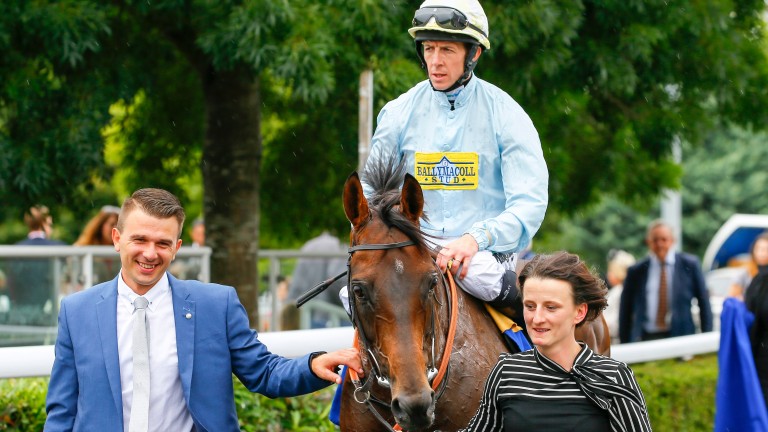 Arab Spring will miss the Group 3 Betway Winter Derby, for which he is 7-2 second favourite with the sponsor, this month as he is set to break new ground for trainer Sir Michael Stoute in Qatar.

Stoute has enjoyed numerous high-profile wins worldwide, including in the US, Canada, Japan, Hong Kong and the UAE, but is yet to have a runner in Qatar.

Arab Spring, who made a fine return to action when going down by a short head to Decorated Knight in the Listed Winter Derby Trial this month, is earmarked for the $1 million Emir's Trophy on Saturday week, the highlight of a three-day festival in Doha.

The mile-and-a-half turf contest, staged at the right-handed Al Rayyan racecourse, has attracted British runners in the past but none as high profile as Arab Spring, who has won twice at Group 3 level and was fourth in a Group 1 in Italy last October.

Frankie Dettori, who rode Arab Spring in that Italian Group 1, is set to be reunited with the seven-year-old as he has more experience of the track than Ryan Moore, having won the feature race twice before.

Stoute said: "The plan is to take Arab Spring to Qatar for their big race later this month, where he will be our first ever runner. I don't think Ryan has ridden there before so we've booked Frankie Dettori, who has plenty of experience around there.

"We still have Convey in the Winter Derby and he's a possible runner at this stage."

The Emir's Trophy, which has local Group 1 status, has been won by trainer Jassim Al Ghazali for the last three years, most recently with the Harry Bentley-ridden The Blue Eye 12 months ago.

FIRST PUBLISHED 11:03AM, FEB 12 2017
I don't think Ryan has ridden there before so we've booked Frankie Dettori who has plenty of experience around there

Sir Michael Stoute: you should play it off the wicket and keep your standards up Who's like Haaland? The big names in racing who don't like TV interviews 'They kept reminding me last year I was on 75 winners – and I'm still on 75'