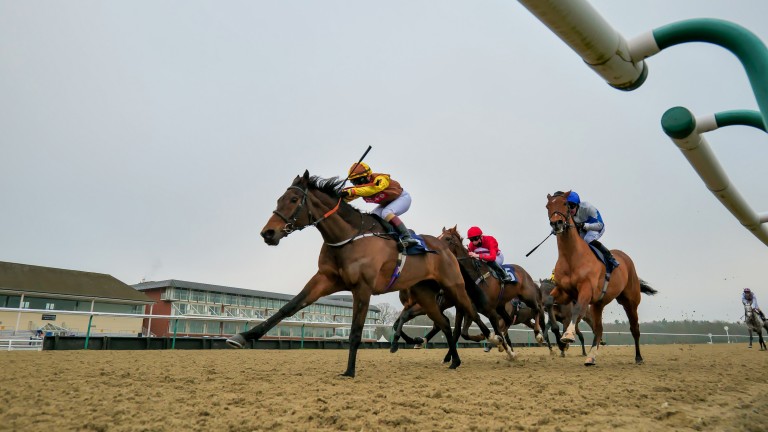 Laura Pearson continued her remarkable run of form when recording her 11th winner of the month on Furzig in the 1m4f handicap.

The 7lb claimer, whose previous best return was two winners in November 2019, belied her inexperience with a well-timed ride on the 11-4 favourite, who finished a length clear of Oslo.

"It's incredible and I could never have dreamt of a month like this," said Pearson, who has 11 winners from 37 rides in December.

"It worked out perfectly for him today and I was pretty confident. He's got an excellent turn of foot and we just needed to find a gap."

It was a second winner in two days for the jockey, who won narrowly with Inevitable Outcome at Wolverhampton on Wednesday.

Fox Duty Free struggled for form at the beginning of 2020 but is a reformed character heading into the new year after landing his third course success in a row when claiming the mile handicap.

The three-year-old, who unseated and refused to race on his first two starts this year, moved from Andrew Balding to Ralph Beckett in October and is unbeaten on the all-weather since November. 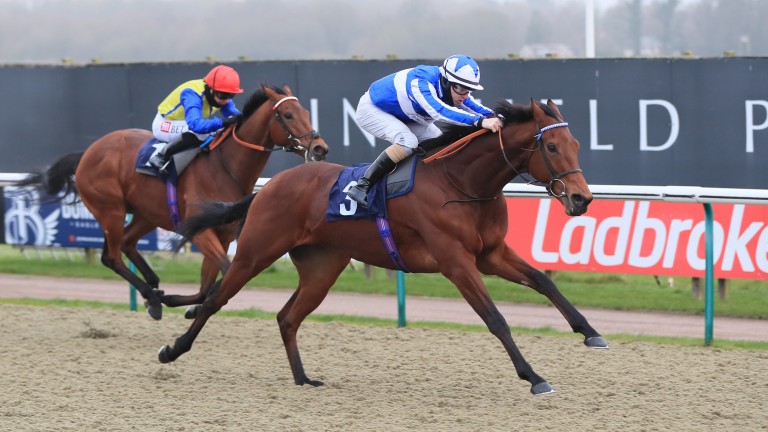 He was bought for 280,000 guineas in 2018 and winning jockey Richard Kingscote, who called him a "good boy" as they entered the winner's enclosure, believes there is much more to come from him.

"He's progressing well and gave me a great feel," he said. "He's had a few quirks but Ralph has ironed them out. We're at the tip of the iceberg and there should be some nice races for him down the line."

Connections of Recon Mission were rewarded for their patience after he won for the first time since June 2019 in the 5f handicap.

The four-year-old, who had gone 14 starts without getting his nose in front, made all under a powerful drive from Luke Morris and finished three-quarters of a length ahead of Thegreatestshowman.

"He's been a bit lost really but he's a good horse and hopefully that will give him some confidence," said trainer Tony Carroll. "He deserved it and it shows how difficult it is to win races these days."

Owner Brian Millen was pleased to sign off with a winner before owners are barred from attending tracks in Tier 4 areas and was particularly delighted his plan to try the minimum trip paid off.

Crane ran out an impressive winner of the mile nursery handicap to provide in-form rider Callum Shepherd with the first leg of a double.

The two-year-old won at the third time of asking for trainer Michael Bell and, in the words of the winning jockey, "put it to bed nicely" when powering two lengths clear of the 85-40 favourite Thapa Vc.

Shepherd landed his double in the 7f novice median auction stakes when 7-2 shot Alvarino stayed on gamely to win by a length.

'This isn't a wind up!' - Max Young delighted to get first winner

FIRST PUBLISHED 4:25PM, DEC 31 2020
It worked out perfectly for him today and I was pretty confident. He's got an excellent turn of foot

What we learned from day four of Royal Ascot 'There is no denying the phenomenal training that has gone into Rohaan' Ascot due a fitting finale with racing's greatest fan set to star on day five 'Special' Berkshire Shadow lands long-running gamble for ecstatic connections Royal approval: King's Lynn and Oisin Murphy going all out for Ascot Group 1 'Plenty of options' as one-time Derby hope Highest Ground bounces back