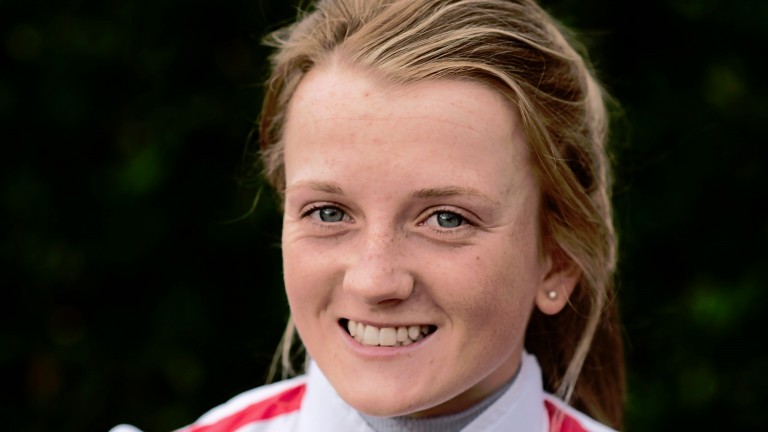 Hollie Doyle: added another winner to her tally at Chelmsford
Edward Whitaker
1 of 1
By Lee Mottershead 4:30PM, MAR 6 2017

Star apprentice Hollie Doyle is hoping to be back in action early next week after being forced to miss a weekend racing trip to Italy due to the effects of a morning fall.

Doyle, who has partnered 23 winners during the all-weather season, had been due to participate in Sunday's Ribot Cup, a showcase of young international talent in Pisa, alongside fellow Brit Tom Marquand and Ireland's Killian Leonard.

"I was really looking forward to the trip but things went wrong when I was riding out on Saturday," said Doyle on Monday.

"I had a fall at home, got knocked out and went into a fit. I don't remember anything about it but I had to go into hospital. I'm out now and hoping I'll be out only for a week, but I'm not allowed to take a concussion test until next Monday.

"I'd like to be able to take it then, but if I fail that one I won't be allowed back for another two weeks."

Doyle added: "It's annoying, as after riding all winter now is the most important time to have my name out there. I got off lightly, though, and it could have been worse."

FIRST PUBLISHED 12:46PM, MAR 6 2017
I'm out now and hoping I'll be out only for a week, but I'm not allowed to take a concussion test until next Monday

'The big target is 100' - Tony Carroll aims higher as course specialist strikes 'She's got a bit of class' - can Amo filly make winning debut? One in, one out: Tempus new 'miracle horse' for Hambleton as Glen Shiel retired Royal Ascot form could prove crucial as Maylandsea bids to bounce back Watson overcomes 'disaster' start with stalls not used in two-year-old race 'It almost didn't look real' - Little Big Bear impresses with his runaway win