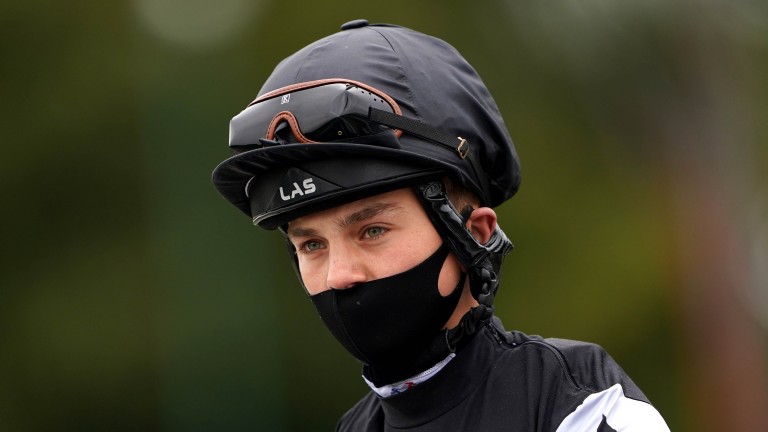 Two-time champion jockey Oisin Murphy was back in action at Lingfield after his ban but apprentice Angus Villiers stole the limelight with a double.

The 5lb claimer is attached to the Newmarket stable of Richard Spencer, for whom he has a sponsored car in the colours of Rebel Racing, and he hit top gear to land the 6f handicap for the yard on Champagne Supernova.

The 17-2 chance had a bit to do turning for home but Villiers got him rolling to shade favourite Clashaniska.

Villiers, who missed most of the winter with a punctured kidney he sustained in a horror fall at Wolverhampton in November, had earlier fired home Hey Ho Let's Go in the opening 6f sprint for Mark Hoad.

Spencer, who went on to complete a double of his own when 2,000 Guineas entry Insomnia made a winning debut in the 7f maiden, said: "Angus is now where we want him to be fitness-wise and we plan to have a real go at the apprentice title with him this year."

Murphy had to settle for places on his first rides back since his return from a three-month drugs ban, with Light Up Our Stars faring best when finishing third in the 7f claimer.

The champion jockey had been scheduled to return at the same track last Friday but was delayed until he could satisfy BHA testing protocols.

He said: "I wasn't back with a winner but it's great to be back riding. Hopefully this will put me right to ride on Dubai World Cup night on March 27."

FIRST PUBLISHED 6:00PM, MAR 17 2021
Angus is now where we want him to be fitness-wise and we plan to have a real go at the apprentice title with him this year

'I didn't say that. He's wrong' - Dettori counters Murphy best-horse claim A day when two big decisions had to be made - officials at Ascot got both right Did the stewards get it right in the Commonwealth Cup? Experts have their say 'Oisin's horse drifted about eight lanes' - Commonwealth Cup result reversed 'I didn't sleep on Tuesday night' - Oisin Murphy rues the one that got away Oisin Murphy v Frankie Dettori: analysing the battle for top jockey