Apple's Jade and Samcro both in the frame for Aintree action 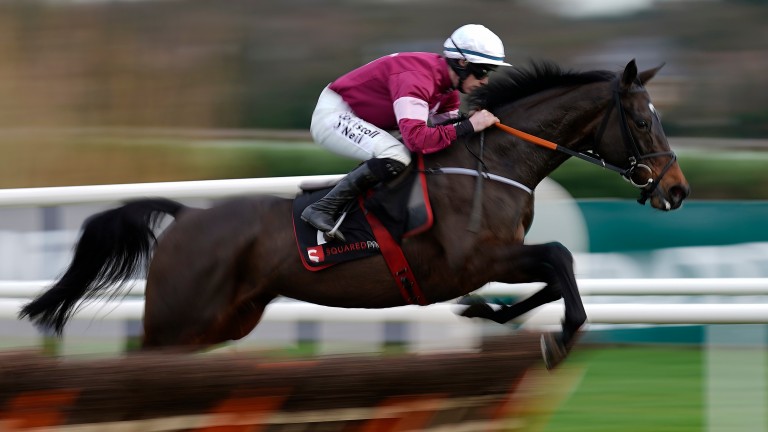 Champion Hurdle flop Apple's Jade has been given two entries at next week's Grand National meeting with connections set to decide over the weekend whether to make the journey to Aintree or wait for the Punchestown festival.

The ten-time Grade 1 winner disappointed when managing only sixth having been sent off favourite for the Unibet Champion Hurdle at Cheltenham, but the seven-year-old was reported to have scoped dirty. Consequently connections are biding their time before committing to her next target.

Trainer Gordon Elliott said: "Apple's Jade has been entered for the Betway Aintree Hurdle over two and a half miles on Thursday and for the Ryanair Stayers Hurdle on Grand National day.

"She's not certain to travel and we'll wait and see how things go with her over the weekend."

The star mare's stablemate Samcro, who missed the Stayers' Hurdle at the Cheltenham Festival, has been entered for the Betway Aintree Hurdle and a decision on his participation will be made after he works this weekend.

Elliott said: "Samcro seems in good form and we'll make a call about Aintree after he works at the weekend."

The seven-year-old, a dual Grade 1 winner as a novice last season when he landed the Ballymore Novices' Hurdle at Cheltenham, has failed to win in three starts this season.

He has not run since disappointing in the Ryanair Hurdle at Leopardstown in December after which he was found to be suffering from a deep-rooted lung infection.

A tilt at the Stayers' Hurdle at Cheltenham was considered before it was decided to give him more time and to concentrate on Aintree and Punchestown.

FIRST PUBLISHED 7:05PM, MAR 28 2019
Apple's Jade has been entered for the Betway Aintree Hurdle on Thursday and for the Ryanair Stayers Hurdle on Grand National day

Samcro, Stratum and much, much more - have you got that Friday feeling yet? 'He's in great shape and working well' - can Samcro bounce back in Galway Plate? Samcro tops a maximum field for the Galway Plate with Jordan Gainford booked Top owners Simon Munir and Isaac Souede remove horses from Gordon Elliott's yard Owner horrified to learn Kiss Me Kayf was sent to English abattoir Henderson: racing must heed Panorama warning over traceability of retired horses