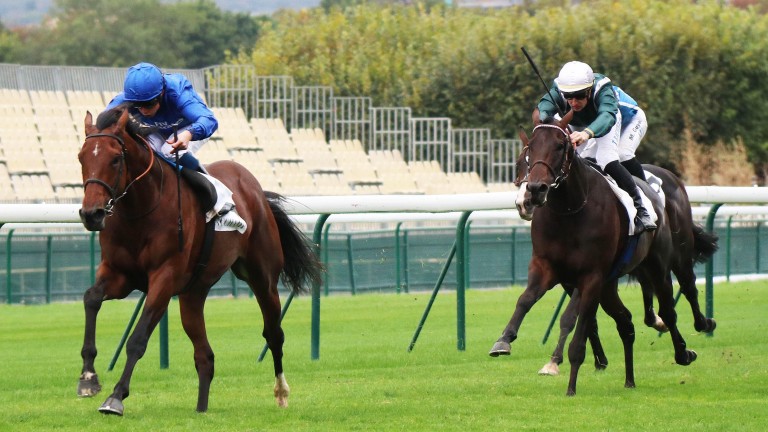 The winner of the opening Banhams EBF Maiden Stakes (1.50) on the Rowley Mile on Thursday will have a lot to live up to as it has been won for the past two years by Eminent and Ghaiyyath, with Telescope (2012) another notable name of the recent honour roll.

The 19-runner contest is always strong numerically as it cannot be split, with Newmarket already staging a maximum eight-race card.

The Charlie Appleby-trained Ghaiyyath, winner of a Group 3 in France just last weekend, was having his second start when landing the mile maiden a year ago and connections are plotting a similar course with Magic Illusion, one of two runners from the Moulton Paddocks outfit.

The son of Dubawi, who is joined in carrying the famous blue silks by Star Safari, was sent off even-money when only fourth to Turjomaan at Ascot this month.

Appleby said: "We expected a good run from Magic Illusion at Ascot and we've popped the cheekpieces on him this time, just as we did with his half-brother Gold Town. If he can step up from that they have him all to beat."

The Aidan O'Brien-Ryan Moore combination is represented by Constantinople, who ran on well to finish fifth on debut behind Madhmoon – an impressive Group 2 winner since – at Leopardstown last month.

O'Brien said: "We think he has come forward from his debut at Leopardstown, where he was slowly away and ran on towards the finish." 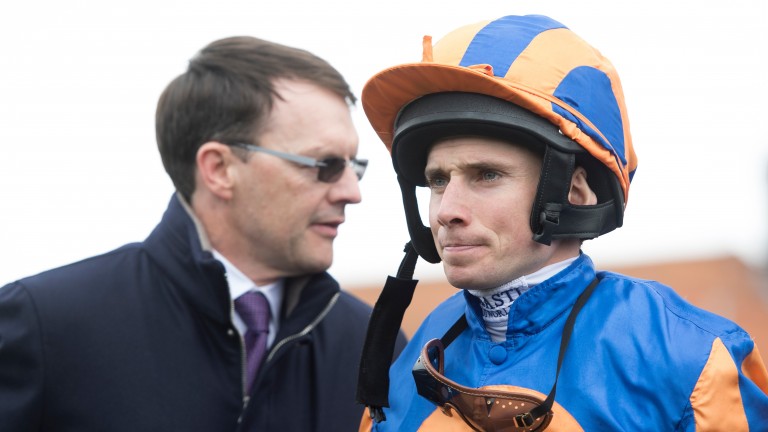 One of only two runners in the line-up to have run twice is the Andrew Balding-trained Bangkok, who disappointed a little last time after a promising debut second to the classy Sangarius at Newmarket in August.

Balding said: "Some of my youngsters weren't quite right when he ran the second time but he's fine again now and is a talented colt."

First run in 1830, it came initially with a prize of an actual whip which contains hairs from the tail and mane of the great stallion Eclipse and is now displayed at the Jockey Club Rooms in the town. The whip dates to the reign of King Charles II (1660-1685), who is said to have carried it in races himself.

The unique contest is restricted to horses owned at least 50 per cent by members of the Jockey Club, Jockey Club Rooms or registered companies they control. It carries no prize-money, but a bronze statue by Charlie Langton is presented to the winning owner and a case of champagne to the winning trainer.

Michael Bell had no luck in the 1m2f handicap last year but tries again.

The trainer said: "Maori Bob is actually above the threshold of the handicap but still allowed to run. He should take plenty of beating."

FIRST PUBLISHED 6:00PM, SEP 26 2018
We've popped the cheekpieces on him this time, just as we did with his half-brother Gold Town. If he can step up from that they have him all to best