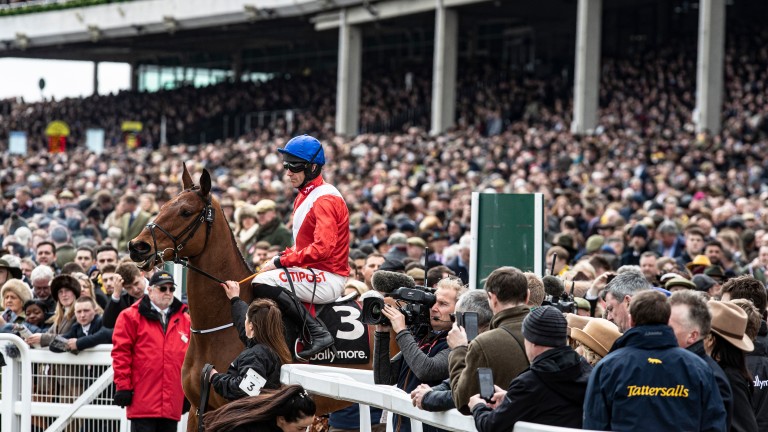 Envoi Allen: Irish star feared by the bookmakers ahead of the 2021 Cheltenham Festival
Patrick McCann (racingpost.com/photos)
1 of 1
By Stuart Riley UPDATED 11:30AM, MAR 10 2021

In less than a week's time the Cheltenham Festival will be upon us and while the war between punters and bookmakers has yet to kick off in earnest the lines have been drawn. While there is no consensus, here are leading bookmakers on their major liabilities for jump racing's biggest four days.

Pat Cooney said: "We're seeing plenty of trebles featuring Chacun Pour Soi, Envoi Allen and Monkfish, with Shishkin being the fourth most popular selection of all the entries at the festival. Overall, we're in decent shape in the Champion Hurdle and Gold Cup and also have no real headaches in all the handicaps.

"One we're concerned about though is Elimay in the Mares' Chase who was 12-1 with us after winning a Grade 2 at Thurles in mid-January. She looks even better based on her last run, and is currently our biggest race-by-race individual loser."

Barry Orr said: "The three novice chasers are dominating the ante-post markets on the Betfair Exchange. There's been £235,000 matched in the Arkle, with £144k (62 per cent) of that traded on Shishkin. In the Marsh, the Irish banker Envoi Allen accounts for a remarkable 78 per cent of the matched volumes with £143,000 of the £183,000 currently traded being traded on him.

"Finally, in the Brown Advisory, Monkfish is responsible for 53 per cent of the match volume with £66,000 of the £124,000 matched on the Willie Mullins-trained runner. The biggest ante-post market so far is the Champion Hurdle with £453,000 matched. To put that into context, the Gold Cup has £308,000 traded."

"Even though it'll be a very different Cheltenham Festival this year, with betting shops sadly closed, day-of-race turnover will as always dwarf the ante-post positions we've built over the winter months, so none of the aforementioned quintet is causing us too many concerns at this stage. Although, it'd be no surprise to see all of them attract further significant support on their respective days.

"The Stayers' Hurdle, Ryanair Chase and Triumph Hurdle all promise to be competitive affairs where cases can be made for at least two or three contenders in each, while Al Boum Photo has yet to capture punters' imagination in the Gold Cup market. The dual winner is trading at considerably bigger odds than Best Mate was approaching his hat-trick bid." 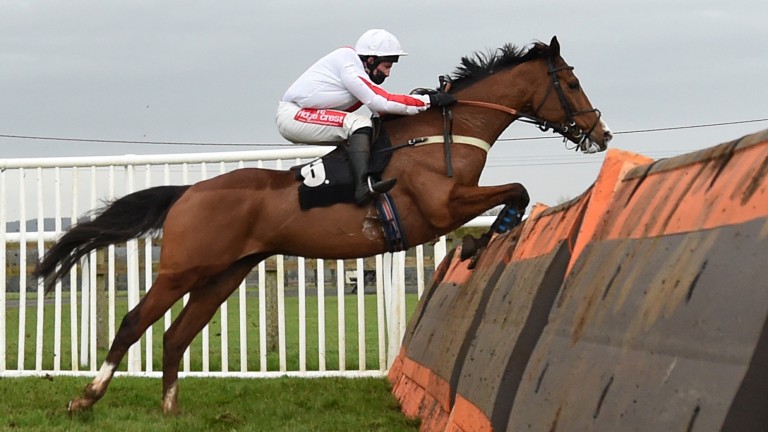 Jon Lees said: "Since we went non-runner, money back, Goshen has emerged as our biggest loser, being backed into 4-1 for the Champion Hurdle in the wake of his impressive Kingwell win. Among the handicappers Aye Right [Ultima] and Zanza [Grand Annual] would be bad results, while Champ has been popular for the Gold Cup.

"Among short-priced horses, victories for Epatante [Champion Hurdle], Energumene [Arkle] and Gaillard Du Mesnil [Ballymore] would be decent results at the moment.

"In our market for which horse will record the biggest winning distance at the festival we've seen a lot of money for Easysland, who is into 10-1 from 20-1."

Paul Binfield said: "We're just coming into the Cheltenham preview night period which should add fuel to the fire regarding the ante-post markets. Unsurprisingly, the big horses such as Envoi Allen, Monkfish, Chacun Pour Soi and Shishkin have been highly popular in multiples.

"In terms of volume, Envoi Allen is the best backed in our book but Bob Olinger in the Ballymore is our most significant liability all in. Honeysuckle in the Champion Hurdle is another that has been very well supported."

Jamie McBride said: "The Champion Hurdle is our biggest race in terms of turnover, therefore we've some great results among the horses with credible chances such as Silver Streak and Sharjah. Unsurprisingly Shishkin and Envoi Allen are our worst results having laid them at 10-1 and 8-1 respectively in the aftermath of last year's meeting.

"Punters love horses who keep winning so Monkfish and Honeysuckle feature heavily in multiple bets. Whilst we're looking forward to the action on the track, the dilution of the meeting naturally leads to less competitive racing and we approach it with a certain amount of trepidation and any big-priced winners will be gratefully received."

FIRST PUBLISHED 9:11AM, MAR 10 2021
In terms of volume Envoi Allen is the best-backed in our book, but Bob Olinger in the Ballymore is our most significant liability all in