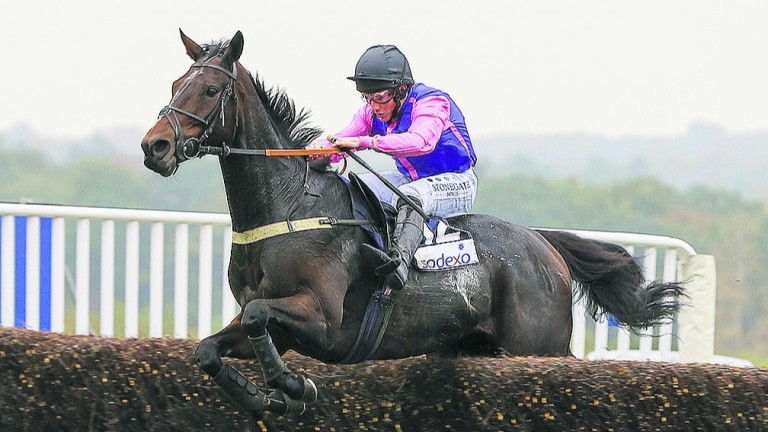 Sir Peter O'Sullevan loved a good punting puzzle, so it is fitting the race staged in his honour has thrown up a seriously competitive contest.

A first prize of £25,000 awaits the winning connections, but that is half the sum collected by the Antony camp when he landed the Sodexo Gold Cup at Ascot's opening jumps meeting.

On this occasion Antony drops back in trip by a couple of furlongs, while he is also 8lb higher in the ratings, but interestingly trainer Gary Moore has a hunch the six-year-old could be better going left-handed, as he will be at Newbury, than right-handed, as he was at Ascot.

Tjongejonge beginning to blossom
Tjongejonge was held in high regard last season but never lived up to his billing. However, he began to fulfil his promise when cruising to a handicap-chase success at Market Rasen. He runs off a 12lb higher mark here.

Shift hard to read
Full Shift is running on Hennessy day for the second consecutive year and the hope must be he performs better than 12 months ago, when he was a huge flop as 7-2 favourite in a novice handicap chase. He undeniably has ability but consistency is not his strong point.

Colin Tizzard, trainer of Gentleman Jon
This is a different sort of test for him because the two races he's won this season have been on firmish ground. We'll find out here if he can handle softer conditions, and it's a big question mark.

Nigel Twiston-Davies, trainer of Little Jon
He won a big race there last season and will like the distance. I'm expecting him to run well.

Gary Moore, trainer of Antony
I thought he went up enough for winning at Ascot and he'll need to have a few pounds in hand if he's going to win this – I don't know that he does, but I hope so. He has every chance, though, and he could be better going left-handed.

Nicky Henderson, trainer of Full Shift
I don't know what happened at Cheltenham the other day when we were experimenting over three miles. He was beaten after one mile, so it certainly wasn't down to stamina. Two miles and six furlongs seems a perfect trip for him and the better the ground the better he should go.

Paul Nicholls, trainer of Warriors Tale
He has a bit of an in-and-out profile but ran very well here off 135 last year, so off 130 he's arguably well handicapped. A couple of times he's been up north and run terrible. We suspect it's the travelling, so we're keeping him close to home.

Philip Hobbs, trainer of Generous Ransom
This looks very competitive with 17 declared and I just hope he can manage with so many runners in the race.

Peter Bowen, trainer of Henllan Harri
He lost his way over fences but seems back in good form and is now on a nice mark.