Tuesday Action THREE THINGS TO WATCH OUT FOR

Antartica aiming to leave Listed rivals out in the cold 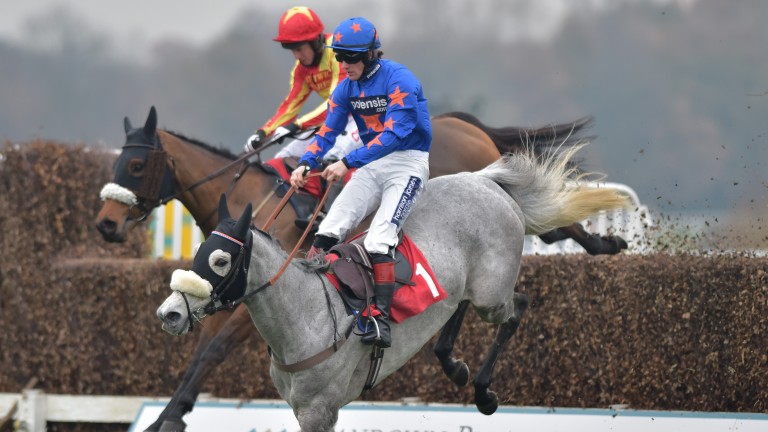 A penalty proved no anchor to success in the Listed Charnwood Forest Mares' Chase (2.40) at Leicester a year ago and Antartica De Thaix is out to repeat the trend in a race that has attracted just three runners.

The Paul Nicholls-trained grey, who is one of two starters that failed to complete last time, bids to emulate Desert Queen, who defied a 10lb penalty to win the first running of this 12 months ago.

Antartica De Thaix, who has an extra 4lb to shoulder for winning a Listed contest at Huntingdon last March, finished a decent second in a similar contest on her reappearance at Market Rasen in November before falling two-out when looking the likely winner at Wincanton this month.

Nicholls said: "Antartica De Thaix jumped well on whole last time and was looking likely to win until she came to grief. She still makes novicey errors, which we have being doing our best to iron out, and she schooled nicely this morning.

"If she does what she shows at home she should go close, although the other two look no mugs. Got Away was travelling well when falling last time, while Lastbutnotleast was a good winner at Haydock. It's an interesting little race."

Got Away was making her debut for Oliver Sherwood when departing early on at Newbury in December but has plenty of experience of fences in France, where she won three of her 13 starts before crossing the Channel.

Sherwood said: "It was a nothing fall at Newbury and hopefully she'll run a nice race as she's a mare we really like who does things so easily at home. She may be better going right handed this time as that is the way she tends to jump, but it looks a proper race despite it only attracting three runners."

The trio is completed by the Donald McCain-trained Lastbutnotleast, who was the only one of these to complete last time when scoring by 36 lengths at Haydock.

Stuart Williams gives not one but two of his senior sprinters their first runs on Fibresand with Compas Scoobie and Shamshon tackling the feature Betway Sprint Handicap (3.05) at Southwell.

It is not unknown for the Newmarket trainer to take his Fibresand newcomers to the East Midlands track for a workout before they take the plunge but not this time around.

Williams said: "These two are fit enough just now but we are a bit in the dark about the surface. It's a bit like going from running on a road to running on sand but hopefully they'll take to it."

Tufto back in race he won eight years ago

Grand old servant General Tufto makes his sixth appearance in the finale at Southwell, the sunbets.co.uk Handicap (4.10), a contest he won back in 2010.

The 13-year-old has since then finished fifth (2012), sixth (2015), fourth (2016) and fifth again a year ago. Charles Smith's stalwart showed signs of a revival when third over course and distance last Thursday.

In total, General Tufto is having his 114th start at a track where he has won 15 races, most recently in 2016.