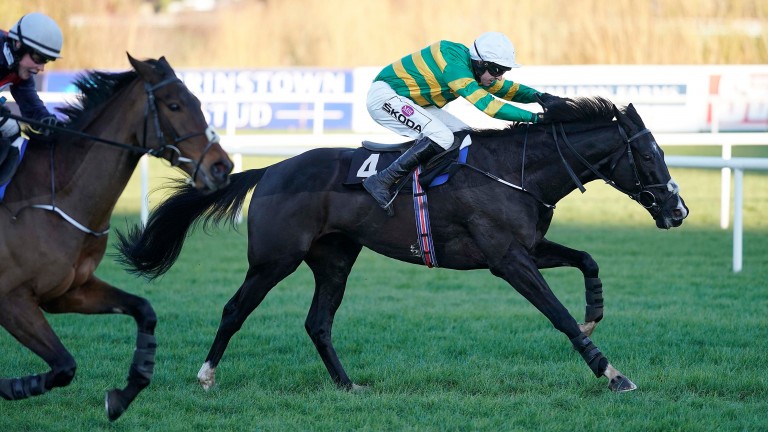 It was another winner for JP McManus and Joseph O'Brien as Le Richebourg bolted up in a truly-run edition of the Grade 1 Frank Ward Solicitors Arkle Novice Chase from stablemate Us And Them.

Le Richebourg will now head for the Racing Post Arkle at Cheltenham and attempt to emulate Un De Sceaux, Douvan and Footpad, all of whom won both races in recent years.

The six-year-old was shortened to a best-priced 9-2 favourite (from 7) by bet365 and Betfair Sportsbook for the Arkle, while a few firms were even more impressed and went 7-2.

Gary and Jamie Moore's British challenger Knocknanuss fell at the second fence having raced keenly to that point, while Voix De Reve, who was left in front, was bang there with every chance when he came down at the last.

His exit left Le Richebourg, who travelled strongly throughout the contest and was gifted a lovely run up the inside rounding the home turn, in control and he found plenty for Mark Walsh's urgings on the run-in to draw clear. 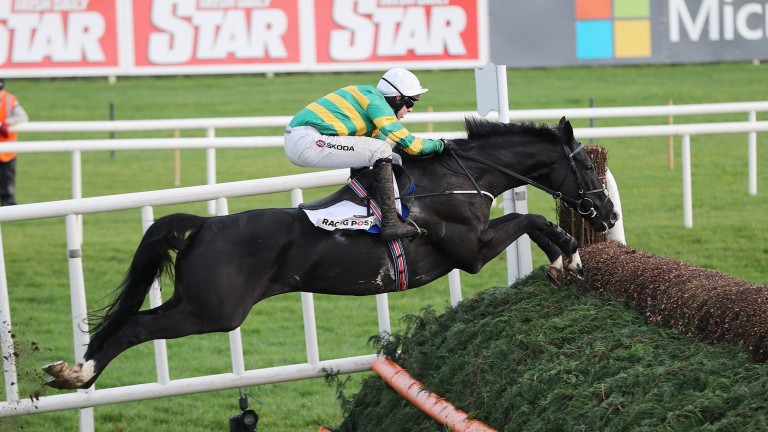 Le Richebourg: a fine jumper of a fence
CAROLINE NORRIS

Le Richebourg, who was making it four from five over fences with his second Grade 1 success, had seven lengths to spare over Us And Them, with a 13-length gap back to Mengli Khan in third.

It was a first win in Ireland's Arkle equivalent for O'Brien, McManus and Walsh.

O'Brien said: "Le Richebourg is a very quick and accurate jumper. It was good to see him jump the last so well as he'd made a mistake at the same fence when winning at Christmas.

"He's learning all the time and the strong pace suited him. The Arkle at Cheltenham is the plan – they'll probably go even quicker there. Us An Them might go for the same race and maybe Aintree after that. He's an outstanding jumper."

The trainer added: "I think nice ground is important to Le Richebourg. He was a good hurdler – he was fifth in the Galway Hurdle and we were a bit disappointed with him, but the form of that race has worked out unbelievably well."

Only six went to post for the race after Articulum and Paloma Blue were withdrawn, connections deeming the ground – officially good – unsuitable.

McManus and Walsh had struck earlier on the card with the Charles Byrnes-trained Off You Go in the competitive Ladbrokes Handicap Hurdle, a race in which the owner also had the second and third.

On a fine afternoon even by his standards, McManus also enjoyed success in Britain as Defi Du Seuil landed the Grade 1 Scilly Isles Chase for Philip Hobbs and Barry Geraghty, while Buveur D'Air, also ridden by Geraghty, took the 888Sport Contenders Hurdle for Nicky Henderson.

FIRST PUBLISHED 3:57PM, FEB 2 2019
Le Richebourg is a very quick and accurate jumper. It was good to see him jump the last so well