Another Enable in the line-up? Analysis and trainer views for the fillies' trial 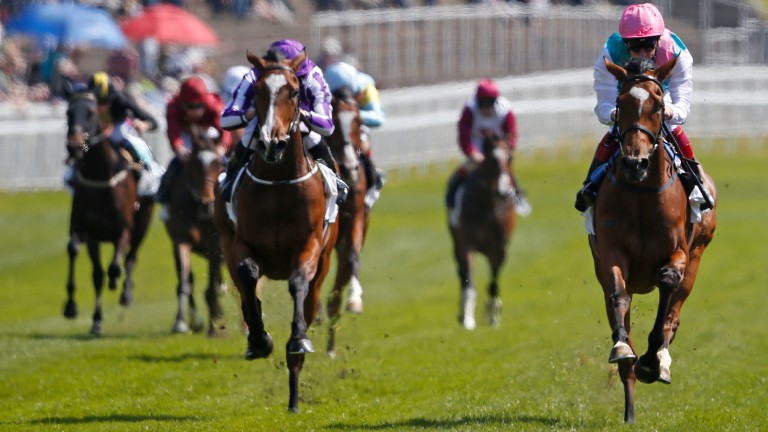 Enable (right): won the Cheshire Oaks en route to Epsom victory
Alan Crowhurst
1 of 1
By Graham Dench UPDATED 9:07AM, MAY 9 2018

Comparisons are odious, or so it is said, and they can often be downright unfair.

It would certainly be unfair to expect the winner here to bear comparison with last year’s scorer, for it was here 12 months ago that the brilliant Enable burst into the Classic reckoning with an easy  length and three-quarter defeat of the Aidan O’Brien-trained favourite Alluringly, who had been bidding to give her stable a sixth win in the race.

Despite the style of her success, Enable was widely available at 10-1 for the Investec Oaks afterwards – and nobody needs reminding how generous those odds turned out to be.

It may be too much to expect another Enable to be lurking in the line-up, or for that matter a filly to compare with Light Shift, who completed the same double in 2007. However, you never know.

Enable’s trainer John Gosden this time saddles Award Winning, a beautifully bred filly by Dubawi who carries the navy Magnier colours more commonly associated with fillies from the O’Brien stable. A winner at Wetherby on soft ground, she is one of four in the field not engaged at Epsom, but she does hold a Ribblesdale entry. 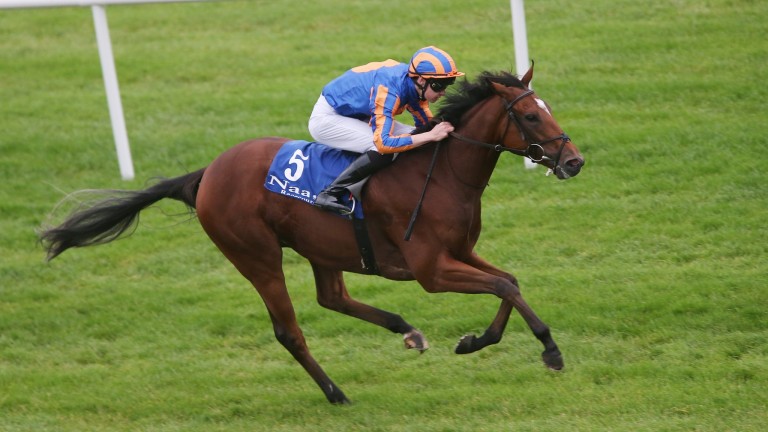 Dramatically: one of three runners for Aidan O'Brien in the Cheshire Oaks
CAROLINE NORRIS

Alluringly, subsequently third at Epsom, was the sole Ballydoyle representative when having the misfortune to run into Enable 12 months ago. The stable’s two most recent winners – Somehow (2016) and Diamondsandrubies (2015) both finished fourth in the Oaks at Epsom.

Despite only holding Listed status O’Brien always runs good fillies in this race, but this year he complicates matters by running three, although Ryan Moore’s booking for Magic Wand in preference to Dramatically and Forever Together has obvious significance.

Magic Wand is a maiden who has run to a Racing Post Rating of only 61 on both her starts. On form she has no business trading at around 4-1, but she is a Galileo filly open to any amount of improvement on this better ground and should not be underestimated.

O’Brien said: “Dramatically ran in the Nell Gwyn and we think the step up in trip will suit.

“The other two are maidens. Magic Wand ran a nice race when third on bad ground at Leopardstown and we think she’s progressed since. Forever Together ran twice last year and we’ve been waiting for better ground to start her off. She should learn from the experience.”

Charlie Hills, trainer of Here's Alice
She didn’t learn too much at Newmarket – she broke too well – and the idea is to try to get a lead, but she’s always gone nicely at home. Her work suggests she’s up to this level, and there are a lot of fillies worse than this one.

Ralph Beckett, trainer of Kinaesthesia
She's got a lousy draw and she's got a bit to learn still, but her work has been sharper this spring and I'm hopeful she'll be competitive.

Gavin Cromwell, trainer of Princess Yaiza
She’s in good form and ran well when third in the Salsabil at Navan
last time, but I’m very disappointed with her draw. Franny Norton is a genius around Chester but he’ll certainly have to be to win from stall ten.

Roger Varian, trainer of Shaherezada
She’s a genuine filly who showed progressive form as a two-year-old with Clive Cox. She’s training nicely and has a good draw for this jump in class. She’ll get the trip and I’m excited to run her.

Andrew Balding, trainer of Shailene
She’s a quality filly who has looked very nice at home. She has a fair to bit to find on form but is entitled to have improved for the Lingfield run, and on what she does at home she deserves her place in the field.

The ground is drying out at Chester and clerk of the course Andrew Morris anticipates the meeting starting on good ground.

Speaking at lunchtime on Tuesday he said: "It's currently good to soft, good in places, and although there's a chance of a light shower this afternoon we are forecast a sunny morning and I'm expecting us to start racing on good ground.

"The forecast then is a little unsettled, with the threat of light showers through the week and a more sustained band of rain which could yield up to 4mm of rain on Wednesday night through to Thursday morning."

Morris declined to comment in detail on any changes to security arrangements following last Saturday's Goodwood fracas but said: "Like any racecourse we are continually reviewing our security and have done so again this spring."

He added: "One significant change racegoers will notice is that, with the co-operation of Cheshire police and the local authorities, we have created a vehicle-free zone all around the racecourse through additional road closures, so the routes into the racecourse will be a little bit different for many people."

FIRST PUBLISHED 6:00PM, MAY 8 2018
Magic Wand ran a nice race when third on bad ground at Leopardstown and we think she has progressed since

Can Willie Mullins and Ryan Moore strike with ante-post punt Saldier? Dominant duo Moore and Dettori set to extend stranglehold on riding honours Can one-of-a-kind Jim Bolger pull off more Group 1 heroics with Poetic Flare? Confirmed runners and riders for the Prince of Wales's Stakes at Royal Ascot Is this Aidan O'Brien's greatest Ascot masterstroke or a total shot to nothing? Change of stable paying off as Elhafei lands hat-trick for John Mackie