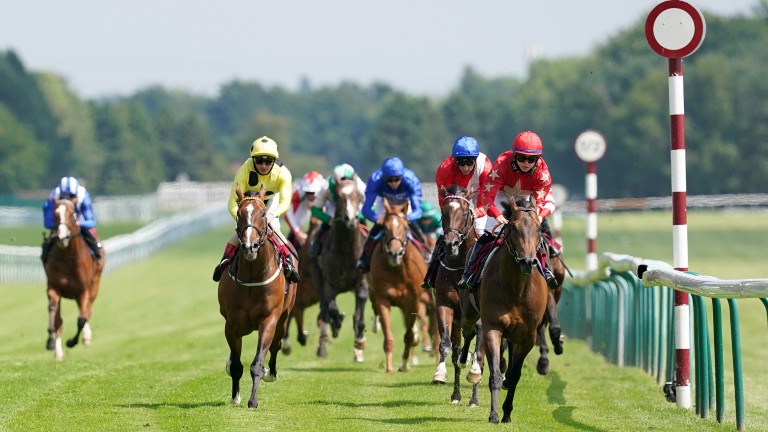 England midfielder Jordan Henderson's winning run continued when Mr McCann, the progressive two-year-old he part owns with Liverpool teammates past and present, added to his fine week by running out the easy winner of the 7f novice (2.45) at odds of 22-1.

Named after Matt McCann, Liverpool's press officer, last month's Lingfield winner made it two in a row by making all under Jane Elliott to score by two and three-quarter lengths.

Henderson has come on a substitute in England's wins over the Czech Republic and Germany at Euro 2020, and Dascombe expressed his delight at being able to hit the ground running for the new ownership group. He said: "We were looking for a horse that would hopefully go out and give them a pretty instantaneous result.

"Eddie O'Leary said to me, if you buy this horse you will not be disappointed.

"It was disappointing none of the owners could make it here, but then at the same time it's not disappointing as some are still competing at the European Championships!" 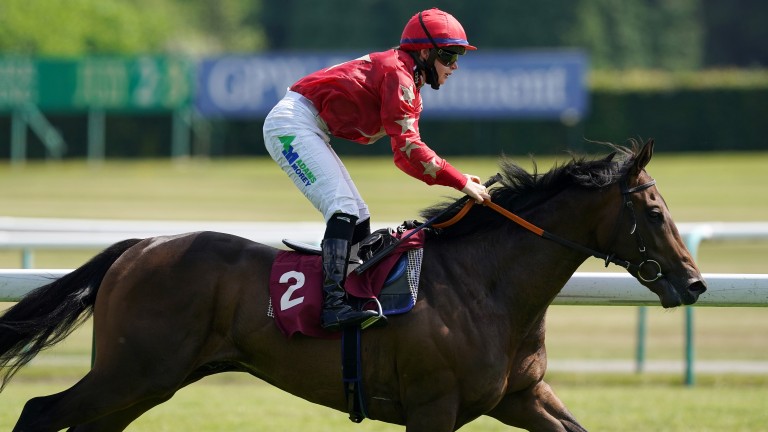 Dascombe trains out of former England striker Michael Owen's Manor House Stables in Cheshire, and the 2001 Ballon d'Or winner was on hand to collect the trophy.

Owen, speaking to Racing TV, said of the colt's owners: "They're new into the game and wanted an early, sharp two-year old, but he looks more than that.

"He was pretty impressive there giving a penalty away and a good beating to his rivals. It's the perfect start to racehorse ownership for them so hopefully they get the bug and will be here for a long time."

Saffie Osborne was reunited with the horse who provided her with her first winner back from injury in April as the Roger Fell-trained Dapper Man took the 5f apprentice handicap for the third year in a row. 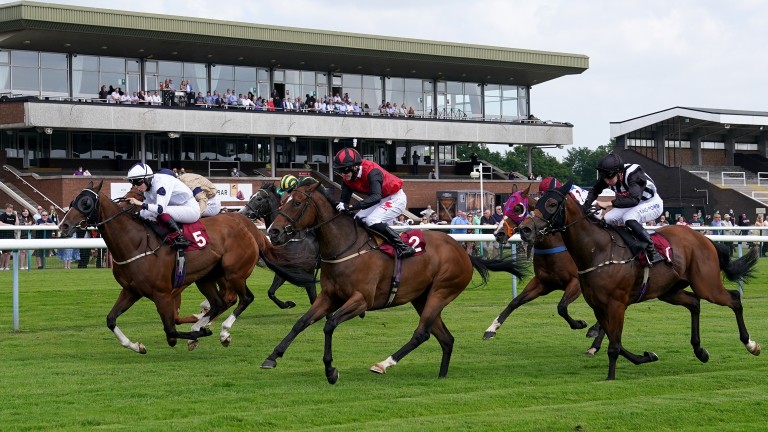 Fell was quick to praise the role of Osborne, who was taking her seasonal tally to 30. He said: "Saffie really helped him get over the line – she was really good as he only does it when he wants to."

FIRST PUBLISHED 6:00PM, JUL 1 2021
Eddie O'Leary said to me, if you buy this horse you will not be disappointed

Quick-fire juvenile double takes Thore Hammer Hansen to career-best tally Tom Dascombe: 'I made Jim Crowley run starkers to the post office and back!' The Queen is the owner to follow after Friday treble and fabulous fortnight Mutasaabeq aimed at Glorious Goodwood after impressive conditions success Graeme Rodway on how the market can inform punters in Super Sprint