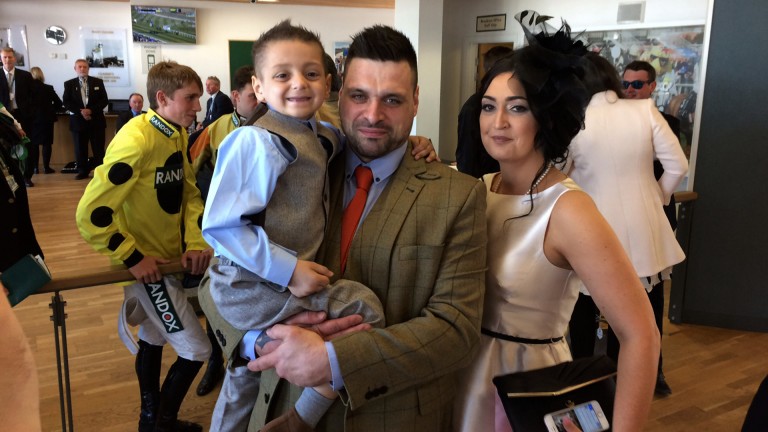 This year's 41st 'runner' in the Grand National, Edith Molyneux, has received a £250,000 boost from an anonymous donor.

A year on from Bradley Lowery's appearance as honorary number 41 in the Grand National, this year's racecard for the world's most famous race featured three-year-old Edith, known as Edie, in a bid to raise awareness over her fight against a rare brain tumour.

After hearing about Edie's appeal at Aintree, a mystery benefactor has donated £250,000 towards her treatment.

Gemma Lowery, co-founder and chief executive of The Bradley Lowery Foundation, told the Wirral Globe: "We are very grateful to Aintree racecourse and the Jockey Club for allowing Edie to be part of the Grand National.

"We were thrilled to get her name out there, and thanks to them there has been an anonymous donation.

"This has taken a lot of stress away from the family and allowed us to breathe a little bit more. However, crucial funding is still needed and we will continue to work towards our fundraising goal."

German-based tainers Peter Schiergen and Markus Klug were among those represented in the Group 2 Princess of Wales's Arqana Racing Club Stakes entries released on Wednesday.

Windstoss, who finished third behind Cracksman in the Coronation Cup at Epsom last time, has been entered by Klug, with his compatriot putting in Walsingham, who finished runner-up in a Group 2 at Baden-Baden last time.

The £100,000 race on July 12 received 34 entries in total, while the Tattersalls Falmouth Stakes, another highlight of the July meeting at Newmarket, received 37 entries.

FIRST PUBLISHED 12:50PM, JUN 20 2018
This has taken a lot of stress away from the family and allowed us to breathe a little bit more. However, crucial funding is still needed