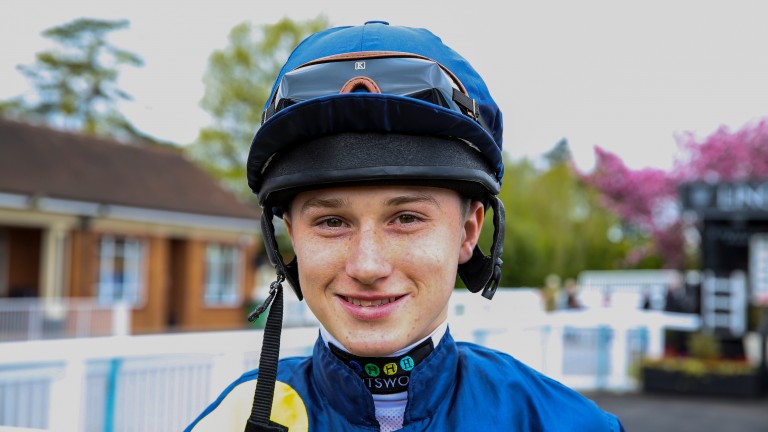 Andrew Balding will give apprentice Joshua Bryan his full support when he returns from the six-month ban imposed on Thursday at a BHA disciplinary hearing at which it was established that he had deliberately avoided a routine drugs test at Lingfield late last year.

The panel concluded that Bryan left the weighing room at Lingfield because he became aware drug testers were present and therefore he was at risk of being selected for sampling. Bryan admitted to misleading officials twice, when the incident occurred on November 20 and six days later when subsequently interviewed.

Balding said: "I'm obviously disappointed, but nobody is more disappointed than Josh himself, who feels he has let himself down and let everybody else down too.

"He's well aware he's done an incredibly stupid thing and he's been penalised with a lengthy ban, but he's got a lot of ability and when he's served his time I'm sure he'll come back a stronger and better person.

"Everyone is entitled to make the odd mistake and there will be a place for him when he comes back. He's been a part of the team for a long time and by and large he's been an excellent member of the team. We'll help him as much as we can and hopefully he will kick on again where he left off."

Bryan was on course for his best season yet and within sight of riding out his claim, a winner for Alex Hales at Lingfield on Monday having been the 83rd of his career. He rode a double at Chelmsford earlier this month and has done particularly well when riding for his uncle Peter Bowen and also for John Butler and Charlie Wallis.

FIRST PUBLISHED 3:23PM, AUG 23 2019
Everyone is entitled to make the odd mistake and there will be a place for him when he comes back. We'll help him as much as we can