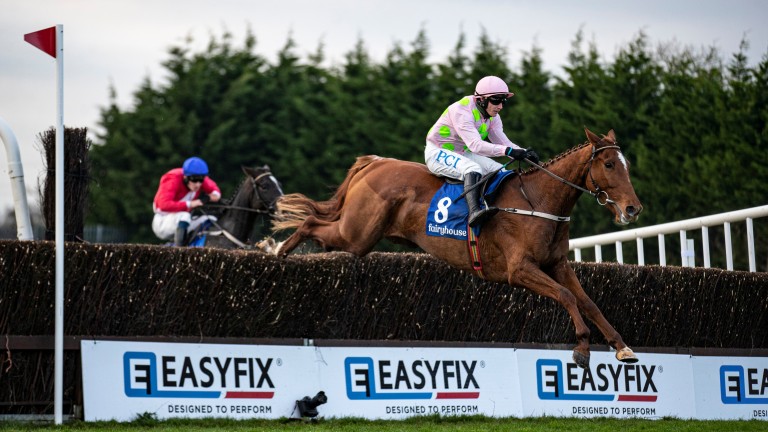 Monkfish and Paul Townend put in a clean jump at the last on their way to victory at Fairyhouse
Patrick McCann (racingpost.com/photos)
1 of 1
By David Jennings 6:00PM, DEC 28 2020

Don Poli and Bostons Angel both won this on the way to RSA Chase glory, and other noteworthy winners in the last decade include Carlingford Lough (2013), Our Duke (2016), Shattered Love (2017) and Delta Work (2018).

Monkfish could continue the recurring theme of top-class staying chasers scooping the prize, and is a very short price to do so. 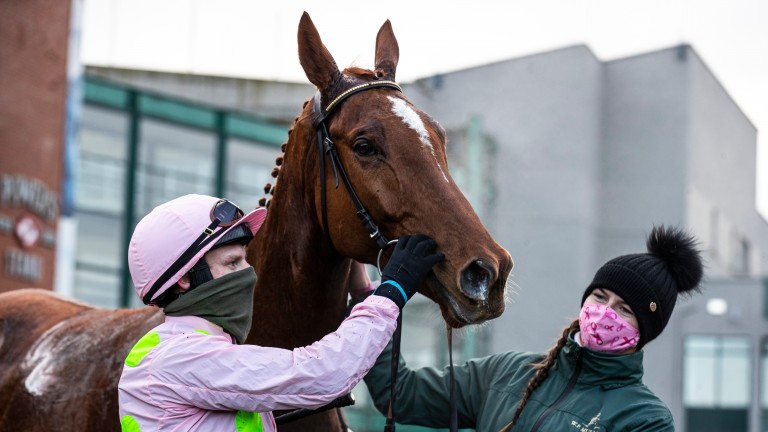 The narrow Albert Bartlett winner was promoted to ante-post favourite for the race formerly known as the RSA Chase when cantering his way to success at Fairyhouse last month.

Monkfish beat 139-rated stablemate Ontheropes by four lengths there, but there was so much more to the performance than the bare result as he attacked his fences and made everything look effortless. This is the game he was born to do and he looks as though he's going to be very good at it.

There are two ways of looking at it. You could argue there was so little between Monkfish and Latest Exhibition (a neck) in the Albert Bartlett that there should not be so much between them in the market here.

You could also argue that Monkfish has improved significantly for the switch to fences, whereas Latest Exhibition has to prove he has done likewise after suffering a surprise defeat at the hands of Pencilfulloflead at Punchestown.

Monkfish might just be the real deal, and this will go a long way to telling us whether he is or not. He will be odds-on and you might find less-competitive contests to back odds-on shots in, but the simple fact of the matter is that he is by far the most likely winner. 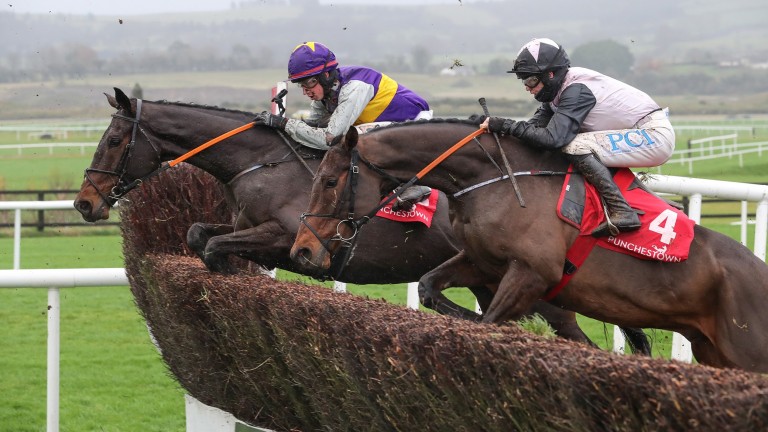 While defeat at Punchestown was a bitter disappointment for Latest Exhibition's connections at the time, Pencilfulloflead was only collared late in a Grade 1 at Limerick on Saturday so it was nothing to be ashamed of.

Paul Nolan was back among the winners at Limerick on Monday and, no matter what way you view the race, he was only just behind Monkfish at Cheltenham.

Conflated is interesting too. He might not have been the most high profile of Gordon Elliott's novices at the start of the season, but the way in which he put Opposites Attract and The Big Getaway (won at Leopardstown on Monday) to bed at Navan last time was very easy on the eye. He is improving fast.

Whether he has improved enough to master Monkfish is doubtful.

Gordon Elliott, trainer of Conflated
On his form this season it looks as though he could appreciate the step up in trip, and having won very well at Navan over two and a half miles I think he's entitled to take his chance at this level.

Mouse Morris, trainer of Foxy Jacks
He's in great form, but it looks a hot race with the likes of Monkfish and Latest Exhibition in there, so he's going to have it all to do to put it up to the likes of those.

Paul Nolan, trainer of Latest Exhibition
He seems fine, but wouldn't want too much rain. That said, it's not going to be as bad as it was at Punchestown last time no matter how much rain falls. Bryan [Cooper, jockey] was never really happy with him from the start that day. I'm glad we had that winner at Limerick [Itsnotinit], and that sets us up nicely for this. There will be no excuses.

Willie Mullins, trainer of Monkfish
He was very good when winning at Fairyhouse on his first start over fences. This is a big step up, but the experience he'll gain from running in a race like this will stand to him.

FIRST PUBLISHED 6:00PM, DEC 28 2020
He won very well at Navan over two and a half miles I think he's entitled to take his chance at this level