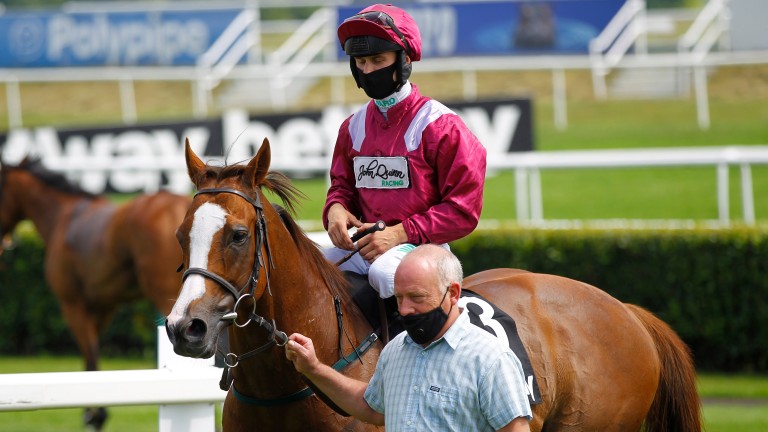 That Liberty Beach was not declared removes much of the interest in the three-year-olds, but the City Walls has generally been a race for the veterans, anyway. So far this century there have been three winners aged three, as many aged eight or over and a further four seven-year-olds.

That is not to say it is the sprinting equivalent of the retirement carriage clock. Hamish McGonagall won it before finishing third in the Nunthorpe in 2012, Jwala did the double in 2013 and Marsha, the last three-year-old winner, went from the City Walls to win the Abbaye before bagging the following season's Nunthorpe.

There is Group 1 quality in this year's renewal. Three starts back Alpha Delphini won the 2018 Nunthorpe, while Equilateral (King's Stand second) and El Astronaute (Abbaye third) have both placed in the most recent runnings of a five-furlong Group 1.

The likes of Major Jumbo and Tarboosh also have black type form to their names and need little introduction. A few of the less exposed sorts are worth poring over. Moss Gill and Que Amoro were first and second in a course-and-distance handicap at last year's Ebor meeting and have progressed since. Both have demonstrated bags of early pace, ideal for this speed-favouring straight course.

The three-year-old worthy of attention is Al Raya. Fifth in the Queen Mary as a maiden, she hit stride in August last year, culminating in a Group 3 win in France. She has yet to win in two starts this year, the latter back at Chantilly, but made progress in the meantime and could have some more to come.

As alluded to higher up, there is less of a draw bias over five furlongs at York than a pace bias. It is interesting to note that the likely pace is split between the lowest two stalls (Major Jumbo, Al Raya) and perhaps the likeliest pacesetter of all, Que Amoro, in stall nine of nine.

John Quinn, trainer of El Astronaute
He has a penalty to carry for his win at Doncaster last time but he likes York as it's a speed track and we go there very hopeful.

Bryan Smart, trainer of Alpha Delphini
We are looking forward to getting him back on track after over a year off and hopefully he comes back safe and sound. He'll improve for the outing as he's quite a big horse but  it will be nice to get him going again. 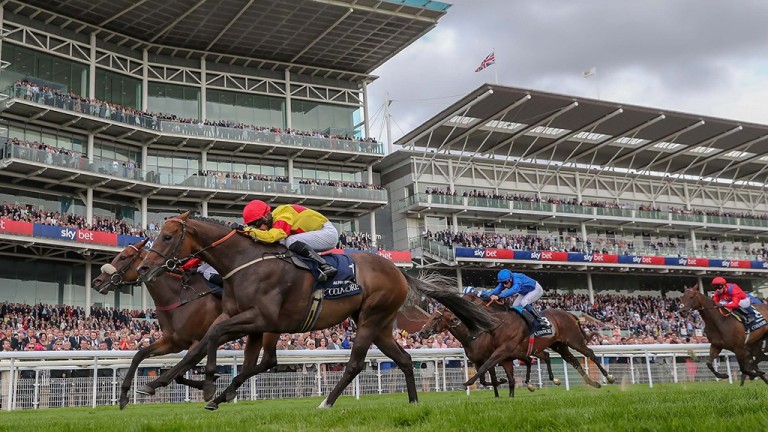 Alpha Delphini: the Nunthorpe winner returns after more than a year off
John Grossick

Adam Ryan, assistant to Kevin Ryan, trainer of Major Jumbo
He’s an ultra-consistent sprinter and an absolute delight to have in the yard. He always puts in a good performance; he’s always competitive. He deserves to get his head back in front again.

James Bethell, trainer of Moss Gill
He's shown he's good at York in the past and will enjoy going back on a flatter track after getting unbalanced in the Dip at Newmarket last time. It's a tough race with the likes of Equilateral in there but hopefully he'll be in the mix.

Paul Midgley, trainer of Tarboosh
I shouldn't have run him at Sandown the other day as the ground was too fast for him. His chances would be helped if the morning shower they are forecasting for the area is a big one.

Ed Crisford, joint-trainer of Al Raya
She was a Group 3 winner last year and this looks the right race for her but there are so few options for these fillies. It looks competitive but hopefully she can take a hand.

FIRST PUBLISHED 6:00PM, JUL 17 2020
He has a penalty to carry for his win at Doncaster last time but he likes York as it's a speed track