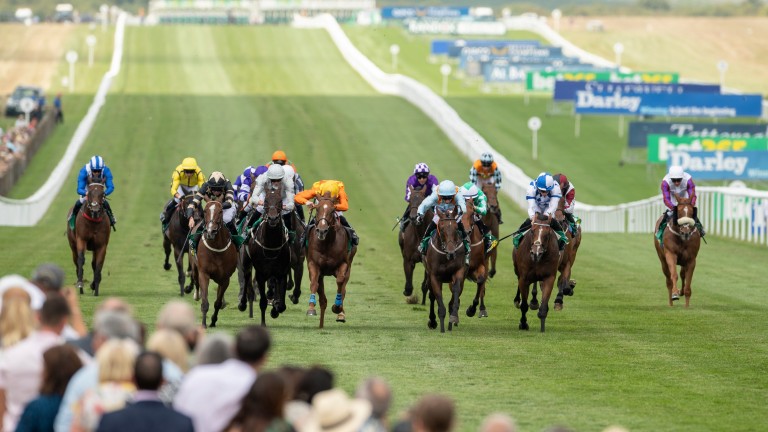 Action on Newmarket's July course: for racing to return, a number of things must happen
Edward Whitaker (racingpost.com/photos)
1 of 1
UPDATED 10:49AM, APR 27 2020

More than 20,000 British citizens have lost their lives to the coronavirus. Sadly, many thousands more are destined to be claimed in the coming weeks and months.

Racing, like all other sports, has ceased. There is no prospect of it resuming during the current phase of the lockdown which prohibits all but essential activities and has effectively brought normal life, and the economy, to a standstill in order to try to combat the spread of the virus.

In common with all of our readers and everyone in the sport, the Racing Post is desperate to see racing resume. A number of things are required if that is to happen.

First and foremost, the rate of infection with the coronavirus among the general population must be slowed considerably and there needs to be clear evidence that the health services can provide treatment for the volume of patients who can be expected to require ongoing critical care.

Second, the government must decide that it has seen sufficient improvement to enable it to ease the restrictions which currently outlaw gatherings of more than two people unless they are from the same family, and require us all to stay at home other than for limited exceptions.

Third, racing must persuade government medical experts, officials and ministers that it has developed protocols and procedures which would allow the sport to resume behind closed doors in a way which would pose no additional risk to the health of the participants or the wider public.

That in turn means that there is a fourth hurdle to be jumped – society must give 'permission' for racing to resume. In that context, it will be helpful if racing can enjoy 'air cover' in the form of other sports announcing their return at the same time. Anyone who doubts that need only look at the cafes, restaurants offering takeaway meals, and builders who continued to operate in the initial phase of the lockdown but were subsequently forced to close under a storm of protest.

Unfortunately there is a constituency within the sport that believes racing should be free to do what it likes when it likes. Some of this group are the same people who dismissed, and in some instances continue to dismiss, the coronavirus as "just like the 'flu".

Be in no doubt that unless there is acceptance among the wider public that racing behind closed doors carries no additional risk, there will be no resumption.

And let's be clear too that when racing does start again, it will not be perfect. There will be plenty that is not ideal, including reduced prize-money and limited opportunities for horses. The aim has to be to bring the sport back as soon as is practicable and build on that. 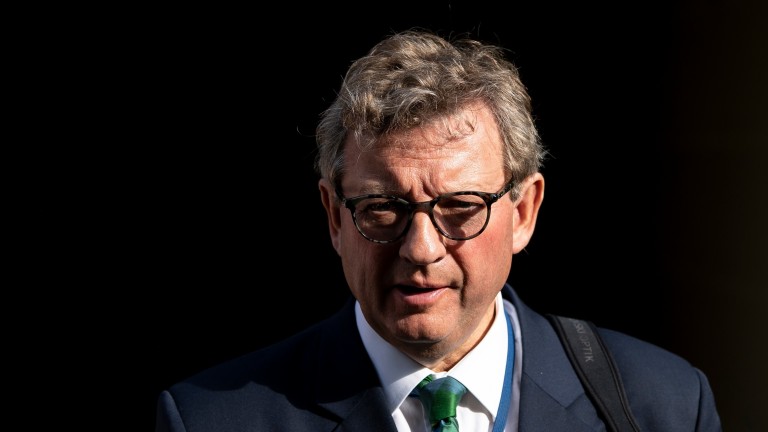 Mark Johnston: has called for Nick Rust to step down immediately
Edward Whitaker

Against this backdrop, trainers Mark Johnston and Ralph Beckett have decided, in a move that is as ill-judged as it is ill-timed, but is apparently supported by some other trainers, that this is the moment to campaign for the removal of Nick Rust as chief executive of the British Horseracing Authority ahead of the completion of his contractual term at the end of the year.

As detailed above, there are many factors stopping the return of British racing. The presence of Nick Rust at the helm of the BHA is not one of them. He has worked tirelessly to advance racing's cause and is doing his best for the sport in these uniquely challenging circumstances.

Remember too that Rust is the man who took some of the flak after the Cheltenham Festival was run in line with government advice. Yes, the subsequent coverage elsewhere was unfair and often unfounded. But, however wrongly, it has caused racing to forfeit goodwill with the public. That too is a factor in managing a resumption.

If there are shortcomings in the plans for British racing to return – and everyone has had long enough to think about it – they will not be due to any character flaws in Rust or any lack of effort on his part. Rather they will be a function of the inadequate way British racing is organised and managed, which has long been an impediment.

Johnston was formerly a director of the BHA, which makes his current stance all the more disappointing. He knows the problems. He knows how few levers Nick Rust has to pull on. And though he failed to improve the situation noticeably in his time as a director, Johnston should at least be aware that in the list of things preventing racing from resuming the coordinating efforts of the chief executive don't make the top ten.

Beckett has less direct experience of the workings of the BHA but doesn't seem at all short of things he wants to rail against, boycott or petition about. In this instance, and in particular as someone who actually sits on the committee planning a resumption, he has hopelessly and shamefully misjudged the situation and done himself and the sport a disservice. Indeed, he and Johnston may even have done serious harm because public division is not going to improve British racing's cause and certainly won't bring it back any sooner.

As other leading trainers, perhaps with the benefit of more measured temperaments and clearer insight, were quick to point out, this is the time for racing to unite around a common purpose of returning to action. Nick Rust and his team at the BHA, working with racecourses, horsemen and many others, are well capable of steering that course – but only when the wider public health issues allow.

FIRST PUBLISHED 5:30PM, APR 26 2020
He and Johnston may even have done serious harm because public division is not going to improve British racing's cause